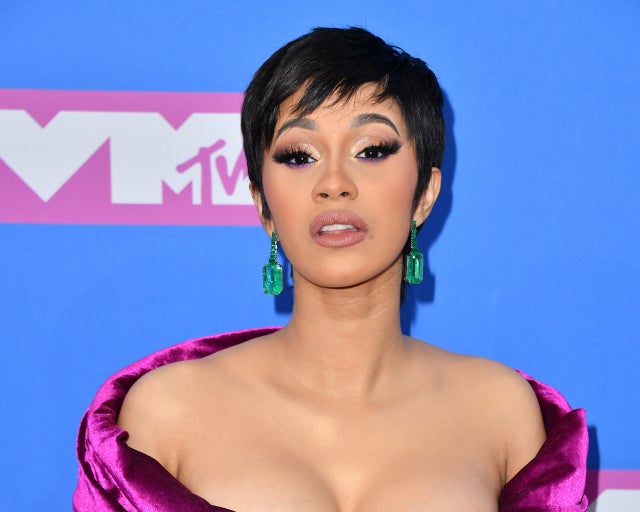 Nicki Minaj and Cardi B, two of America's most prominent rap and hip-hop artists, nearly came to blows, separated by their security detail as Cardi B curses her rival and lobs a shoe at her. Image: Angela Weiss / AFP

As the spring/summer 2019 season flits to Europe, with style fests in London, Milan and Paris, here’s a quick round up of the top 10 takeaways from the Big Apple.

Happiness is the truth

Dark times be damned was the vibe this season. Why suffer in unease about the Trump presidency, global warming or threat to Western liberalism when you can put on a yellow frock?

There were bright colors galore. Yellows, mustards and chartreuse were on display at Carolina Herrera and Kate Spade. Michael Kors dubbed his show “Sunny Side Up.” Matthew Adams Dolan sported florescent yellow.

“Especially today, when things are heavy and dark and difficult and we don’t know the way through, it’s good to deal with that with a light touch,” said Niall Sloan, the creative director at Escada.

T’was the season of anniversaries. Ralph Lauren marked half a century in the business, by inviting A-list stars such as Oprah Winfrey, Steven Spielberg and Kanye West to a black-tie do in Central Park.

Models of color were center stage like never before. Pyer Moss went for an all-black line-up. Hugo Boss, Kate Spade and Tory Burch had diverse casting. Older women also strutted their stuff at Sies Marjan and Maria Cornejo. Friends and relatives of the designers walked at Vaquera. Women of all shapes and colors frolicked for Rihanna.

New York’s most populous borough, so big that if it was independent it would be the fourth largest city in the United States, has been the den of hipsters and international cool for years.

This season it hosted Rihanna’s underwear bash. Pyer Moss took the glitterati to a heritage center to honor a collection that embodied black power and Eckhaus Latta took over an industrial space.

New York’s Democratic primaries are Thursday and a few of the more politically minded urged their guests to head to the ballot box.

Red-carpet favorite Christian Siriano endorsed “Sex and the City” actress Cynthia Nixon in her attempt to unseat Governor Andrew Cuomo while Maria Cornejo exhorted guests to “use your voice and vote”.

Keep it powerful, keep it comfortable and keep it straightforward. Those are the mantras for clothes for women juggling careers, families and everything else life flings at you.

Escada reimagined the 1980s power suit, making it softer and more modern. There were shades of the same at Marc Jacobs. Tom Ford went back to the pencil skirt. Kate Spade opted for comfort with platforms and dresses that go seamlessly from day to night.

Nicki Minaj and Cardi B, two of America’s most prominent rap and hip-hop artists, nearly came to blows, separated by their security detail as Cardi B curses her rival and lobs a shoe at her.

Cardi B was photographed with a large bump just above her left eye, later complaining that Minaj had criticized her qualities as a mother.

Tassels and fringes were everywhere from Coach to Michael Kors to Longchamp, adorning sleeves, bags, skirts and shorts.

Critics love to complain that New York isn’t daring enough, that Europe is more creative, but there was a smattering of new talent.

Sies Marjan has been going from strength-to-strength since being founded in New York by Dutch designer Sander Lak in 2016. Independent brand Vaquera has won plaudits for its originality.

Kerby Jean-Raymond is putting Pyer Moss on the map and Wes Gordon injected modernity into his debut collection for Carolina Herrera, a staple with the Park Avenue set. AB