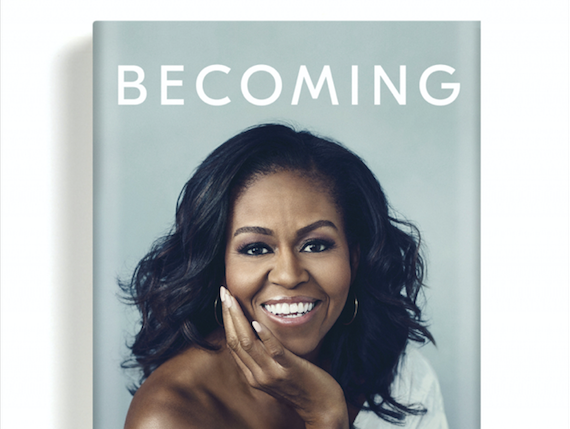 Michelle Obama is set to support her highly anticipated memoir, “Becoming”, with a United States tour that hits 10 cities this fall.

Kicking off in Obama’s hometown of Chicago on Nov. 13, the tour includes stops in Los Angeles, Washington D.C., Brooklyn, San Jose and Dallas, among others.

Organizers are promising “intimate and honest conversations between Mrs. Obama and a selection of to-be-announced moderators, reflective of the extraordinary stories shared in the wide-ranging chapters of her deeply personal book.”

Michelle Obama revealed the tour news herself in a video posted to social media in which she discusses the memoir and plans for the tour.

“It is totally and utterly me,” she says of the book, while saying the tour will feature “some of my friends, some people that you all know, some of my family members.”

Join me on my book tour!

JOIN ME ON MY BOOK TOUR! www.becomingmichelleobama.com #IAmBecomingI’m from the South Side of Chicago. I went to Princeton and Harvard. I’m a wife, a mother, a daughter, and a sister. I’ve been a lawyer, a nonprofit leader, a hospital executive, and First Lady of the United States. I like to call these my “stats” – the shorthand we all seem to default to whenever we tell our stories. Where are you from? What do you do? What school did you go to? As I’ve written my memoir, BECOMING, I’ve spent a lot of time thinking about my story, mining it for the kinds of details I’d usually just brush off or even forget about—the narrow taillights of my father’s car, a talk with my mother on a drive home, the heat of my daughter’s forehead when she ran a fever. And in doing so, I’ve realized that those surface-level “stats” don’t really tell my story at all. This fall, I’d like to share that fuller story with all of you on my book tour. It’s the story of my humdrum plainness, my tiny victories, my lasting bruises, my ordinary hopes and worries. It’s the story of who I am, truly, and I’m proud of it—blemishes and all. Go to BecomingMichelleObama.com to find out where I’ll be and how to get tickets. #IAmBecoming I hope to see you somewhere along the way!

The tour dates are as follows:

Tickets will go on sale to the general public on Sept. 21 at 10 a.m. local time via becomingmichelleobama.com.

“Becoming” will be published in the U.S. on Nov. 13, the day the tour gets under way. JB