‘She left a little sparkle everywhere she went’ | Inquirer Lifestyle 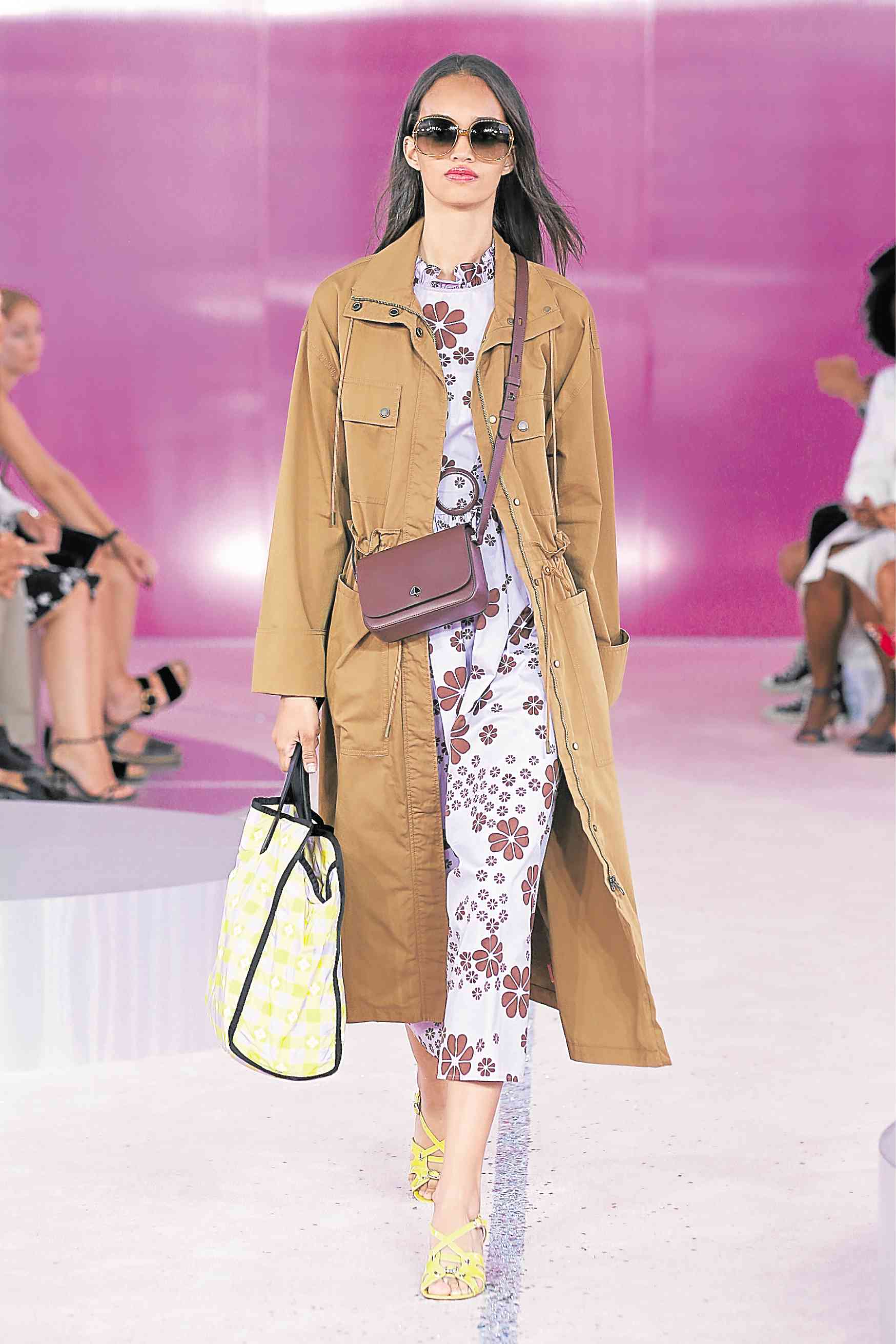 ‘She left a little sparkle everywhere she went’

In New York City, some things never get old. Sure, there are many landmarks, names, figures  and events that are part of New York’s history, but they never lose their charm. This especially holds true of New York Fashion Week.

Labels and designers manage to pull off innovation and reinvention every season. Runways are never staid and boring. They’re always exciting.

This was the case during the Kate Spade SS ’19 presentation. The show was much anticipated, since it was the debut collection of Nicola Glass, the new creative director of the label who took over the house when Deborah Lloyd stepped down last January.

Lloyd was at the helm of Kate Spade for 10 years, so it’s exciting to see how Glass will take the brand’s DNA and make it her own.

For her first collection, Glass and the team at Kate Spade paid tribute to the founder. Despite being no longer connected to her eponymous fashion house at the time of her death earlier this year, Spade had left a mark in fashion up to the very end.

Glass played around with the qualities of the Kate Spade stamp—carefree, practical and  fun.

“She left a little sparkle everywhere she went,” said the new house designer’s notes.  This was a play on Spade’s famous quote about the Kate Spade woman: “She makes the day brighter, she leaves a little sparkle wherever she goes.”

Shoulder bags had locks in the shape of a spade. The laser-cut bucket bags also carried the spade, which was true to the label’s penchant for whimsy.

It also wouldn’t be a Kate Spade collection without an explosion of fun colors and prints. Pinks were present along with lilac, raspberry red, bright yellows and blues.

Patterns also played a part in the collection, fitting for a bright spring/summer ahead, as they were found in the sundresses and scarves.

A purple pair of boots made an appearance, along with cute sandals that would go well with a fresh pedicure.

It was fun to watch the show. I took a lot of videos on my phone so I could remember the feeling again—a feeling of sun, sand and summer.

As much as we all need to remember the past and the people who helped us get to where we are now, we always have to look ahead. That’s exactly what I felt while watching the show.

A good runway show is amazing. It infuses a positive note into everyday life.

So here’s to a fresh Kate Spade! I hope it continues to tell the story of women in the best way possible.