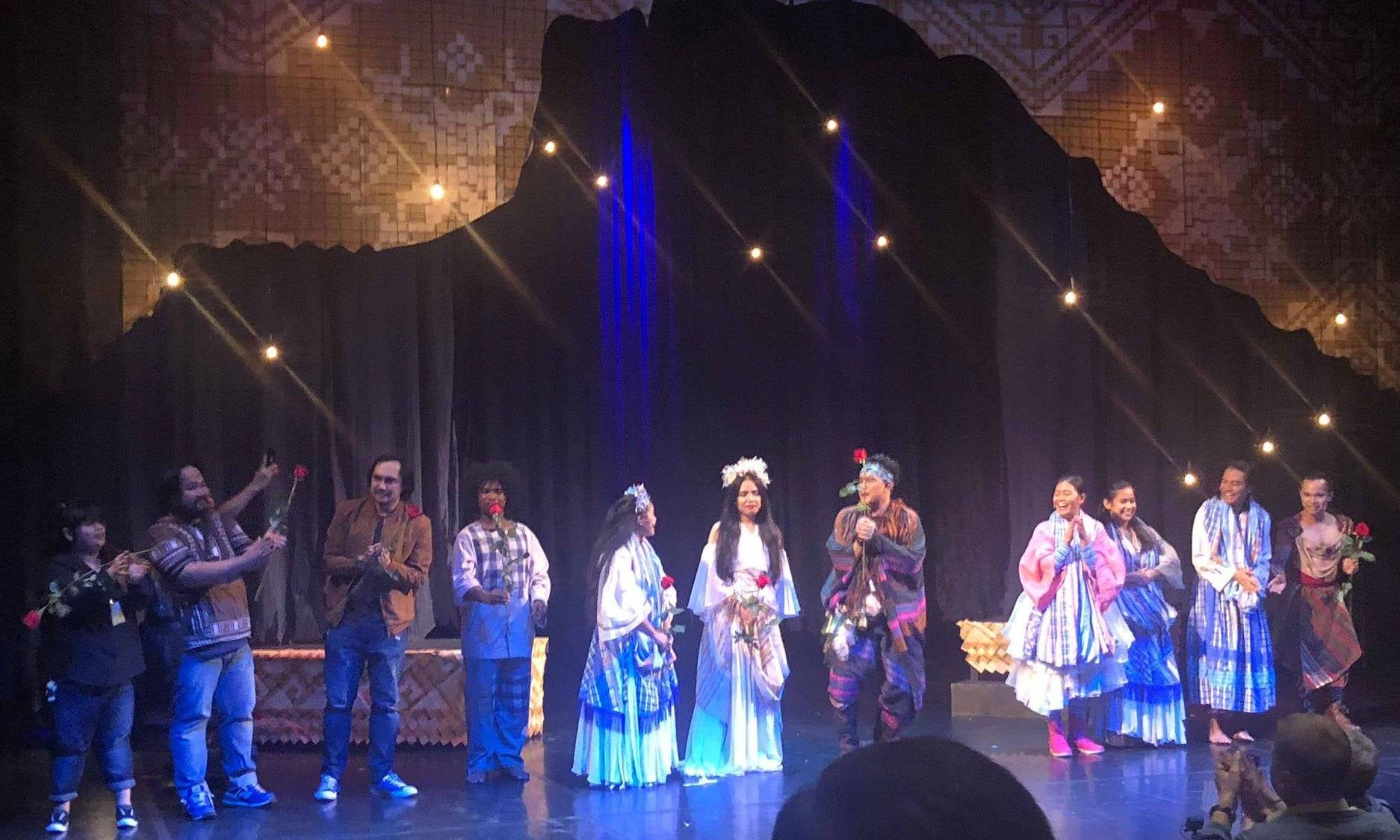 After the performance of “Nang Dalawin ng Pag-ibig si Juan Tamad (How Love Came to Juan Tamad)” by the Tanghalang Pilipino (TP) Actors’ Company, theater audiences and crew members congratulated and hugged the cast and staff, saying how much they were touched and brought back to their youth by the play.

Not surprising, perhaps, since the play was intended for young audiences. But the performance of the play written by Rody Vera and directed by Jonathan Tadioan, though in Filipino with English supertitles, was not in the Philippines, but at the Theatre Centre Vishnevy Sad (Cherry Orchard) in Moscow, Russia.

The young members, apprentices and scholars of the Actors Company, had been chosen to participate in the XII World Theater Congress of the International University Theatre Association (AITU/IUTA) and the VI Moscow International Festival of University and Youth Theatres 2018. The trip was made possible through the efforts of Arsenio “Nick” J. Lizaso, president of the Cultural Center of the Philippines and executive committee member of AITU/IUTA.

At the opening ceremony held Aug. 20, the Philippine contingent stood out from among the eight participating troupes when the cast went onstage in traditional Filipino garb as they performed a song from the play composed by TJ Ramos. Some of the delegates complimented the company on the seemingly effortless way they drew the audience in via their sincere, warm rendition, done in Filipino, without translation.

At the gala performance on Aug. 23, the 300-seater theater was packed, with Filipino residents, led by Ambassador Carlos Sorreta and his wife, in attendance, along with delegates to the congress.

From the first strains of the music, the audience was in rapt attention. Laughter could be heard not only from Filipinos but also from the multiracial members of the audience.

When the 80-minute performance by the eight-member ensemble was over, four curtain calls were necessary before the applause died down.

Georgy Antonov, a Russian actor in the audience who served as one of the guides to the company, told us about his perspective on the performance. He had wondered how Filipinos, who come from a country often visited by calamities, could have such a positive outlook in life.

He found the answer in the play.

The Russian archetype of a hero would find himself in situations requiring him to conquer obstacles and win. In TP’s play, Juan Tamad does nothing of the sort. Gifted with riches, he still decides to turn back and go home. While his decision results in unintended consequences, the play offers love as the means through which problems can be resolved.

Knowing that the play was based on a folk tale written by National Artist Nick Joaquin, Antonov concluded that it must be rooted in the Filipinos to be deeply hopeful despite all odds, and that there could only be such a tremendous capacity for love among us as a people.

At a dinner hosted by the Philippine Embassy the day after the performance, Ambassador Sorreta congratulated the delegation for helping bring better understanding among Russians and Filipinos, which can only result in improved relations between the two countries.

At the closing ceremonies, newly elected AITU/IUTA vice president Lizaso invited everyone to come together at the XIII World Theater Congress in 2020—to be held in Manila.

Dennis N. Marasigan teaches Script Analysis to the Tanghalang Pilipino Actors Company and is program head for Theater Arts at MINT College. He was part of the Philippine delegation to the XII AITU/IUTA World Theater Congress, and presented a paper titled “The Practice of Theater as Therapy in the Philippines.”