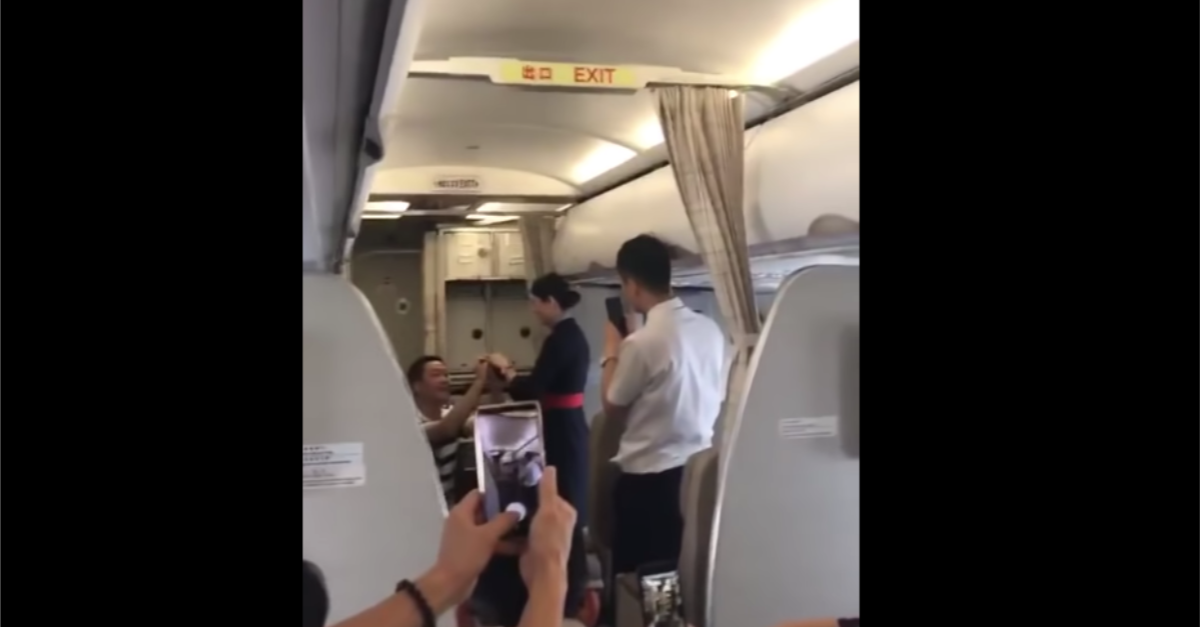 Wedding proposals, for the most part, are romantic in nature — until it causes one to lose his or her job.

Never in the wildest dreams of one unnamed China Eastern Airlines flight attendant has it occurred to her that her boyfriend’s heartwarming mid-flight proposal will cost her her job. In May, the sweet video of her boyfriend asking her hand in marriage went viral in Chinese social media.

The said video was first shared by Chinese news video platform Pear Video on May 19. Weibo, a Chinese microblogging site and social media platform, also uploaded the video on its YouTube channel on the same day.

The flight attendant was taken by surprise when her boyfriend dropped down on one knee and asked for her hand about half an hour after their flight from Xi An to Yinchuan took off. Still in shock, she made use of the in-flight announcement system to thank the passengers who have applauded and filmed the romantic gesture.

A recent development on the story, however, put a damper on the supposedly merry event.

Apparently, China Eastern Airlines sent a letter dismissing the flight attendant from the company, as reported by Liaoning STV via Singapore’s Channel 8 on Sept. 12. The said dismissal letter stated that the reason why she was removed from her post is that the romantic proposal caused a disturbance. Such disruption could have endangered the safety of the flight’s passengers.

The airlines’ decision became a point of contention on Chinese social media. Some netizens were against the decision, going as far as to call the airlines’ officials as “inhuman” for firing her over a marriage proposal. Others, meanwhile, were in favor of their decision, stating that such romantic gestures should be performed away from the eyes of the public.

“Before the plane takes off, it is important to evenly distribute the weight of the baggage and passengers in the plane,” one netizen said, providing an explanation for the airlines’ decision. “A disturbance like that of a marriage proposal may cause passengers to unfasten seat belts and move to different places in the plane. This, in turn, may affect the plane’s balance and air flow.”

China Eastern Airlines have yet to comment or issue an official statement on the matter, as of this writing. Kate Matriano/JB