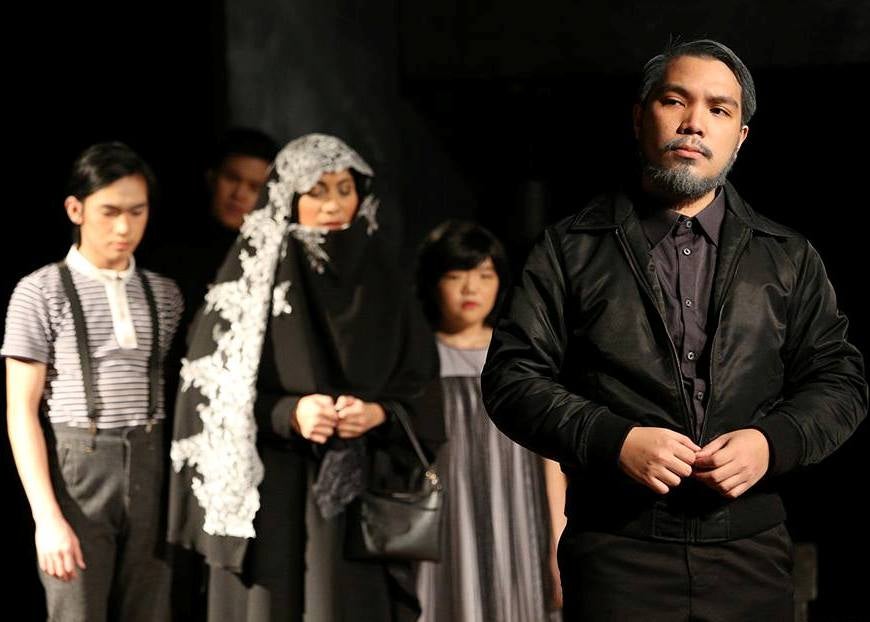 DUP’s ‘Six Characters in Search of an Author’ is bold, immersive 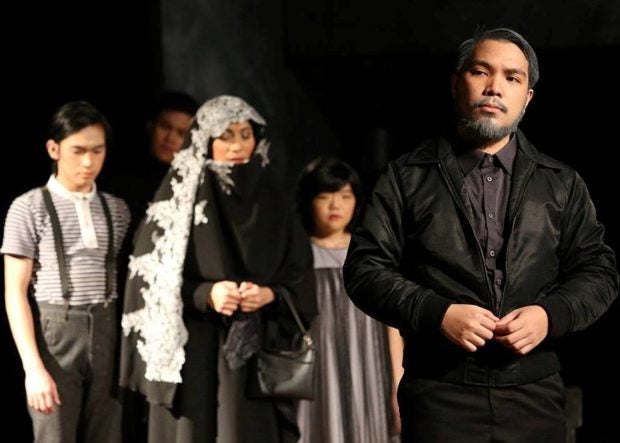 Dulaang Unibersidad ng Pilipinas’ (DUP) “Six Characters in Search of an Author (Anim na Tauhang Naghahanap ng May-Akda),” which runs until Sept. 30 at Wilfrido Ma. Guerrero Theater, UP Diliman, observes the chaos that unfolds when a theater rehearsal led by a young Director (Joshua Ade Valenzona) is interrupted by the arrival of six actors who claim to be unfinished characters in need of a writer.

Originally written by Luigi Pirandello in 1921 (and translated into Filipino by Rody Vera), the play is known to be deliberately frustrating—perhaps too much, for some—but immersive direction from Tony Mabesa and a slew of bold performances make this a particularly effective rendition of the material.

“Six Characters in Search of an Author” makes its strangeness known from the very beginning, when the actors come onstage with the house lights still up. In fact, the house lights remain switched on for most of the production, and the intermission isn’t formally announced over the speakers. Dulaang UP wants us to feel like we’ve really stumbled into a rehearsal and the things we’re seeing are occurring in real time.

The stage is appropriately bare and the props are old and worn. Only when the titular characters begin telling their story do the lights dim and the stage transforms into a faded memory of tragedy. Reality becomes difficult to grasp, and “Six Characters in Search of an Author” is all the better for it.

The play opens itself up to all manner of directorial interpretation, but Mabesa keeps things visually simple, with all the main action always taking place center stage. Where he chooses to complicate things, however, is in the audience’s role as observers. Any actors who aren’t needed onstage are made to occupy the sides, where they sit and watch, conversing among themselves.

When the production does come to an end, immediate responses from the audience are bound to be ecstatic or confused. To give credit to the play’s detractors, Pirandello’s script really isn’t dramatically satisfying in the traditional sense. It’s a story that acknowledges its own futility, but an argument can be made that acknowledgement of the fact doesn’t excuse the material’s actual lack of a resolution.

Dulaang UP attempts to color “Six Characters in Search of an Author” with a bit of local flavor, making several references to current local culture, but these attempts to make the production’s ideas more immediate are ultimately unnecessary (at least, for the English staging).

Still, it would be unfair to write off the play as obtuse and overly abstract when it stands as one of the most intense depictions of writer’s block ever captured on stage. More specifically, “Six Characters in Search of an Author” suggests that any form of creative writing is intrinsically untrue to a certain degree. It argues—through both humorous and dramatically weighty exchanges—that any attempt to accurately reproduce real experiences of tragedy is impossible. Try as the Director may to organize and reconcile all of the characters’ viewpoints, the end result may be all for naught.

Whether or not one finds lasting value in the questions that “Six Characters in Search of an Author” brings up, one must admit that the cast guides us through its process of inquiry with skill and precision. Valenzona’s bewilderment as the Director is matched by equally intense performances from Nico Varona (Father) and Tristan Bite (Son). Issa Lopez (Mother), Reynald Santos (Boy) and JY Kim (Child) form a gothic tableau of people suffering in silence, while Hariette Damole (Stepdaughter) takes over the entire stage, sashaying and cackling loudly but harboring perhaps the deepest pain of anyone in the cast.

You might not perfectly understand everything that happens, but there’s no doubt that it feels true.