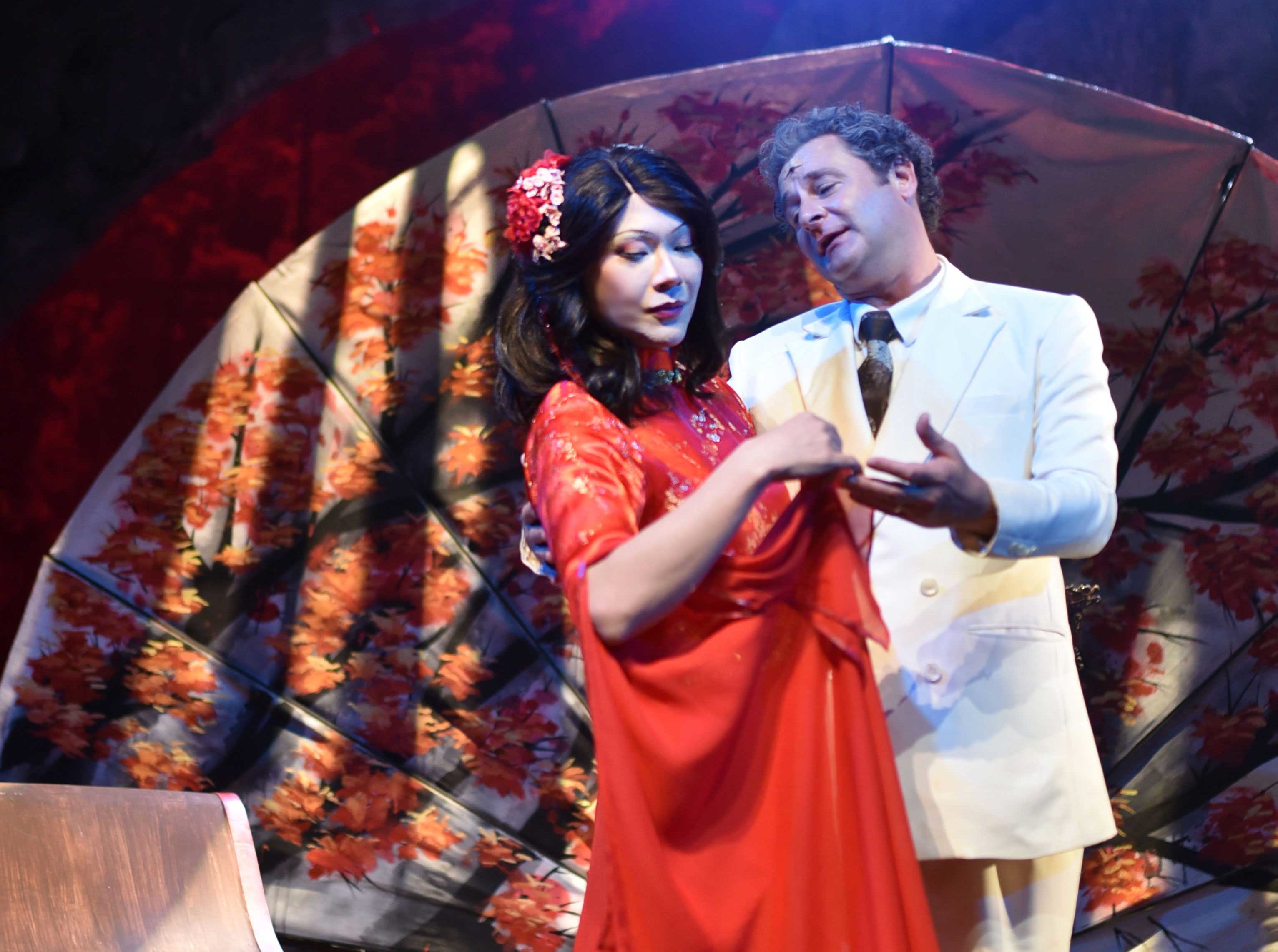 The return of M. Butterfly to the Philippine stage has been quite a success. A new flavor has been added to the The Tony award winning play thanks to the direction of Kanakan-Balintagos together with producers Jhett Tolentino (Tony and Grammy award-winning Broadway producer) and FRONTROW Entertainment. The story remains the same but the experience, as with most great plays, is different and exciting once again.

M. Butterfly mixes drama and tragedy as it follows Rene Gallimard, a civil servant assigned to the French embassy based in China, and his love affair with the mysterious and mesmerizing Song Liling.

RS Francisco, celebrated theater actor, reprises his role for this run, bringing a different dimension to the play. True fans will appreciate comparing his past performance of Song to his current one and how he has grown stylistically through many years. There is truth to how they say some things do get better over time.

As for the other elements, they are rightfully adjusted to adapt to today’s social media driven audience. While no doubt that the original Tony Mabesa staging of M. Butterfly was a winning recipe, this one contains a bit of a twist. After all, the beauty of well-written play is how every production tells it in their own unique way, while staying true to the story. So this isn’t simply repetition of the Broadway production. The dynamism and spontaneity in live theater is present

This was further enriched by the unbeatable talent behind the scenes. The creative set design is by Ohm David. Costumes were made by one of the country’s best couturiers Eric Pineda. Sounds are by Jethro Joaquin and music by Joed Balsamo. On the other hand, the graceful choreography is by ballet star Carissa Adea. Top that all off with the operatic vocals of Rica Nepomuceno.

M. Butterfly returns at the most ideal era re-defining the conflicts between the east and the west while tapping on relevant issues like gender equality and expectation versus reality. Although the story was from the latter part of the ‘80s, this play which was “ahead of its time” is more timely than ever. Not to mention that this year marks the 30th anniversary of David Henry Hwang’s legacy. Highly-relatable, poignant, intriguing, artistic and visually stunning – history has repeated itself tastefully and suitably for this return of M. Butterfly. It is no wonder that wherever you look, these days, you are sure to find butterflies coming out of everyone’s lips.

Catch M. Butterfly at the Maybank Performing Arts Theater in BGC until September 30, 2018. Tickets are available at ticketworld.com.ph (interested show buyers may contact 0917- 623 – 3834) and 100% of the proceeds from all shows will go directly to charity. Don’t hold back from indulging in this theatrical feat as your ticket purchases will sure benefit the life of another!