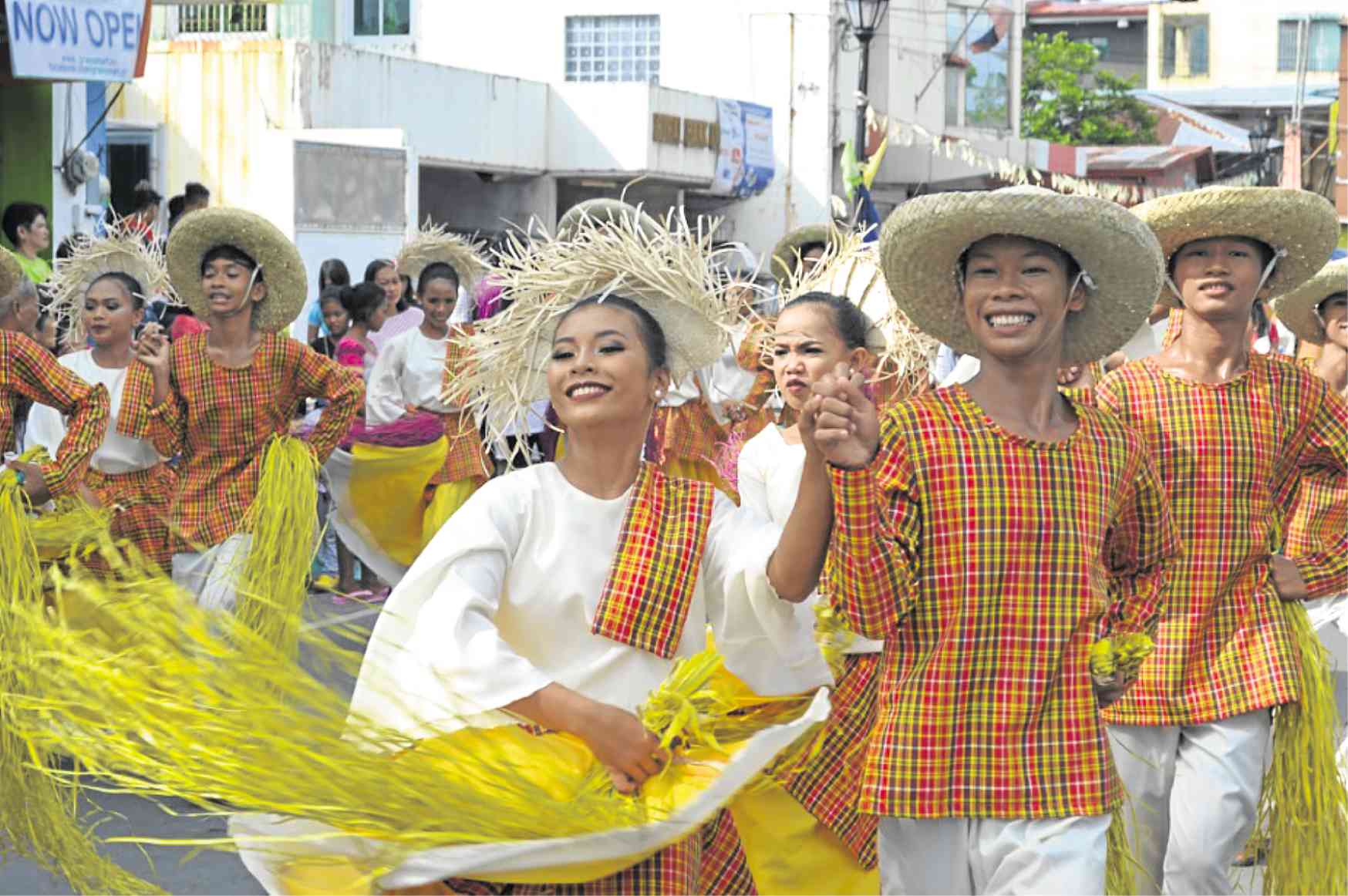 Participants of the street-dancing competition use buri palm as props —PHOTOS BY EDGAR ALLAN M. SEMBRANO

Maubanog is from the town’s name and the word “bangog,” meaning “high
spirit.”

First held in 2000, the weeklong event, which is an expanded town fiesta celebration supported by the National Commission for Culture and the Arts (NCCA), featured trade exhibit, indigenous games, cultural night and barangay-arch decorating contest.

It was highlighted by the street parade and street dance competition, participated by 17 primary and high schools, including a contingent from the Dumagat ethnolinguistic group.

The Maubanog Festival song and the “Nilala” (weave) song and dance were utilized by the competing participants to represent some of the town’s famous people, such as the Dumagat leader Gat Pangil, also known as Gat Uban, whom the town was believed to be named after, and Jesuit scholar Fr. Horacio dela Costa.

The festival song is a song of thanksgiving for Mauban’s bountiful sea and agricultural resources while the “Nilala” imparts and simulates the weaving of the traditional hat called sambalilo.

Aside from its weaving industry, Mauban is also known for its nipa lambanog called lambanog sasa or nipanog.

The town also boasts a number of heritage structures: the 1725 public bath, a declared Important Cultural Property (ICP); Spanish-era seawall, which is a declared cultural property Level II (a notch lower than the ICP); the modern San Buenaventura Church; and the Spanish colonial cemetery, with its intact arched main portal, chapel façade and a number of old niches.

Mauban also has a number of heritage houses dotting the poblacion such as the homes of the Pansacola, Quintana and Dela Costa families, and other heritage structures with art deco elements.

Its Rizal Monument erected in 1925 is also notable since it is not located in the town plaza but in a hill called Calvario, a Spanish-era guard post that later became the headquarters of the American forces and guard post of the Philippine Constabulary and the Civilian Emergency Administration until 1945.

The monument was declared a historic site by the National Historical Commission of the Philippines in 2011. —CONTRIBUTED