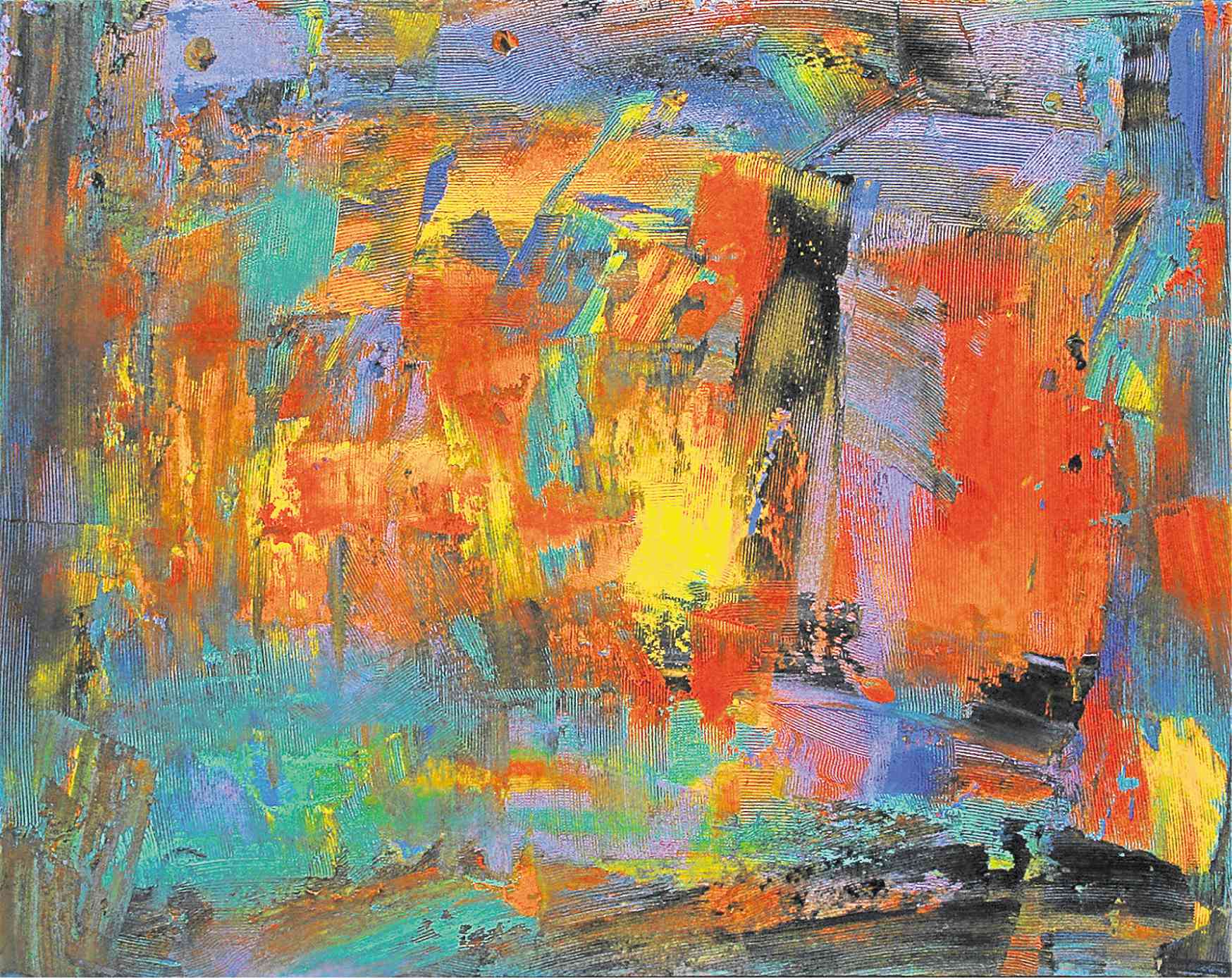 Apropos the abstractionists of his own country, the critic David Sylvester once wrote: “The difference is not between a poetic art and an art which has physical presence and no soul: it is the difference between an art which relies on evoking things outside itself, an art that is somehow transparent, and an art which evokes other things only when it has firmly and decisively established its own reality.”

The passage fairly leaps off the page and into the consciousness of one who has always admired the works of Norberto Carating. The appreciation of this artist’s works is deepened by the knowledge that one has seen his works from the past decades when Carating was working with works that bear no resemblance to his recent direction. Like many artists who were enamored with abstraction, Carating started as a gestural painter. Gestural, not in the sense of the New York bravura style, with the arm-flinging paint and the humongous canvas. Rather, it is gestural in the restlessness of marks and the mobility of paint, the joyousness which the paintbrush conveys by its own animation, gaining speed along the way, and in the excitement of the painting slowly discovering itself. The series of paintings associated with him at the time was called “Laman-Lupa.” Typical of vernacular combine-words, it seems to defy translation. However, the term evokes a more mysterious, if not sinister realm of the spirits, not all of them benign and friendly.

In recent years, Carating has lit upon a new approach to painting, using a technique that demands an almost scrupulous manipulation of pigment. Essentially geometric in terms of composition, they are distinguished by the application of paint as if furrowed by a fine toothcomb, an instrument producing a visual vibration like thousands of strings being strummed, and within the minute interstices, the most lyrical shades of light emanate and flood our eyes. The viewer is quietly thrilled by the sensations of subtle colors, mostly earthen hues, even courting a dull and faded tonality, and the disciplined rigor of the execution, which might be mistaken for sheer fastidiousness on the part of an artist in close control of his design and chromatics. Carating’s connection and affinity with nature comes into fruition with his profound relationship with the earth and the seasons, evoking the scent of sodden soil and fallen leaves and the mood of a landscape, in works like “Twilight,” “Early Morning Light” and “Autumnal Feast.”

And now in his current show, Carating takes the viewer farther away into “Deep Forest,” his current show at Globe Art Gallery, organized by Hiraya Gallery. While still using the now trademark striated lines, the artist has switched to a more free-handling dispensation of lines, sending them in various directions, really bold and gestural but not manic as to disturb the mood of nature, as it were, or leave the design composition unresolved.

These new works seem more deeply contemplative, drawn into itself, distant somehow, and yet there is much to savor visually in the buried colors between and underneath the interstices, their transparency still flickering despite the dark modulation of tones and, more importantly, evoking things outside itself. Too look for literal floral shapes, for instance in Carating’s “Floral Field” or a setting sun in “Dapit Hapon,” is really not seeing the forest for the trees. —CONTRIBUTED