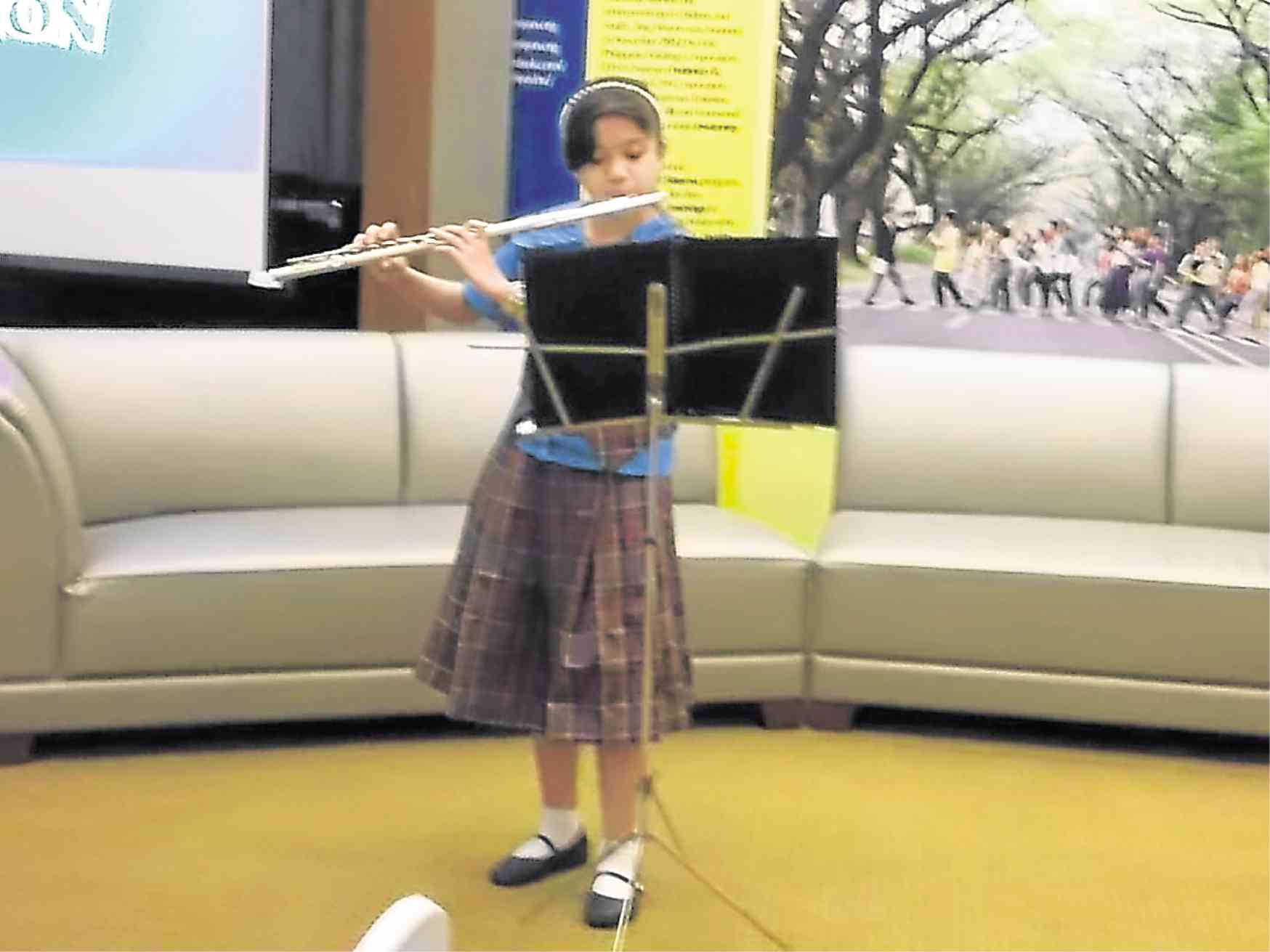 Orchestra of the Filipino Youth goes to Qatar

The Orchestra of the Filipino Youth (OFY) is composed of 68 musicians, 45 males and 23 females, ages ranging from 6 to 19 and above. The musicians, called scholars, come from modest, underprivileged or disadvantage communities. Ninety percent are in school, the others are degree holders (six percent) or out of school (four percent). The most number of fathers of the youths are electricians, laborers or retired/unemployed, respectively; a great majority of the mothers are housewives.

The OFY, which is under the aegis of Ang Misyon, an nongovernment organization, will be performing two concerts late in October in Qatar.

Presented to the media were five members of the orchestra, who also performed and impressed the media with their musicality, poise and intelligent answers during the open forum: JM Eserjose, concert master; Paolo Imperial, Vera Cuevas, Justine Valderama and Carmela Casas.

“Music can change your life,” said Casas, 12, flutist. “I want to share classical music, not just pop.” Eserjose, 17, violinist, declared: “without music there is no inspiration.”

Imperial, double bass player, the oldest of the group: “Father passed away early this year, so I support my family arts along with culinary arts! I also want to teach people my age now.”

The repertoire in Qatar will consist of Dmitri Shostakovich’s difficult but frequently performed “Symphony No. 12,” written when the composer was being harassed by the tyrant Stalin; “Danzon No. 2,” by the contemporary Mexican composer Arturo Marquez; “Mambo No. 8” and “Que Rico Mambo,” by Perez Prado, who died in 1989; “Kahit Maputi na Ang Buhok Ko,” by Rey Valera, the popular OPM sang by Nora Aunor and Sharon Cuneta, now arranged for orchestra by Ria Villena-Osorio; and the “Nabucco Overture” by Verdi.

“Many of the orchestra members see music as a way to a better life,” said Drilon.

“Filipinos love music, they are inspired by music,” declared Lopez. “It’s all over the place. It’s a powerful instrument for social change, and has the ability to open doors.”

Using a metaphor, music director Dos Santos said: “I have found gold in the quality of the music being played by the youths in the Philippines.”

The young musicians come from mostly low-income families across Luzon and the Visayas. They have performed in various venues in Metro Manila and in the provinces from Isabela to Negros Occidental, also in Malaysia and the United States. They will now perform at the Qatar National Library on Oct. 25, and the following day at the opulent Katara Opera House. —CONTRIBUTED