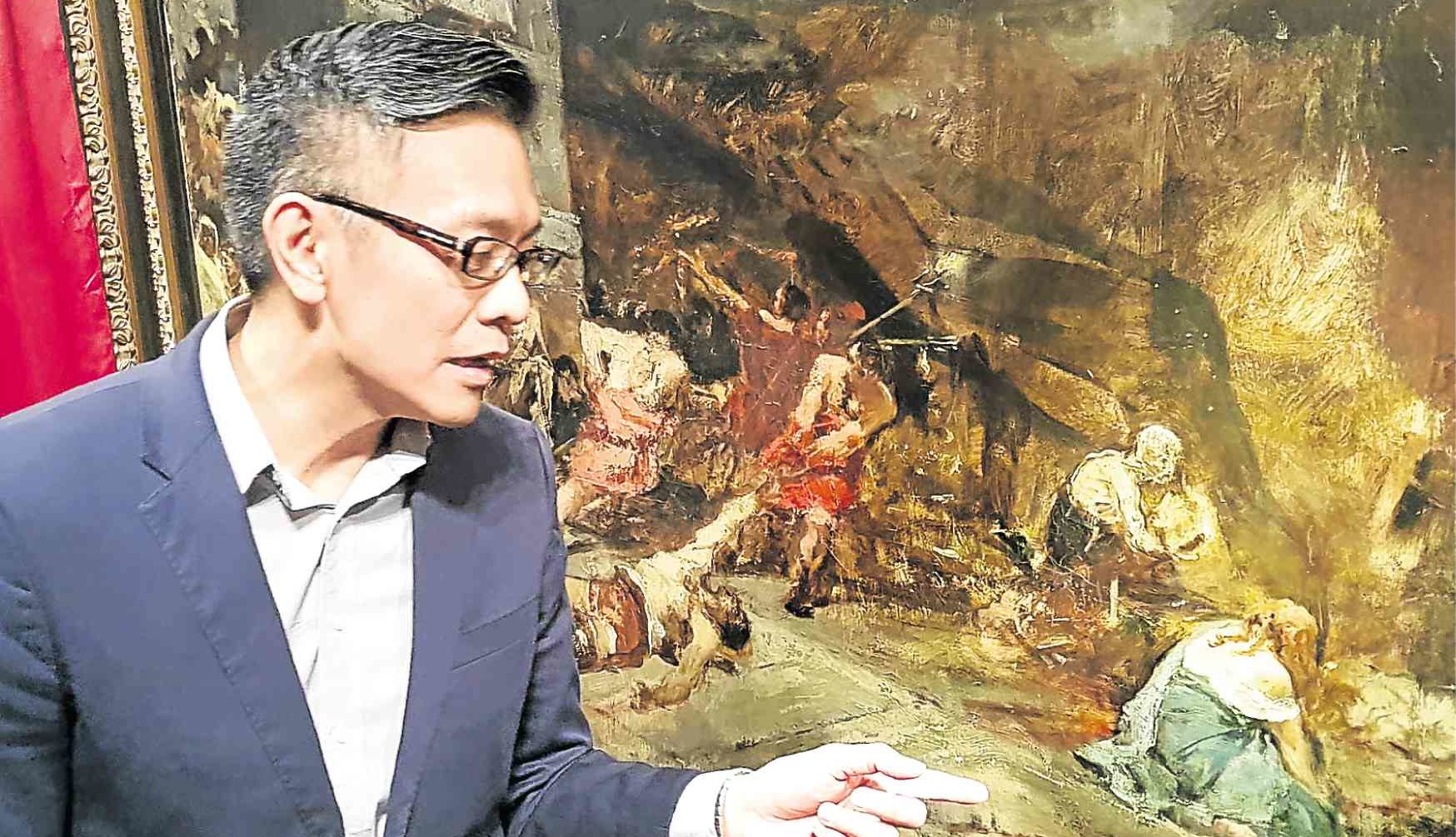 The “boceto,” or purported study of Juan Luna’s immortal “Spoliarium” that Salcedo Auctions has just bid out, may have divided collectors and experts, but it has also livened up the art scene.

Salcedo declared on Sept. 22 its “Boceto for Spoliarium” sold to a phone-in bidder for a final hammer price of P63 million.

The bid, received through the phone by Salcedo director Ramon Lerma, prevailed over that of Sheila Bermudez-Romero, art collector, along with her spouse, businessman and party-list Rep. Mikee Romero.

Despite the sale, experts and collectors remained divided.

In a TV investigative news program, art historian Santiago Albano Pilar, author of “Juan Luna: The Filipino as Painter” (1980), expressed doubts on the provenance of the boceto.

Pilar said there was no historical document to show Luna ever made a boceto of “Spoliarium.”

Lerma had said that the boceto originated from the Castiñeira family of Spain.

José Vazquez Castiñeira, a solicitor and mayor of Sarria in 1890, had a son, Francisco Vazquez Gayoso, an accounting officer of the public treasury, who gained possession of the works.

Ownership was transferred to his wife, Maria Nuñez Rodriguez. Childless, she then entrusted the boceto to the current owner, who chose to be anonymous, said Lerma.

But Pilar said he could not find Castiñeira among the list of friends and patrons of Luna.

He added that Luna had made only two smaller copies of “Spoliarium,” one of them for a Russian nobleman.

While Salcedo’s boceto is, according to Lerma, a “miniature version” of the mural, Gonzales’ is a detail of the central focus of Luna’s work: fallen gladiators being dragged out of the Roman Colosseum into the “Spoliarium,” or area of despoliation.

Art experts pointed to the bocetos of “La Batalla de Lepanto,” in the holdings of the National Museum of the Philippines and now on loan to the National Gallery Singapore: they’re studies of certain aspects of the actual work, also a mural depicting the Battle of Lepanto that now hangs in the chamber of deputies or lower house in Madrid.

Unlike Salcedo’s, Gonzales’ boceto is not signed or dated; it doesn’t have inscriptions.

“It was owned by the Fernandez de Castro family before World War I,” he said. “This family was known for having owned a hotel in Barcelona. It was then bought from the family by Joaquin Carbonell Arnau, who in turn conveyed it to [me].”

Gonzales, who has been dealing in late 19th-century art since 1987, said his boceto had been restored and documented. Everybody is welcome to take a look at it, he added.

As if to add to the confusion, León Gallery on Sept. 26 unveiled before a tony crowd of art collectors and lovers what appeared to be the real thing.

Guests that included historian Ambeth Ocampo and art collector-patrons Pauline Que and Dr. Joven Cuanang gasped when the veil was rent: before them was the “Spoliarium!”

A contemporary of Vicente Manansala, Dumlao was chosen by Carlos da Silva, head of the Juan Luna Centennial Commission of 1957, to restore the “Spoliarium.”

Guests gawked at Dumlao’s copy and laughed at the stunt. “This is all so fun,” said restorer-curator Tats Rejante-Manahan.

In 1958, in time for the 60th anniversary of Philippine independence, Generalissimo Francisco Franco of Spain ordered “Spoliarium” repatriated to Luna’s homeland.

Sixty years later, and 120 years after Philippine independence, “Spoliarium” is again in the news.