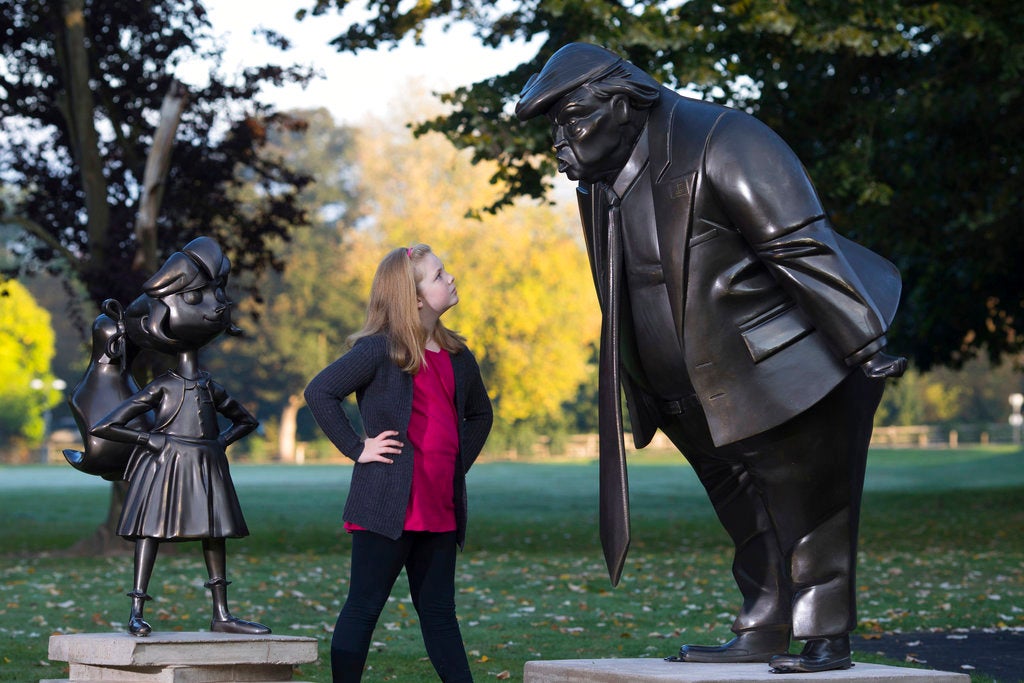 In this photo made available on Monday, Oct. 1, 2018, Mollie Sutton, eight, from Romford stands in between a statue of the Roald Dahl character Matilda and one of US President Donald Trump, during their unveiling, in Great Missenden, Buckinghamshire, England. The two statues show Trump in a face-to-face confrontation with the character Matilda, whose story was first published 30 years ago. The choice of Trump for the statue was made after the Roald Dahl Story Company asked the British public what Matilda’s life would be like in 2018 and who was the figure the strong-willed Matilda would be most likely to stand up to. (David Parry/PA via AP)

LONDON (AP) — A statue of President Donald Trump has been unveiled in an English village next to a statue of a fictional figure from one of Roald Dahl’s best-loved books.

The two statues show Trump in a face-to-face confrontation with the character Matilda, whose story was published 30 years ago.

The Roald Dahl Story Company had asked the British public what Matilda’s life would be like in 2018 and who is the figure the strong-willed girl would be most likely to stand up to.

Trump was the people’s choice of the figure most likely to be in conflict with Matilda.

The statues were unveiled in Great Missenden, 40 miles northwest of London, where Dahl lived for 36 years. NVG

My day with fantastic Mr. Dahl