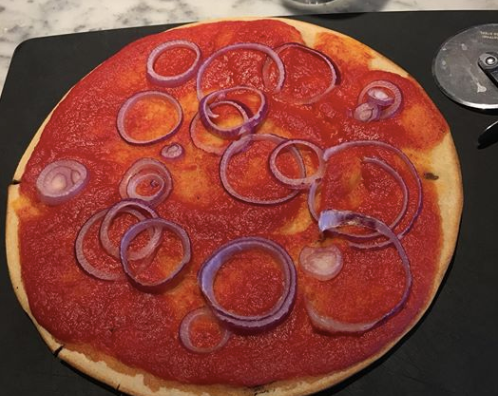 A woman who ordered a vegan pizza at Pizza Express in Hatfield, Hertfordshire, United Kingdom was served what she called a “monstrosity” after the restaurant ran out of vegan cheese.

Throwback to this monstrosity at Pizza Express in Hatfield. 😂🤦🏼‍♀️ They were out of vegan cheese and forgot my pinenuts…

Mary Nesbitt Larking posted a photo of the offending pizza on Facebook. To make matters worse, she said they also forgot the pine nuts she ordered.

Nesbitt Larking said she ordered the pizza on Aug. 16, put posted a “throwback” post on Sept. 26. Two days later, she followed up by saying she’d gotten an apology from Pizza Express, and a £50 (nearly $65) coupon.

“What a lovely company,” she said.

LOOK: Strawberries on pizza become another issue for netizens