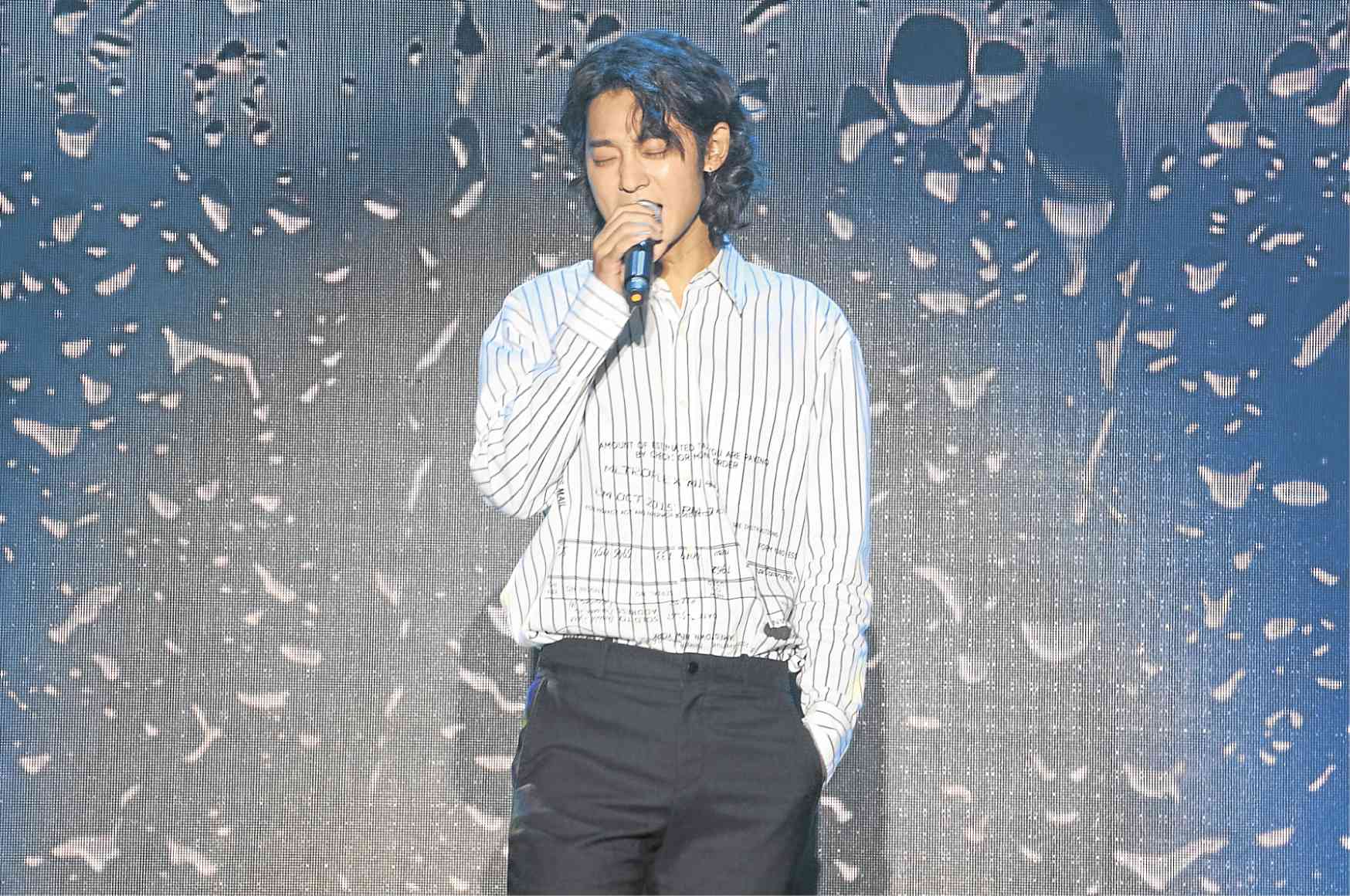 One of Jung Joon-young’s dreams came true last week. The maknae (youngest) of the variety show “2 Days & 1 Night” revealed that it has always been his dream to have a concert in the country.

“My dream is to be a singer.  I feel like that it is a dream come true. My dream is to have a concert or fan meeting in Manila. I’ve been to Europe and other parts of Asia, but this is my first time to tour here,” he said on Sept. 22 during the “Fiancée” fan meet organized by VIU at ABS-CBN Vertis Tent.

The South Korean singer used to move from country to country including the Philippines because of his father’s business. What he missed the most of his stay here is the kare-kare and San Miguel Beer. His craving for the beef dish must have been so great because he would later post a plateful of it on his Instagram account.

On “2 Days” his goofy self was very much on display. People call it his 4D personality or being unique. He was asked if he considered himself lucky or a genius because he kept on winning on the show.

“Before I was lucky, these days I lost my luck. I think I am a genius and my members they are… old,” he said earnestly, which made the crowd laugh.

But at the fan meet, his movement would be minimal.  He looked cool standing still, with one on hand his pocket. He often raised his eyebrows and shrugged his shoulders when answering questions and even when he was singing, as if to say “just because.” But his rich, low voice would be consistent whether he is speaking or singing. It’s sexy as heck.

He opened the fan meet with “10 Minutes Before Breakup.” After a short break, he came back with the song “Sympathy.” He then performed his latest single, “Fiancée.” He came back for an encore with “Spotless Mind” and finally with “Becoming Dust.”

His fans had a great time wearing flower crowns on their heads. His fandom—called Jungbrahimovic—prepared cake, flowers and a video for him.

The next day, Jung was joined by Yook Sung-jae, BtoB’s maknae, to shoot an episode for the VIU Original “Hello K-idol.” The two serve as celebrity mentors for aspiring Filipino idols.