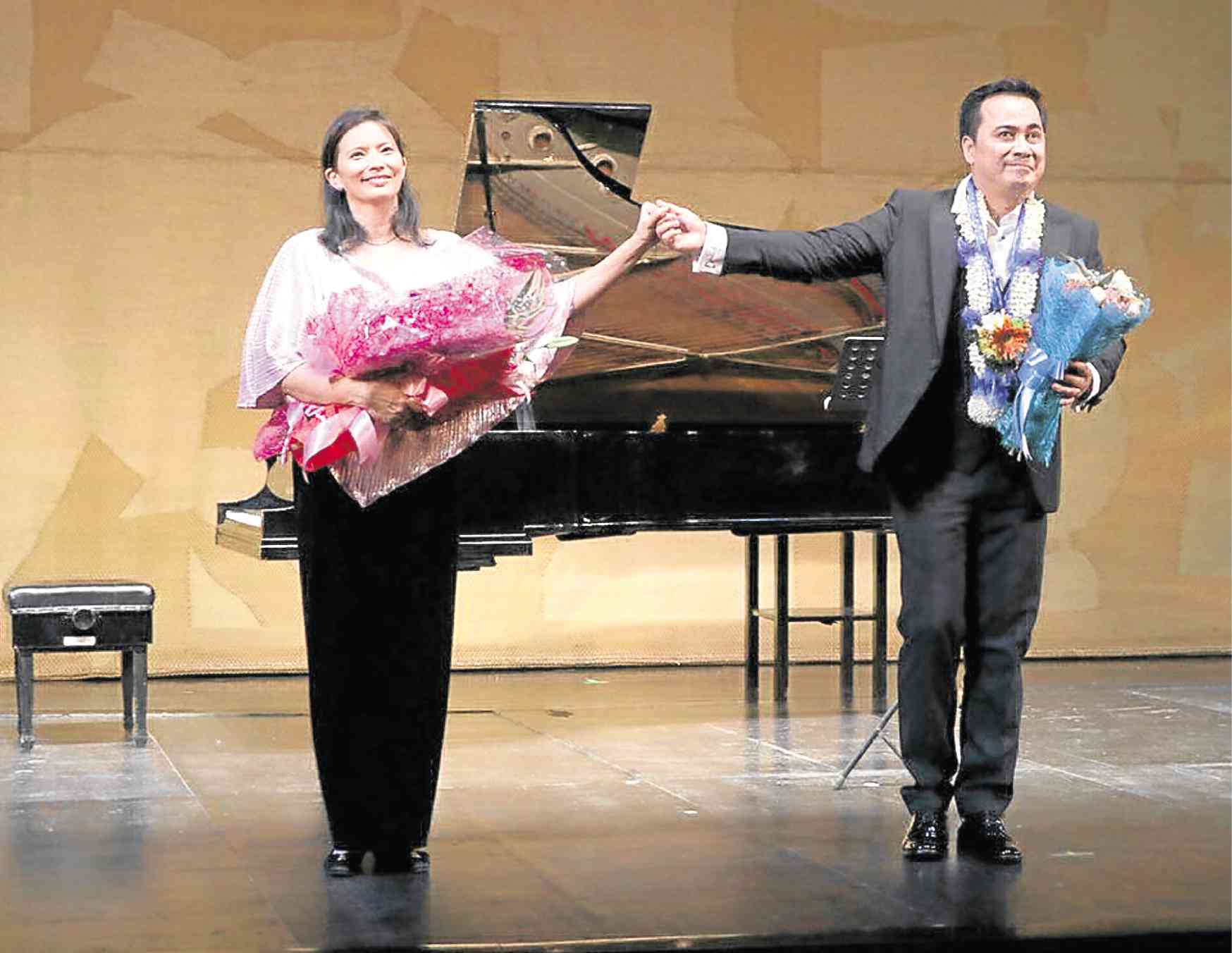 Tenor Arthur Espiritu was in perfect from Sept. 26 during his debut recital at the Cultural Center of the Philippines and got not just one but two screaming standing ovations from his predominantly millennial audience.

Marvelously assisted by pianist Mariel Ilusorio, Espiritu set the special tone of his recital with Liszt’s Tre Sonetti de Petrarca. He rendered it with such élan and impetus one would have to look twice to convince oneself the interpretation came from a Philippine singer.

The voice was powerful but the tenor got more approval from the way he used his bel canto gifts to extract beautiful nuances from every phrase.

From the French repertoire (Faure’s “Apres un reve”) to the heart-rending aria from Werther, (“Pourquoi me reveiller”) and the Russian Eugene Onegin aria, the tenor gave it all he had and emerged totally victorious.

He was even more triumphant in the German art songs (“Standchen, Zueignung and Morgen” by Strauss) and boy, the tenor wasn’t just singing but acting as well.

By the time he was done with “Salut, demuere chaste et pure” from “Faust” by Gounod, there was audience pandemonium.

No one could get close to his robust and passionate interpretation of three Philippine songs (Gerry de Leon’s “May Isang Kundiman” and Leopoldo Silos’ “Dahil Sa Isang Bulaklak” and “Langit sa Lupa”).

His diction was crystal clear, the voice round and full, and high notes just came without effort.

As it were, the recital gave clear signal to Manila’s classical music scene that Espiritu was the opera star to reckon with. –CONTRIBUTED