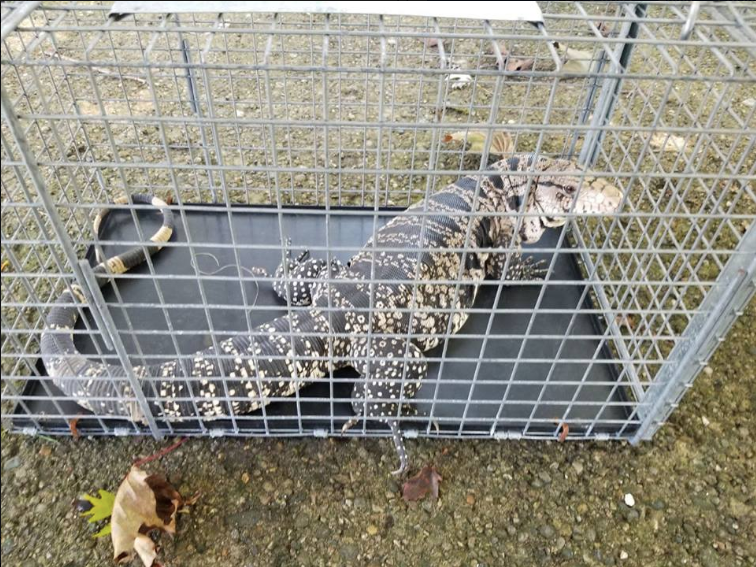 A man in Michigan never thought he would have an encounter with a two-foot lizard in the most unexpected place — his front porch at home.

“It freaked me out,” Richard Heatherly told WXYZ Detroit when he saw the lizard — an Argentine black and white tegu — on Tuesday, Oct. 9. “I said that’s a first, a lizard at my front door.”

Heatherly told the media outfit that he spotted the animal in his porch eating cat food. He added: “I didn’t want to touch it cause I don’t like reptiles.”

After he spotted the animal, it quickly retreated to Heatherly’s backyard, into a doghouse. “When I locked it in the dog house, I figured it was hungry cause it was eating the dog food,” he said in the report. “[S]o I got apples and oranges and put them in the doghouse and put a block there and called the humane society.”

The man added that he thought the lizard was someone’s pet that got out or was released.

The City of Dearborn Heights Ordinance and Animal Control then posted on its Facebook account a photo of the lizard when it was captured.

Nevertheless, Heatherly said his experience is a good story to tell his friends: “I’ve got video of it so I sent it to all my buddies. They’re all freaking out.” Katrina Hallare/JB