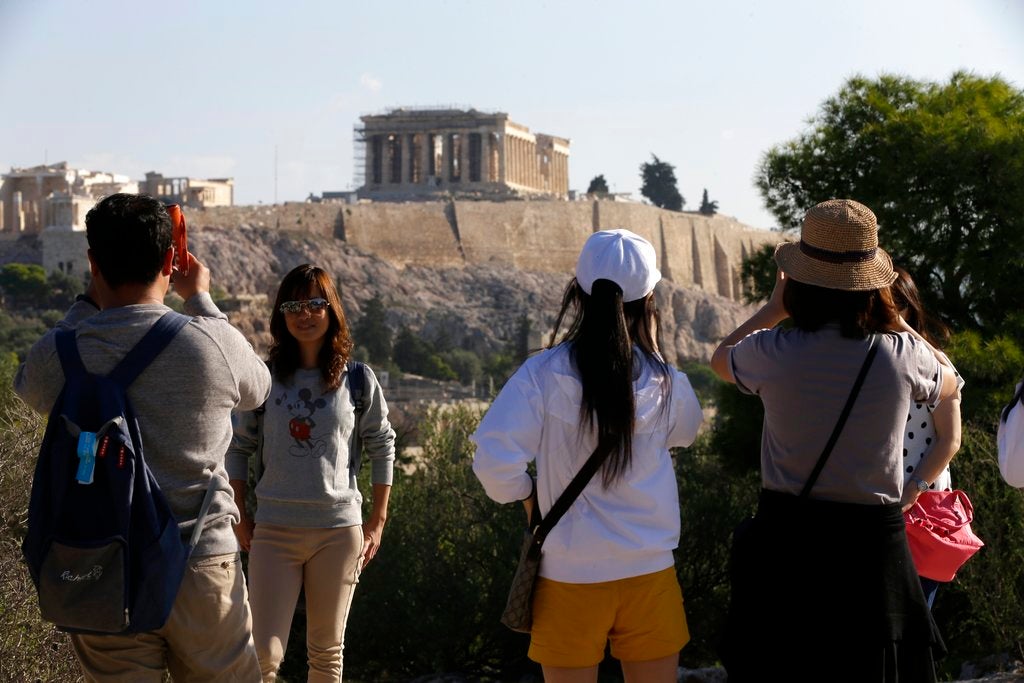 Tourists from Taiwan take photographs with the closed Acropolis ancient site in the background in Athens, Thursday, Oct. 11, 2018 during a 24-hour strike called by a Greek union representing staff at the country's ancient site. The union accused the Greek government of failing to list publicly-owned properties that have been transferred to a powerful privatization fund created during the country's international bailouts. (AP Photo/Thanassis Stavrakis)

Associated Press / 06:49 PM October 11, 2018
ATHENS, Greece (AP) — The ancient Acropolis in Athens and most of Greece’s archaeological sites and publicly-run museums are closed to the public because of a 24-hour strike called by a union of Culture Ministry employees.

Scores of tourists gathered Thursday outside the Acropolis, initially unaware of the strike.

The union has accused the government of failing to exempt the transfer of ownership of national heritage sites to a powerful privatization fund created during the country’s international bailouts.

The Culture Ministry says the concerns are unfounded. AB