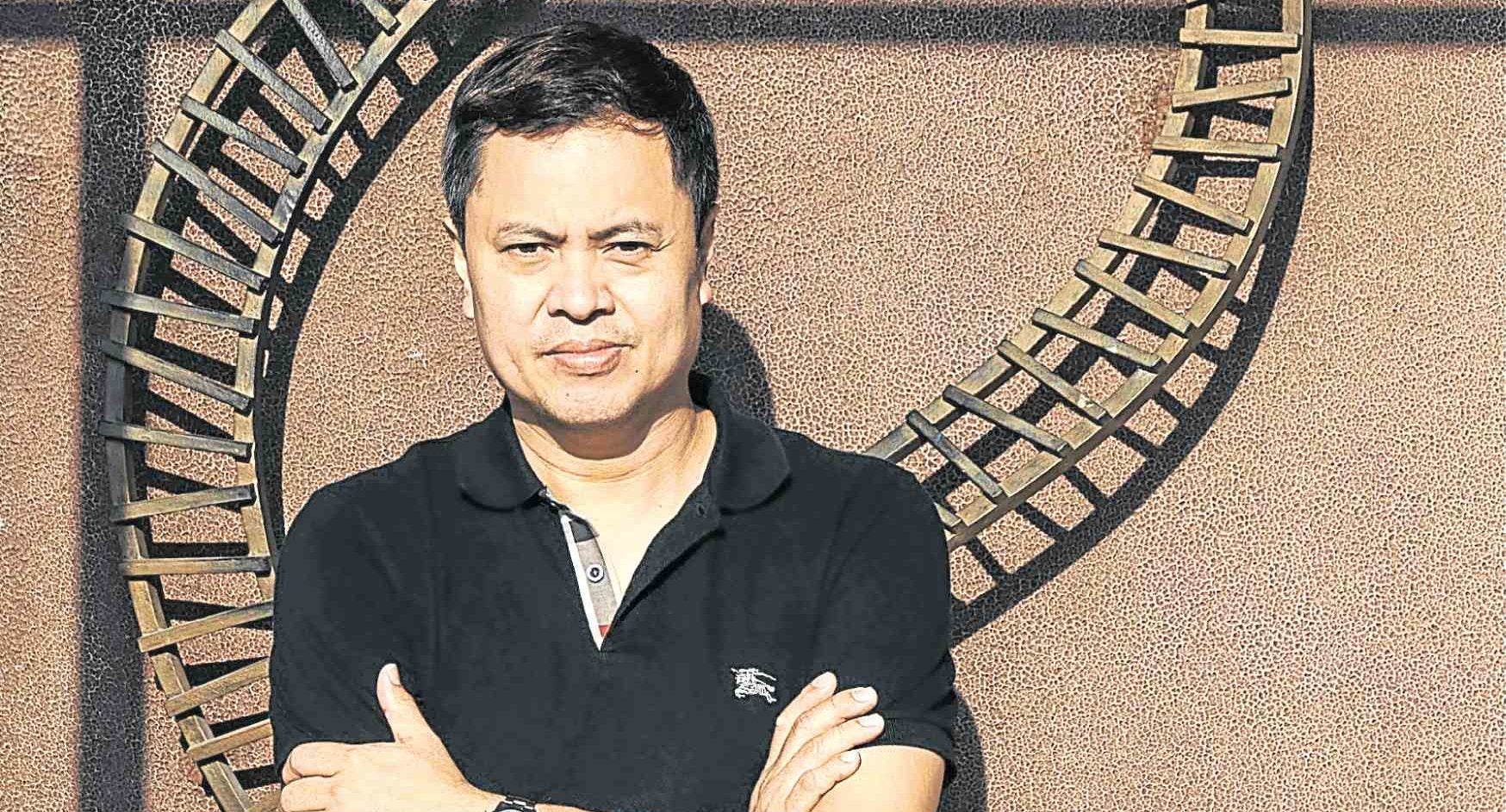 Best-selling brass sculptor Michael Cacnio will regale ManilART 2018 audiences with his latest works that prefigure the creative directions he may be charting on his way to his 30th year as an artist in 2020.

Aptly titled “MICHAEL: Silver to Pearl,” the exhibit features the limited-edition angel sculpture that is his take on his archangel namesake as well as his tribute to his father, veteran artist Angel Cacnio.

Capsule retrospective will be juxtaposed against his latest painted steel sculptures that will be included in a coffee-table book that will be launched soon in the run-up to his pearl anniversary as an artist.

Starting in the 1990s, Cacnio endeared himself to art lovers by incorporating amusing movement and dynamism to his sculptures: brass wires swaying upward as kite strings or gently bobbing fishing lines. Entranced, his collectors clamored more and more for his signature pieces that featured favorite Filipino past-times and games. It was only natural that the artist would depict scenes of play as his creative leaning was bolstered by his own playtime in his youth.

In the new millennium, while still tackling Philippine family traditions and values, Michael started to tackle the contemporary social milieu. The tenderness and poignance often imparted in his familial pairings and groupings is balanced by resolute recognition of socioeconomic ills as reflected in his recreations of poor man’s shanties on stilts and general poverty.

Next came his very well-received collaborations with fellow artists, particularly with his father, respected painter Angel Cacnio, who evidently passed on to Michael his penchant for Filipiniana.

In the  first decade of the 21st century, semiprecious gems dotted the frocks of his Giambetti-like elongated figures. The works satirized high society and the shallowness of affluence.

Through more than two decades, despite introductions of new elements or compositions, constant are Michael’s use of brass and his fascination for and love of play and toys. Harking from his childhood love of Lego, the sculptor who is also an avid toy collector gleefully partners with the brand and scores the iconic blocks as the latest addition to his media.

Even with his yen for children’s playthings and frolic, Michael also sculpts the polar opposite sort of playfulness in his erotica collection. A private moment of languor is implied with a woman immersed in a bath tub, or leafy brass vines titillate one’s imagination as they take the shape of underwear that actually bares all. –CONTRIBUTED

“MICHAEL: Silver to Pearl” will be presented at booth D1 of ManilART 2018 at SMX in SM Aura, Taguig. E-mail [email protected]