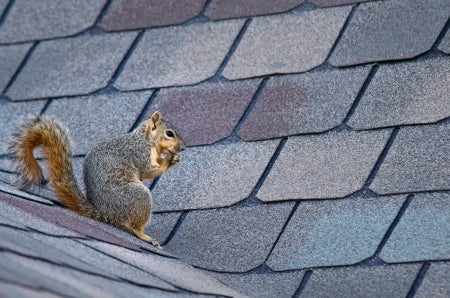 The Great Squirrel Rescue of 2018

Officers responded to the Hampton Pointe Shopping Center in reference to an injured animal. They responded quickly and worked proficiently as they wrangled a squirrel who had an injured leg. The now three legged squirrel showed serious agility in trying to thwart officers attempts at boxing him up but in the end Lead Rescuer Sergeant Purvis and Assistant Rescuer Officer Dimitri were successful. This video was filmed by the much acclaimed "giggling director" Officer Guerrero. Thank you to Our Wild Neighbors for taking this injured squirrel in for some rehab. Team work is dream work. Together, #WeAreHillsborough #HillsboroughRocks

A clip shared to the Hillsborough Police Department’s Facebook page shows two officers chasing the squirrel around a tree with a cardboard box at the Hampton Pointe Shopping Center before they successfully nab it.

According to police, the now three-legged squirrel is being cared for by Hillsborough-based rescue center Our Wild Neighbors. JB