A political quartet and an arresting ‘Julius Caesar’ at the Ateneo | Lifestyle.INQ ❮ ❯ 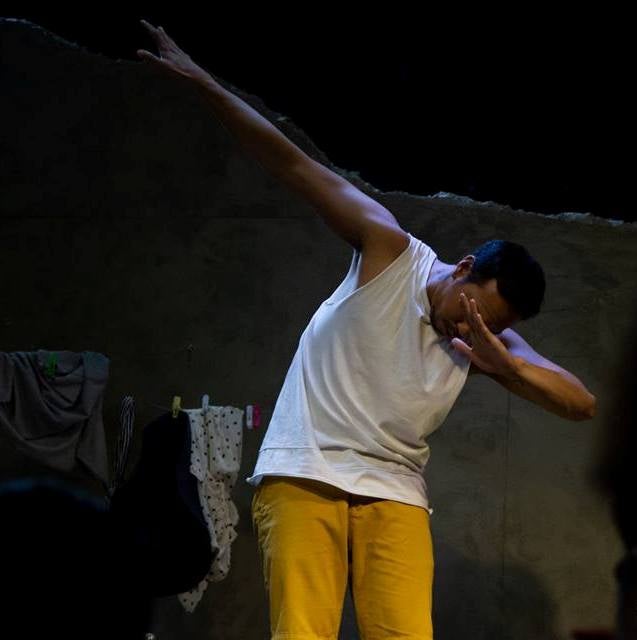 A political quartet and an arresting ‘Julius Caesar’ at the Ateneo

Ateneo Entablado’s “Tungkulan,” directed by Jethro Tenorio, is a collection of four plays, all politically infused but with widely varied tones and styles—a welcome surprise, as I feared a one-note presidential rogue’s gallery.

The production, in terms of scripts and staging, can stand some polish (I watched on the first weekend), but together, the plays represent a range of political heart and theatrical verve that still make for a rewarding time.

The first play, Dominique La Victoria’s “Ligtas ang Bansa,” deals with two idealistic campaign workers, played with painful, affecting passion by Mikaela Regis and Virlynn Ramirez, who discover that their candidate, a hoped-for alternative to a trapo opponent, has committed a crime.

The background narrative does not always feel convincing, but the dialogue is honest and searching, refusing easy didacticism and resonating with very real moral choices facing people trying to make a difference (and not only in politics).

Nicolas Pichay’s “Pangulo Naming Mahal” is a broadly farcical send-up of a former president’s penchant for sexual peccadilloes, but which manages to weave a satirical view of the lengths to which financially challenged but maabilidad folk will go in their striving.

Staged and performed with over-the-top and frequently risqué flamboyance, it is colorful and kinetic, hardly nuanced in its political treatment but rendered with entertaining panache by theater veterans Katski Flores and Ariel Diccion. 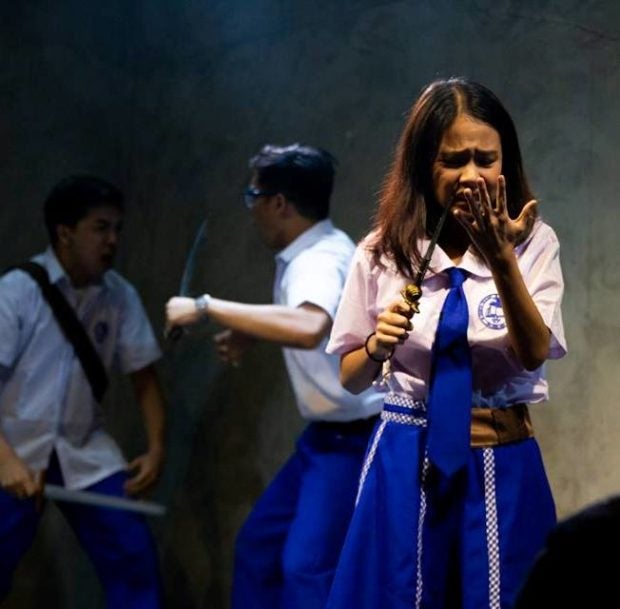 As an admitted fan of understated theater, my personal favorite is Mikaela Regis’ “Libingan ng Medyo Bayani.” Contrary to what may be expected from the title, this is not a comic take on a celebrated, distasteful burial, but a quiet, reflective dialogue (in the cemetery, to be sure) between a troubled young woman (Joy delos Santos) and a lively stray boy (an appealing Elyan Gabriel).

Parts of the play may sound contrived and didactic to some, but to this viewer, the total effect of restrained script, staging and acting is powerful and heartfelt (though I do think the “twist” at the end unnecessary).

One simply has to suspend credulity in the storyline and ride along with the LOL humor of the script; the inspired, tongue-in-cheek staging; and the winning energy of the young cast for half an hour of fun. (There are moral lessons, but never mind.)

Meanwhile, at the Ateneo High School, Dulaang Sibol’s “Julius Caesar,” directed by Romar Chuca, bears the company’s hallmarks: a rousing ensemble-as-chorus with expressive delivery and gesture; imaginatively spare stage effects (newsprint as columns and flooring, bare boxes moved about for scene changes); and heart-on-sleeve about the school’s identity (a stirring national anthem to start, a Christian context to the play at end that may be more effective if more concise).

But this uniquely dramatic rendering of Shakespeare’s historical tragedy, stripped down to some one hour and a half, zeroes in on the four central figures of Caesar, Antony, Brutus and Cassius; and the young actors—no program with cast names was provided, regretfully—performed the roles passionately and memorably, more so the boys playing the two latter characters.

The core of this production is the extended dialogues between Brutus and Cassius at the start and at close, bringing the themes of power and conscience to the fore with force and immediacy, making for an arresting—indeed fascinating
—staging that gives an adjusted slant to one’s understanding of this tragedy.