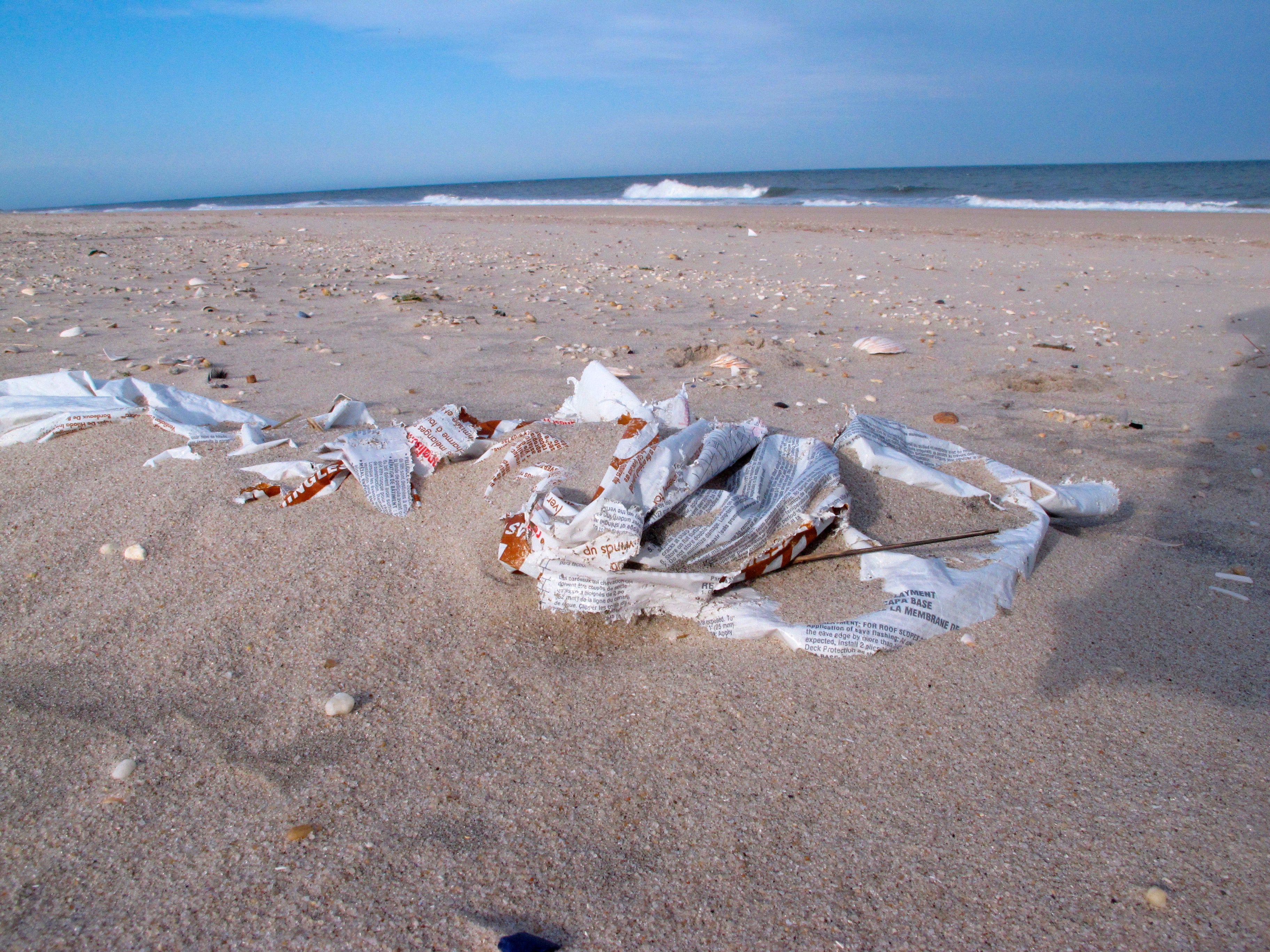 In this April 6, 2018 photo trash lies on a beach in Point Pleasant Beach, N.J. On Thursday April 12, 2018, the Clean Ocean Action environmental group released the results of its annual beach sweeps program, in which nearly 374,000 items of trash were removed from New Jersey's beaches in 2017 by volunteers. More than 80 percent of the items were plastics, which can be deadly to the marine environment. Image: AP/Wayne Parry

Bits of plastic have been detected in the feces of people in Europe, Russia and Japan, according to research claiming to show for the first time the widespread presence of plastics in the human food chain.

All eight volunteers in a small pilot study were found to have passed several types of plastic, with an average of 20 micro-particles per 10 grams of stool, researchers reported Tuesday at a gastroenterology congress in Vienna.

The scientists speculated that the tiny specks — ranging in size from 50 to 500 micrometers — may have been ingested via seafood, food wrapping, dust or plastic bottles.

A human hair is roughly 50 to 100 micrometers in width.

“In our laboratory, we were able to detect nine different types of plastics,” said Bettina Liebmann, a researcher at the Federal Environment Agency, which analyzed the samples.

The two most common were polypropylene (PP) — found in bottle caps, rope and strapping — and polyethylene terephthalate (PET), present in drinking bottles and textile fibers.

Together with polystyrene (utensils, cups, coolers) and polyethylene (plastic bags), they accounted for more than 95 percent of the particles detected.

“We were unable to establish a reliable connection between nutritional behavior and exposure to microplastics,” said lead author Philipp Schwabl, a researcher at the Medical University of Vienna.

In earlier studies on animals, the highest concentrations of microplastics were found in the stomach and intestines, but smaller amounts have also been detected in blood, lymph and the liver.

“There are initial indications that microplastics can damage the gastrointestinal tract by promoting inflammatory reactions or absorbing harmful substances,” Schwabl said.

“Further studies are needed to assess the potential dangers of microplastics for humans.”

Each kept a week-long log of what they ate, and then provided a stool sample.

All consumed foods wrapped in plastic and beverages in plastic bottles, and six ate seafood. None were vegetarians.

– Health impacts unknown –
Scientists not involved in the study said it was too limited in scope to draw any firm conclusions, especially about health impacts.

“I’m not at all surprised, or particularly worried by these findings,” commented Alistair Boxall, a professor in environmental science at the University of York in Britain.

“Microplastics have been found in tap water, bottled water, fish and mussel tissue, and even in beer,” he added. “It is therefore inevitable that at least some of these things will get into our lungs and digestive system.”

Much more research is needed, he said, before we can determine the origin of plastics found in the gut, and especially whether they are harmful.

For Stephanie Wright, a researcher at King’s College London, the real question is whether plastics are accumulating in the human body.

“What is unknown is whether the concentration of plastic being ingested is higher than that coming out, due to particles crossing the gut wall,” she said.

“There is no published evidence to indicate what the health effects might be.”

Global plastic production has grown rapidly and is currently more than 400 million tonnes per year.

It is estimated that two to five percent of plastics wind up in the ocean, where much of it breaks down into tiny particles.