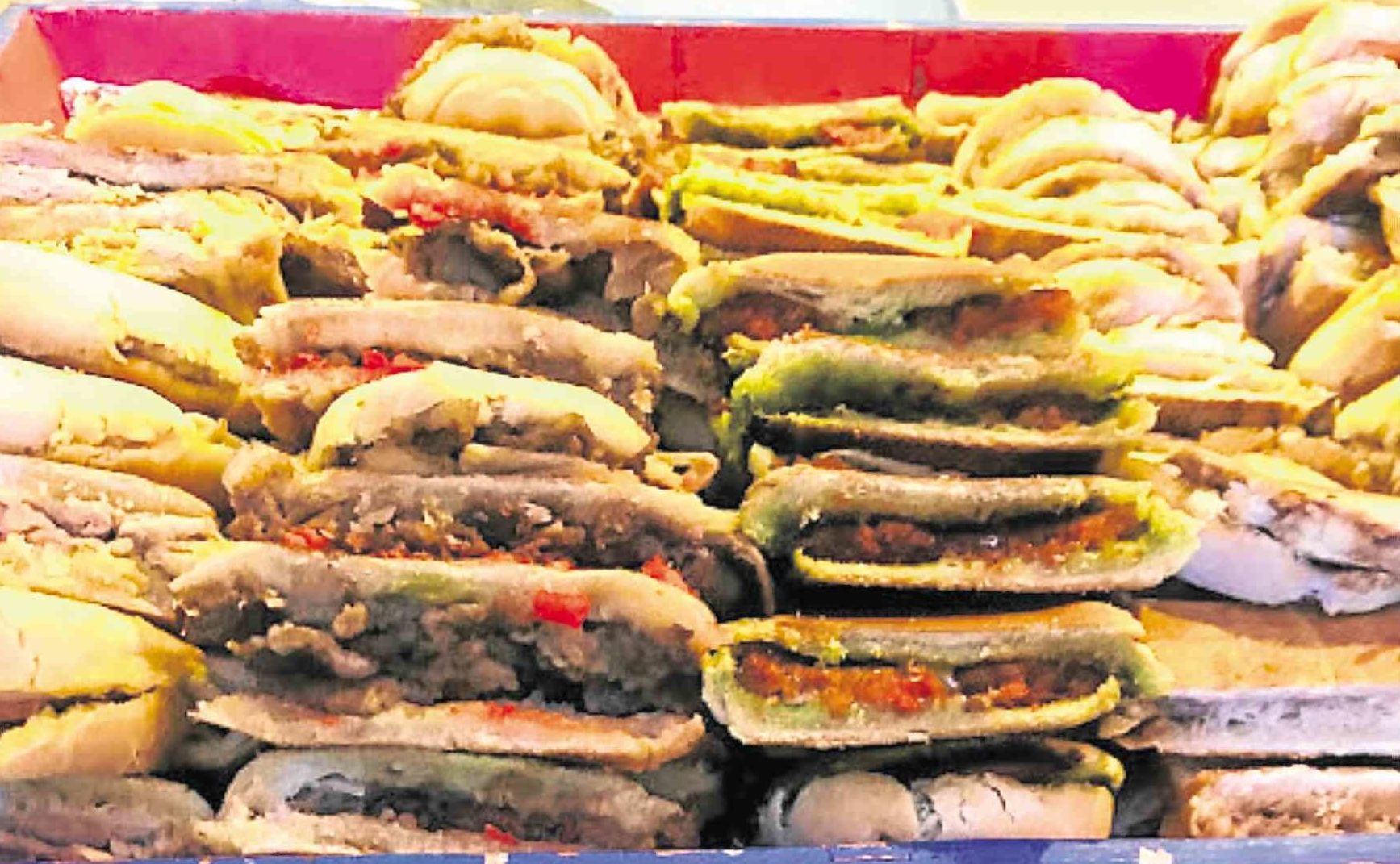 With the Christmas season fast approaching, stores and restaurants seem to be doubling their efforts to draw more customers. In the malls, many stores are selling their goods at big discounts, while restaurants are creating new, inventive dishes.

The all-time favorite sisig, for instance, has metamorphosed from a dish of pig’s jowls to one of chopped lechon or as a vegetarian alternative with mushrooms, tofu and onions.

Pizza Hut has a Hawaiian meaty supreme pizza with a thick, heavy crust that’s ostensibly cheesy, but hides within its folds rolls of sausages.  For the carnivorous, this must be like meat heaven.

On the bakers’ front, the trend is cakes in tin cans. As its name implies, the cakes are encased in tin cans, frostings and all, more portable, easier to serve.

Not to be outdone, Shangri-La Plaza held its own GourmetFest last weekend. With 22 restaurants serving specialties, it was, for the customers who flocked to the mall’s atrium, about which dishes to try first, which ones to relish and which ones to ditch. It may not be an existential question but there was, nevertheless, the importance of choosing the most satisfying dishes.

At the press preview, the one that attracted me first was Brotzeit. This was more of a personal matter than a judgment on the other participants. Just a week ago, my daughter Lisa was in Berlin, where she discovered currywurst. To make a farfetched analogy, wurst is the equivalent of our sausages or the American hot dogs, and there are all kinds of them, sold in nearly every corner of Germany: bockwurst, bratwurst and now also currywurst.

While in Berlin, Lisa became completely enamored with the currywurst, which she found cheap and delicious—and she’s not one to be easily pleased with unfamiliar food.

Hence, when I spotted Brotzeit, the German bar and restaurant, at the GourmetFest, I quickly inquired if they had currywurst. Unfortunately they weren’t serving it that day, but the lady at the counter said they do have them in their restaurants at Bonifacio GLobal City and Shangri-La Plaza.

But there were soft pretzels, which came with a choice of dips,  hot mustard or sweet mustard (I opted for the sweet).

My friends Dolly Dy, Raff Zulueta and I also tried the pizzas and pastas from Pasto, California Pizza Kitchen and Balboa, the spring rolls from Thai BBQ and Zao, and the pastries from Paper Moon and Epicurious. We were too full to try the dishes from the other participants but made mental notes to visit their restaurants some other day.

Though the GourmetFest has ended, diners at Shangri-La Plaza can still take advantage of Shangri-La Plaza’s latest dining promo. Until Nov. 18, a minimum spend of P500 in a participating restaurant will entitle them to a raffle ticket for a chance to win a trip for two to Singapore via Singapore Airlines, with hotel accommodations and Singapore Explorer Pass Tickets.

If you didn’t win anything in the recent mega lotto, you may want to try your luck on this one. It may not be millions but as a consolation price, it’s bound to be fun and delicious.