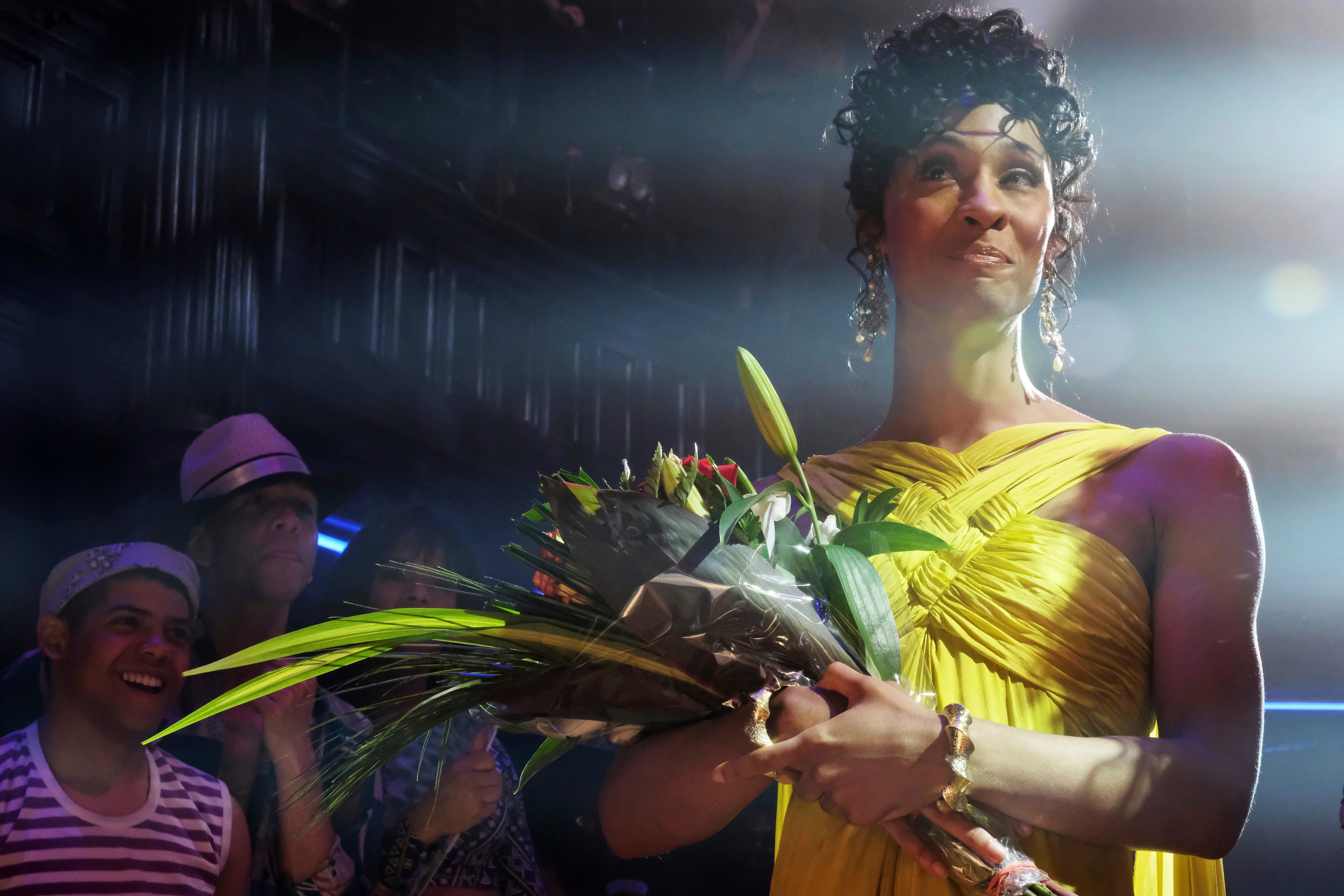 This image released by FX shows Mj Rodriguez as Blanca in a scene from "Pose". A study says there are a record number of LGBTQ characters on network TV series airing this season. The program features the largest cast of transgender actors in series. Image: FX/JoJo Whilden via AP

LOS ANGELES (AP) — A record-high percentage of LGBTQ characters are part of the new TV season’s prime-time network series, according to the media advocacy group GLAAD.

The annual study by media advocacy group GLAAD out Thursday also found an increase in the characters’ ethnic diversity, with slightly more LGBTQ people of color than white for the first time.

While the percentage of regularly seen LGBTQ characters on scripted broadcast series rose from last year’s 6.4 percent to hit an all-time high of 8.8 percent, or 75 characters out of a total 857, GLAAD said the TV industry is still falling short.

The organization called on networks to reach 10 percent inclusion for LGBTQ characters in prime-time in the next two years to ensure that “entertainment reflects the world in which it is created,” GLAAD President and CEO Sarah Kate Ellis said in a statement. The culture has changed for LGBTQ people but America is the midst of extraordinary tumult, she said.

“That means what happens on our television screens is now more important than ever before,” Ellis said. Stories that explore the lives and identities of characters once invisible on screen remain “critical to accelerating acceptance for LGBTQ people.”

The study singled out two series as history-making: the FX drama “Pose”, which featured the largest number of transgender series regulars ever on a U.S. series, and CW’s “Supergirl”, with TV’s first transgender superhero, Nia Nal, played by Nicole Maines, appearing this season.

Meanwhile, Nielsen announced it will begin reporting on what same-gender couples and their households are watching. The company, which already analyzes audiences by ethnicity, income and other demographics, said the new ratings data will help programmers and marketers “better understand the compelling opportunity these consumers represent.”

GLAAD’s Ellis lauded the move, calling it important to count LGBTQ viewers and to see how the American audience is connecting with LGBTQ characters and shows.

GLAAD has tracked lesbian, gay, bisexual, transgender and queer characters on TV for 23 years and began releasing its expanded survey, titled “Where We Are on TV”, in 2005. The study analyzed the programming for the 2018-19 season on broadcasting, cable and the Amazon, Hulu and Netflix streaming platforms.

Researchers also looked at overall ethnic and gender inclusiveness and found a record percentage of black characters on network series at 22 percent compared to 18 percent last year. Latinos remained at last year’s record 8 percent, while Asian-American and Pacific Islanders rose a point to 8 percent. Women, estimated to make up 51 percent of the U.S. population, held steady at 43 percent of network characters.

The new season has a record number of regularly seen characters who have disabilities, rising to 2.1 percent from 1.8 percent last season.

Other findings in the report:

— There is gender parity among LGBTQ characters on broadcast TV at 49.6 percent each for men and women, compared to last year’s division of 55 male, 44 percent female.

— Across all platforms, including broadcasting, cable and streaming, the number of bisexual people rose from 93 last season to 117 in the current one. Transgender characters are up from 17 to 26, and HIV-positive characters went from two to seven.

— On cable channels, the number of regularly seen and recurring LGBTQ characters increased to 208 from last year’s 173.