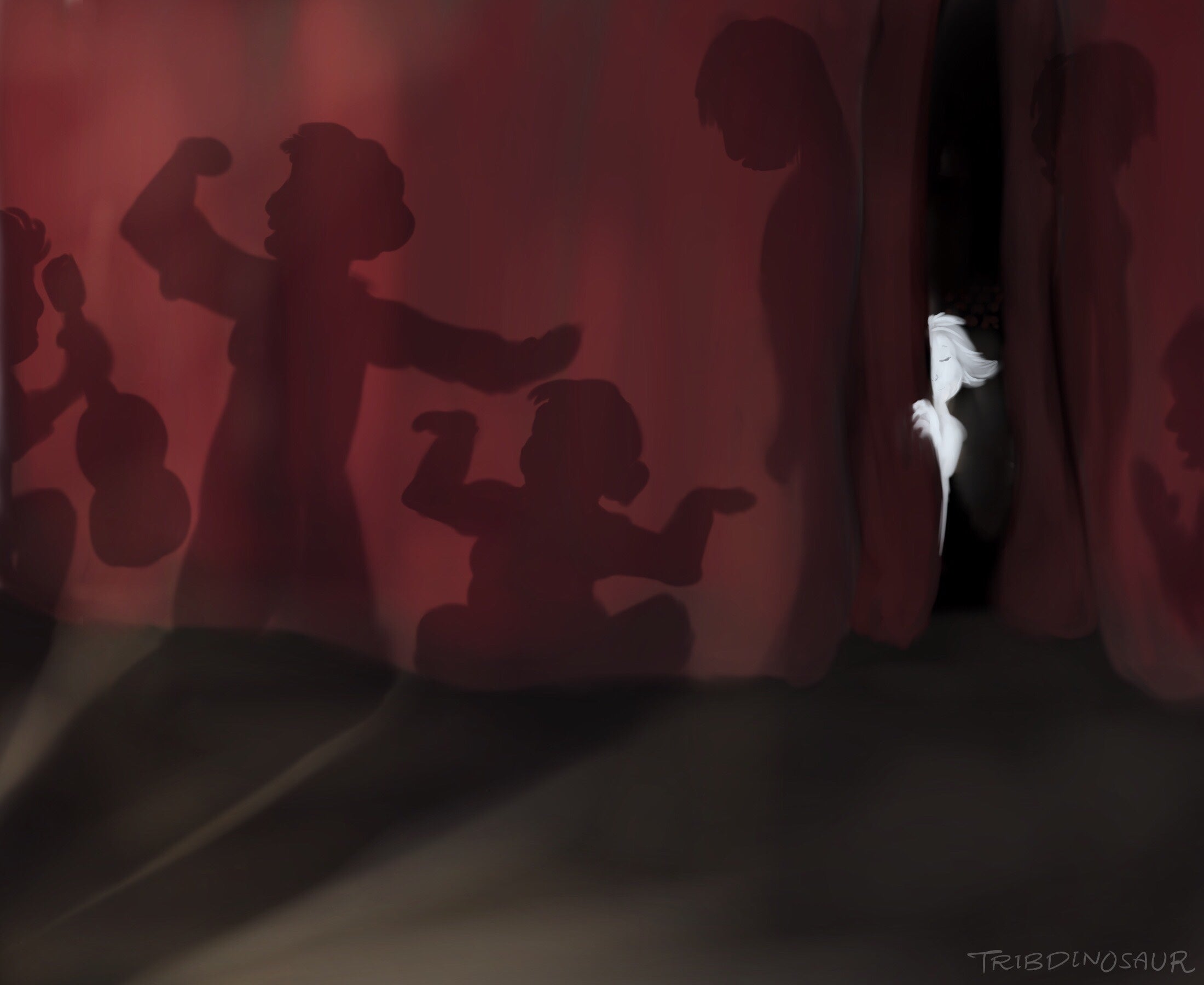 The unseen ‘extras’ in UPLB productions

“Green Room! Actors! Prod staff! Everyone on stage… Now!” shouts the production manager before the start of any theatrical production at the University of the Philippines Los Baños (UPLB). This is followed by final reminders from the director, touching messages from a coactor, and more words to get the cast primed for their performance.

Last comes a prayer: “Thank you for this opportunity to present… may all be safe… and may the ‘spirits’ give us their blessing to use this sacred… Wait! Has anyone made an offering yet?”

I first learned the practice of pag-aalay—the act of making an offering before entering the performance hall—as a freshman joining my first theatrical production. Sprinkling salt in areas in the theater (including dressing rooms and the stage itself), putting an egg under the stage along with a snack (muffin or mamon) looked strange to me.

Most unusual was the prayer leader requesting the “spirits” in the venue to allow us to use the space.

It all seemed nonsensical, until it was explained to me.

The 109-year-old UPLB—which opened in 1909, was used as an internment camp in World War II, and was the site of a tragic prison raid—is said to have “spirits” lurking around. The performance venues in the campus, such NCAS Auditorium, DL Umali Auditorium and Makiling Performance Garden, are allegedly home to some of these spirits.

Here are some accounts.

Tush Contreras, who has recently graduated from UPLB, recounts a story she first heard from her mentors in the campus theater group.

“There was a production that needed a skull prop. Unfortunately, the props team didn’t prepare a skull made of papier-mâché, so they came up with an alternative. They took a skull from an unclaimed and displaced set of bones in a cemetery and used it without the knowledge of the director, a professor.

“During the show, the director (and most likely the audience as well) noticed a woman who would constantly cross the stage. Annoyed and disappointed, the director told off the cast.

“The members of the backstage staff were clueless as to who this lady was—until they remembered the skull.

“The next day, the company prayed and apologized to the owner of the skull. The woman stopped appearing.”

“The first scary story was when a voice echoed throughout a concert singing along while Harmonya (UPLB’s string ensemble) was playing.

“The second instance was when I was with a young coactor at DL Umali Auditorium. He told his guardian that he could hear someone repeatedly uttering the ‘Hail Mary’ in the restroom of the stage-left first floor dressing room.

“The third encounter happened when a coactor and I slept in the dressing room. At around 4 a.m., I woke up seeing a woman floating above our feet.

“The last occurrence happened during the performance of the play ‘Macbeth.’ Because the play is deemed to be cursed, the events leading up to the play were chaotic: A costume burned and the actress playing lady Macbeth fell ill right before the opening show, leaving the stage manager to perform all the shows as Lady Macbeth.”

I don’t believe in the supernatural, but it all changed one night in 2016. At the time, I’ve acted in a handful of productions with no creepy encounters to tally.

I’ve heard stories about the pianos at DL Umali and NCAS auditoriums playing by themselves to a song, and other unexplainable incidents onstage, but I would always just brush them off.

Then came the final scene in the last date of the play “Kasaray Duma.” I was one of the few actors backstage during that scene, in which majority of the characters die with chilling, tearjerker song as background.

As another actor was singing the song’s last few lines, I noticed the lamp prop lighting up by itself. At first it was just a flicker, so I assumed it was just a busted bulb.

But the constant flickering turned into a continuous “on-and-off” with 30-second intervals. It stopped only when the play ended.

There have been no visits from the spirits lately in UPLB. Perhaps they stopped because the cast and crew of plays have been faithfully practicing pag-aalay.

Alyssa Silvano, who had worked as production manager in many plays, says: “I guess I did the pag-aalay tradition out of respect for the unseen ones. Even if I didn’t encounter them during my stay at UPLB, I still believe that they were around us, and it didn’t hurt to respect them or to at least acknowledge their presence for the safety and success of the production.”

Hopefully, with the passing-on of pag-aalay as a tradition, there will no longer be a surprise coactor onstage or back.