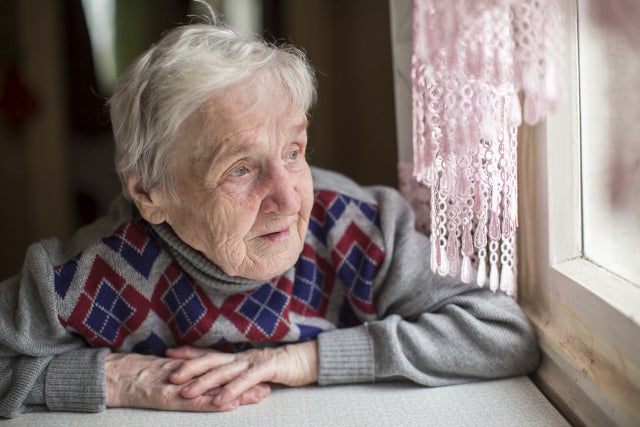 Parkinson's disease has long been considered a disease of the brain, but research out Wednesday found it may start in the gut. Image: Dmitry Berkut/ Istock.com via AFP

Parkinson’s disease has long been considered a disease of the brain, but research out Wednesday found it may start in the gut — specifically in the appendix, a tiny organ near the large intestine.

Using health registries in Sweden and the United States, researchers found that those who had their appendix removed in early adulthood generally saw their risk of developing the incurable neurodegenerative disorder cut by 19 percent, said the study in the journal Science Translational Medicine.

In rural areas of Sweden, where people may be more exposed to pesticides — which have been shown to play a role in Parkinson’s — the effect was even greater: a 25 percent lower risk.

“Among people who did develop Parkinson’s disease, we found that the age of onset was delayed by an appendectomy on average by 3.6 years,” study author Viviane Labrie, assistant professor at Van Andel Research Institute in Michigan, said during a conference call with reporters.

“Our studies suggest that the appendix might be a tissue site that plays a role in the early events or initiation of Parkinson’s disease.”

Often, the appendix is considered a useless organ.

But researchers say it is a storage site for gut bacteria, is linked to immune response, and appears to be a gathering place for a key protein implicated in Parkinson’s, known as alpha-synuclein.

Knowing that people with Parkinson’s also suffer from gastrointestinal disorders like constipation at least 10 years before the disease’s better-known symptoms like tremors, stiffness, and poor balance surface, researchers decided to take a closer look at the appendix and its potential role.

They found that nearly everyone has signs of clumped up alpha-synuclein present in their appendix.

But not everyone goes on to develop Parkinson’s, for reasons that still aren’t well understood.

“We think that in rare events, if it (alpha-synuclein) were to escape the appendix and enter the brain, this could lead to Parkinson’s disease,” Labrie told reporters.

In fact, “alpha-synuclein is a protein that doesn’t like to stay put,” she added.

“It’s able to move from neuron to neuron.”

Experiments have shown the protein “can travel up the nerve” that connects the gastrointestinal tract to the brain,” she explained.

“If it were to enter the brain, it can seed and spread from there and have neurotoxic effects that could eventually lead to Parkinson’s disease.”

Researchers say it’s possible that someday, drug therapies could be developed to cut down on the protein’s accumulation in the appendix, thereby lowering the risk of Parkinson’s.

In the meantime, experts stressed they do not recommend that anyone go out and get an appendectomy to cut the risk of Parkinson’s, as more research is needed.

According to Kevin McConway, emeritus professor of applied statistics at The Open University, the study goes “part of the way to establishing a reason why the relationship between appendix removal and Parkinson’s disease might be one of cause and effect.”

McConway, who was not involved in the research, added that “several previous studies have looked for relationships between appendix removal and various other diseases, including heart disease as well as various diseases of the gut.”

Indeed, a smaller study using Danish health registries, published in 2016, found that appendectomies were associated with a small increase in Parkinson’s disease risk 10 or more years after surgery.

According to Labrie, the main difference is that her study spanned 52 years of follow-up, “which allowed us to see the lowered risk of an appendectomy on Parkinson’s disease risk,” compared to the Danish study, which lasted about three decades.

The current study covered some 1.7 million people in Sweden, along with a second US dataset encompassing 849 people.

Even though the new research may not offer the last word on the matter, it does bolster what scientists know about the close connection between the brain and the gut.

The intestinal tract actually contains a lot of neurons, which are linked back to the brain via the vagus nerve.

“Some scientists have called the intestine the second brain, because of the number of neurons that are present in there,” said co-author Patrik Brundin, director of the Center for Neurodegenerative Science at Van Andel Research Institute. MKH

Half of women at risk of dementia, Parkinson’s, stroke – study