Being an early morning lark rather than a night owl | Lifestyle.INQ ❮ ❯ 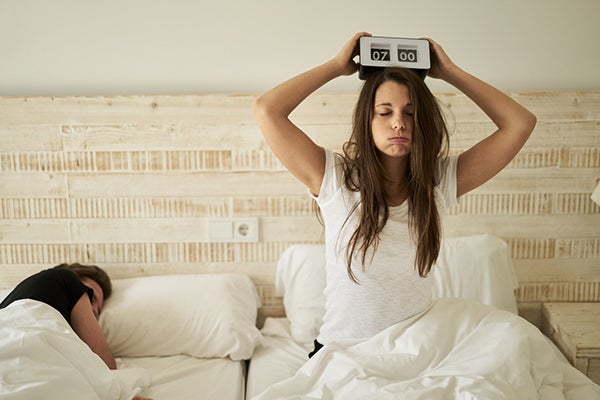 New United Kingdom research presented at the 2018 NCRI Cancer Conference suggests that women who are “larks,” performing better at the beginning of the day rather than the end of the day, may have a lower risk of breast cancer.

Led by Dr. Rebecca Richmond at the University of Bristol, U.K., along with the University of Manchester, the University of Exeter, and United States and Norwegian researchers, the large-scale study looked at data from taken from 409,166 women to investigate how a person’s preference for mornings or evenings as well as their sleep habits may contribute to the development of breast cancer.

The participants included 180,215 women enrolled with the U.K. Biobank project, a large long-term study which includes genomic data on about half a million people, and 228,951 women who had been part of a study on breast cancer carried out by the international Breast Cancer Association Consortium (BCAC). It has the largest collection of genetic data on women with breast cancer in the world.

The team used a method called Mendelian randomization, which uses genetic variants associated with possible risk factors for breast cancer, such as sleep characteristics, to see whether they are involved in causing disease. This type of analysis gives more reliable results, so if an association is found it is more likely to suggest a direct relationship.

The data from the BCAC group of participants showed that women who were morning types, also known as “larks,” had a 40 percent reduced risk of breast cancer compared with those who were evening types, or “owls.”

There was also some evidence to suggest a causal link between sleeping for longer and a higher risk of breast cancer.

The analysis of the U.K. Biobank women also gave similar results, with the team finding that a preference for mornings reduced the risk of breast cancer by 48 percent, although there was less evidence of an association between insomnia or sleep duration on risk of breast cancer in this group.

The team concluded that the study shows consistent evidence for a protective effect of morning preference, and suggestive evidence for an adverse effect of sleep duration on breast cancer risk.

Dr. Richmond commented, “We would like to do further work to investigate the mechanisms underpinning these results, as the estimates obtained are based on questions related to morning or evening preference rather than actually whether people get up earlier or later in the day. In other words, it may not be the case that changing your habits changes your risk of breast cancer; it may be more complex than that.”

“However, the findings of a protective effect of morning preference on breast cancer risk in our study are consistent with previous research highlighting a role for night shift work and exposure to ‘light-at-night’ as risk factors for breast cancer,” she explained.