Repertory 2019 lineup has something for every theater-goer | Inquirer Lifestyle ❮ ❯ 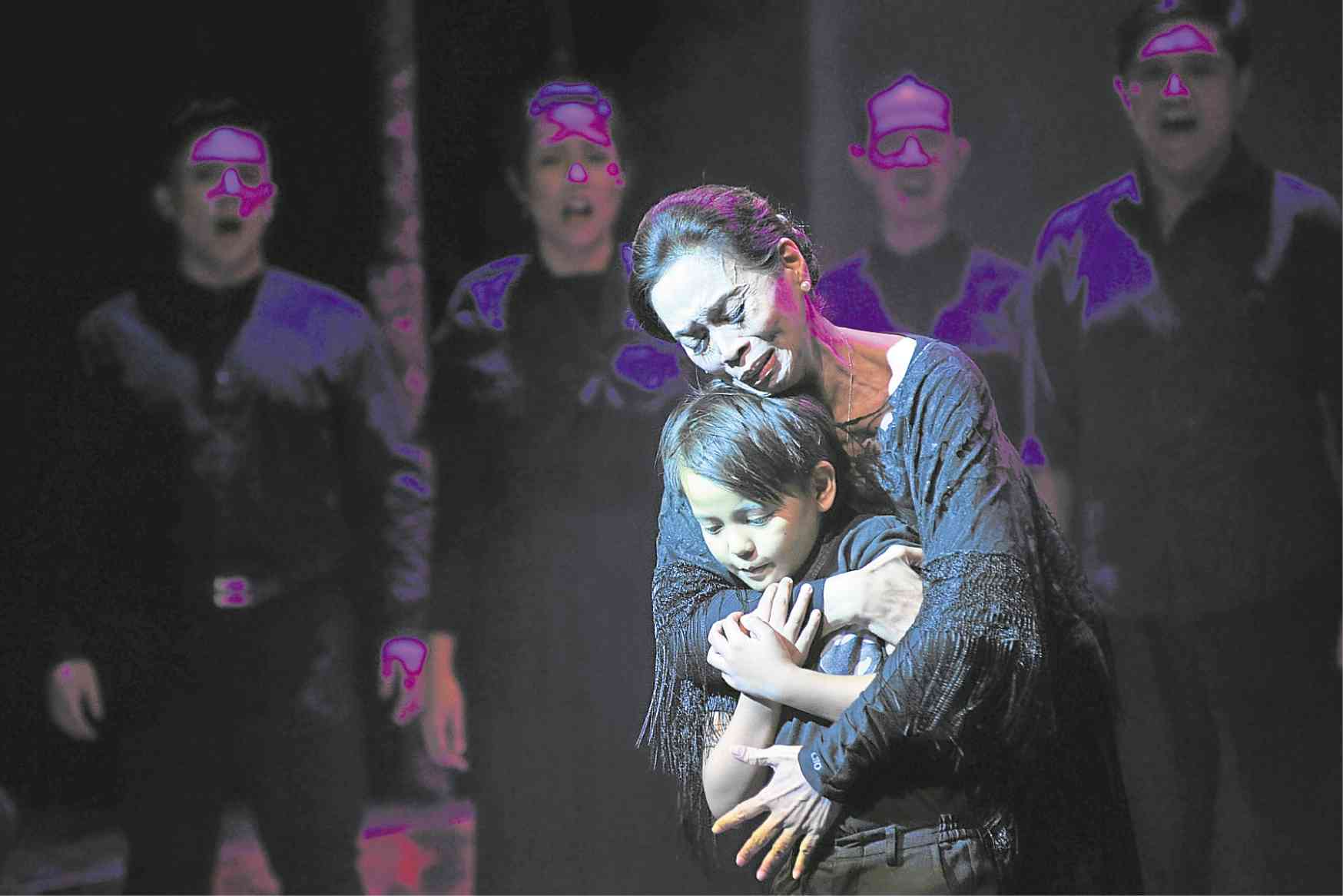 Repertory 2019 lineup has something for every theater-goer

Repertory Philippines’ 82nd season in 2019 offers a spectrum of sentiments both historically rooted and emotionally charged.

I had the pleasure of attending its preview night, spent a few minutes with artistic director Joy Virata, and managed to peer into the reasons behind Rep’s selection.

“Miong,” the first of the four productions, details the evolution of the republic’s first president, Emilio Aguinaldo, from birth until the proclamation of independence.

Written by Virata herself, the story was spurred by the upcoming celebration of Aguinaldo’s sesquicentennial birthday, as well as Virata’s desire to give her perspective on the recent media portrayals of Aguinaldo, particularly his role in history.

The portrayal of Aguinaldo’s character in recent historical films has been marred with negative perceptions. “We must celebrate our wins, too,” Virata tells Lifestyle.

While she respects the divergent points of view, she believes that many of the biopics dwell on the nation’s losses.

“Miong” paints Aguinaldo in a human light. It follows the slow and gradual maturity of an individual whose life has been ingrained in our heritage, illustrating his relationships with his family and peers. It bares the obstacles that molded him into the person who declared the country’s independence.

We should see this production if only to broaden our perspective. Many times we create enemies out of our own kin, when more often than not, our true foes are larger than they.

“Aguinaldo was active during the American Occupation, after all,” Virata says, noting how he was surrounded by foes who had the motive to smear his reputation. She cited a song in the musical, titled “Little Brown Boy,” that poked fun at the Americans.

The preview performance showcased a strong ensemble, with Tim Pavino standing out in the lead role.

Ian Monsod wrote the original music, and with director Freddie Santos, also the lyrics, which are in English.

“Father’s Day” is a small, intimate  story about a father, Henry Willows,  who is visited by  his son and his “goth girlfriend” on Father’s Day.

Ex-wives, new husbands, unresolved issues and excess baggage are all dragged into the already complicated equation, but at its crux is a sense of humanness that you can relate to.

The story deals with marital woes and separation, and the dynamics of nuclear family, particularly that between father and son.

Despite the delicate topic, “Father’s Day” expresses its complicated truths and sensitive scenarios with lighthearted candor and nonstop banter—which keeps you glued to this straight play.

Miguel Faustmann plays the sharp-tongued and snappish Mr. Willows, whose tongue-in-cheek quips come with such perfect comedic timing, you might be left struggling for air after fits of laughter.

The charming vintage living room setting during the preview  gave us a glimpse of the play’s little universe—the home of a middle-aged man whose life had long been tied to the impressions on his antique floral armchair.

Asked whether there were parallelisms between “Miong” and “Father’s Day,” Virata said that the selection was all in pursuit of their vision: to have something for everybody.

However, we did note, rather amusedly, that both narratives had father-and-son dynamics, with “Father’s Day” being more approachable and less intimidating than “Miong.”

“The Dresser” transports us to England. The central figure of the story, Sir, is set to perform onstage as the eponymous character of Shakespeare’s “King Lear.” However, due to severe attack of nerves and an unnerving cocktail of fright and self-deprecation, he struggles to fulfill his task.

The Dresser is his constant and faithful companion, before and during his performance,  with presumably some form of aftercare afterward.

Seeing Sir on the verge of breakdown, the Dresser endeavors to talk him through and out of it.

Teroy Guzman breathes life into the role of a faltering yet consummate thespian, Sir, whose unprocessed hesitations become the fodder for the Dresser’s many disarming witticisms.

Audie Gemora, who plays the mollifying piece of furniture with an organic, winsome flair, captures our hearts and minds with his effortless delivery.

It’s clear how the two veterans possess a natural chemistry, which deepens the impact of the already weighty narrative.

Set in a time of military conflict and at the precise moment when England is set to be strafed, the play is a thought-provoking statement: the persistence of art in a time of war.

Sir’s company is in the midst of staging the saddest and most poignant of Shakespeare’s tragedies, and in doing so, “The Dresser” illustrates the personal strife suffered by an artist who caves in under pressure.

King Lear is a viciously coveted role that, ironically enough, carries such an incredible weight—to weather it is almost impossible.

“This is really the kind of message that appeals to artists, doesn’t it?” we ask Virata.

Virata tilts her head and says: “Not just to artists, but to everybody with a passion, don’t you think?”

We agree. People with dreams and aspirations, though they bow to immense pressure, still persist, even as the reasons for doing so become unclear.

There’s a certain masochism to passion, and “The Dresser” perfectly encapsulates this.

Of the Repertory’s 2019 productions, “The Dresser,” to me,  stands out as the most poignant and thought-provoking.

“The Dresser”runs May 3 to May 26, to be directed by Loy Arcenas, whose film, “Ang Larawan,” won Best Picture in  the 43rd Metro Manila Film Festival.

Titled “The Quest for the Adarna,” the musical is geared toward a younger audience, from its costumes to the scoring.

It is a bright and fresh rendition of a classic that is sure to charm audiences regardless of how old they may be.

It is in English to draw a foreign audience who may not know about our folk heritage, an opportunity to bring Filipino culture to the international stage.

Repertory also announced its partnership with Cignal TV.  Repertory CEO Mindy Perez-Rubio spoke of Repertory’s goal to broaden the reach of theater—to the far-flung areas where people can’t take a trip to Metro Manila to see the productions.

As the character in “The Dresser” said, “At least one person out there in the audience will understand, and I perform for him.” —CONTRIBUTED