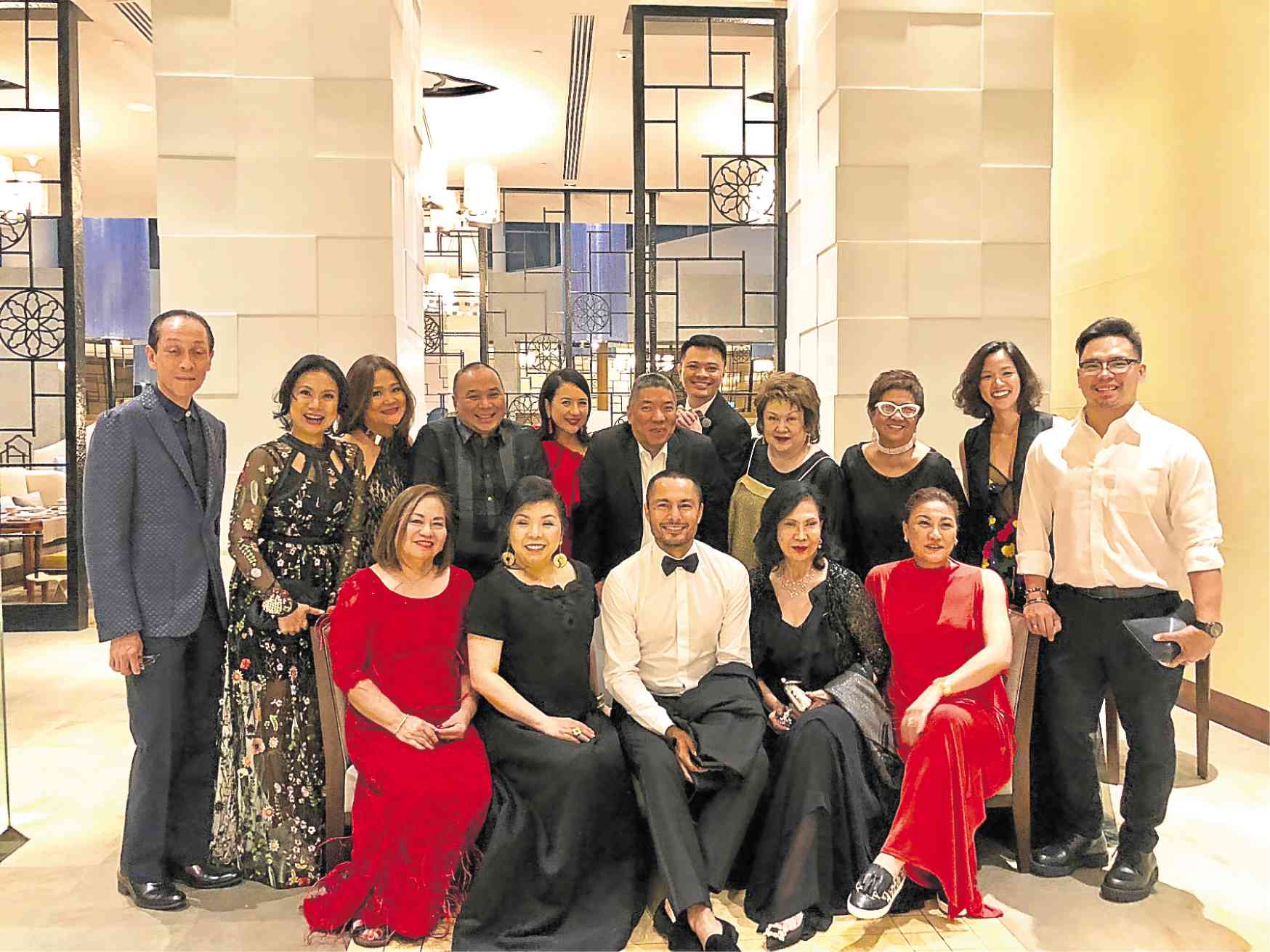 The case for ‘calibrated modesty’ —why you must tell your story

Our Lifestyle staffer expressed what must be a one-in-100-million opinion about the lotto with the P1-billion stake: “Why should I (buy a ticket)? I have beauty and brains. To have P1 billion more is a bit much. God won’t like that. Leave that to others.”

We didn’t ask if she was serious; we presumed she was—not caring to join the long lotto queues when gas, food (even vegetable) prices were up, and the peso is expected to dip some more. She clearly keeps stock of what she has—beauty and brains. That will do for now (perhaps until the peso goes down to P58:$1).

She and I belong to the “sandwich generation” which, wedged in between parents who survived the world war and our Gen Z and millennial children who must cope with the “affluenza” of “peacetime,” has been there-and done that, except perhaps winning the P1-billion lotto. But that’s a minor detail.

Beauty and brains—I like to think that unlike our parents’ generation which loathed self-promotion (unless they were politicians) and unlike the selfie generation, our generation knows calibrated modesty.

We know how to share a bit of ourselves on social media, but we also know how and when to hold back.

I like to think that I belong to a generation whose sharing on social media is strictly calculated—we can share breakfast and dinner, but not restroom breaks; we can share outfits of the day, but not a midrib that’s a tell-all of our personal history.

The point I’m leading to is—the postwar generation that’s still around and which has experienced the high and low points of our history must be forced to tell their sto ries. They must overcome their diffidence and modesty to talk about their lives. As our Senior section writer Virgilio Yuzon wrote on our Senior page, when it comes to recent history, “We are the frontliners, even before the school or the media, in guiding the young in the pursuit of truth. We cannot escape responsibility for this role.”

In this era of fake news, when low-grade, if not outrightly deceiving, information is fed the youth, and when nowhere in history, as now, has mainstream media been seeing the erosion of its credibility and moral ascendancy, we must pass on the truthful narrative to the next generation. Our children are the “affluenza” generation we’ve pampered and spoonfed, but we must now stop shielding them from the harsh, unsavory truths of our history.

Technology has spawned a generation of know-it-alls—but not critical thinkers. Our children are fantastic multi-taskers—meaning they can drive, text, take a selfie all at the same time—but are not critical thinkers. They weren’t made to develop the rigor of mental discipline needed to acquire knowledge and to develop logic.
They learn only what they want to learn. Everything is curated for them, even their juices and socks.

Shaping critical thinking is a task formal education seems to have surrendered to digital technology. This holds true everywhere, even in the First World. One only has to watch CNN’s man-on-the-street interviews of America to know this.

But then, how does one nudge on the older generation to tell its story now (aside from Enrile)?

In an autobiography, a prominent nonagenarian so vividly recalled his life and struggles in the last world war and during martial law—but it came with explicit instruction that it should be published only after his death, apparently because he doesn’t want to call attention to himself now.

Another prominent member of society, when asked why he didn’t want to be interviewed by media for a profile, said, “My (generation) would be surprised. That’s not us, that’s not how we were brought up.”

Let’s not go far. Our very own Eggie Apostol and Letty Jimenez Magsanoc were, are, so that way, so that they never got to tell their story about the fight for press freedom and against martial law, their war of attrition against the ills of society. Their opt-repeated view was that “we’re not the story.”
But then today, media is the story, its daily evolution inexplicably linked to the ups and downs of governance.

I remember the night we broached the idea of her writing her memoirs, Letty didn’t say an outright “no,” but only, “Let Tita Eggie do it first.” (Letty, we’d find out later, kept a journal.)

However, as we all know, that didn’t happen, with Letty’s sudden death in 2015.

Now if the previous generation overcomes its modesty and becomes emboldened to write its story—indeed to write about themselves—so that the future generations will be guided in their thinking and not be slaves of digital trash—then perhaps truth could have a fighting chance.

By the way, our good friend and Inquirer columnist Ambeth Ocampo may yet spring a surprise soon: he has the “Marcos Diaries.”

The collection of Rajo Laurel last Oct. 27 was like an eat-all-you-can buffet—it was that filling and the range of looks overwhelming.

Staged by the Red Charity Gala of Tessa Valdes and Kaye Tinga—the biggest benefit event of the year—Laurel’s “Archipelago” marked the designer’s 25th year in fashion design. Perhaps this was why Laurel gave it all he’s got.

He made good his promise to showcase his experiments with indigenous fabrics and other design explorations. However, he should have edited further his close-to-100-piece collection, and focused only on his major design statements: the modernization of indigenous fabrics, the artisanal graphic imagery (the “Alibata” sheaths were fabulous), the digital imprint and meticulous embroidery of the maps of the provinces on evening wear, and the acrylic ternos.

They would have yielded a cohesive show.

But as Rajo said, he let out his passion in this collection.

It will be great to display the core of his collection in an exhibit so that the public can see it up close.

No matter that Ben Chan is out of the country a good part of the year—how he sustains the energy to travel incessantly is a wonder—he makes it a point to be in town to celebrate his birthday with friends. And his birthday dinner with friends is a special occasion we’d give up our private Sunday for.

This year, I arrived so early, was the first guest to arrive, so that Ben, standing on the front steps of his house, blurted out, with a wide grin, “Akala ko ikaw yung singer!” (He thought I was part of the band performing.)

Anyway, I didn’t sing, but had fun doing the swing with Randy Ortiz who, by the way, is celebrating his 30th year in fashion on Nov. 26 with a grand collection at Peninsula Manila.

Ben remains the strongest patron of Philippine fashion. After sponsoring the Red Charity Gala, his Bench mounts the TernoCon 2018 today at the Cultural Center of the Philippines—the culmination of year-long workshops on terno-making all over the country, by a team led by the chief advocate of the terno revival, Gino Gonzales, the country’s foremost scenographer.

The workshops produced participants of a terno competition, whose designs will be paraded today, along with the designs of leading designers JC Buendia, Len Cabili and Cary Santiago.

We’re looking forward to seeing the TernoCon today, even as we keep our fingers crossed that we will fit in our Auggie Cordero day terno.

It is commendable how Ben sustains his commitment to promote what is local (#lovelocal)—he commits his time, resources and passion.

Back to his birthday dinner—a stand-up comedian panned the room for puns, locked her eyes in our direction, and, pointing at her puffy cheeks, said how good a job the botox was. Did she mean me?

“Not botox,” I blurted out, “just cheesecake!”