‘Anti-aging scarves’ and other talismans for the year of the Dragon | Lifestyle.INQ ❮ ❯ 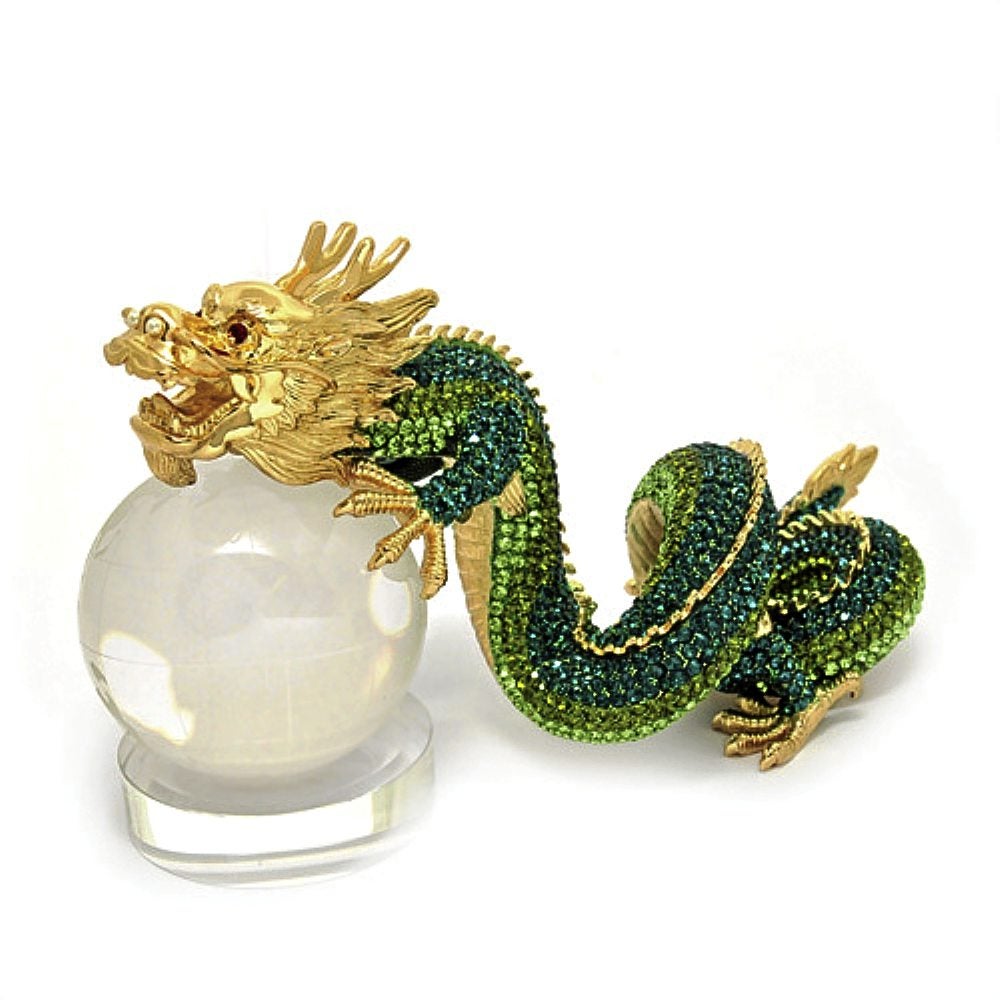 Feng shui specialist Maritess Allen walked into Manila Hotel’s Mabuhay Palace restaurant in a beaded honeysuckle-pink long gown toting a matching Hèrmes Birkin. Pink, she said, is one of the lucky colors for 2012.

Her long hair was set in flirty waves with reddish-copper highlights for good luck (orange and red are the other lucky colors). She rattled off her predictions, and assured us that the world will not end by Dec. 21, as indicated in the Mayan calendar.

“Does anyone here believe that?” she asked, laughing. She suggested that instead of worrying about Armageddon, people should be busy getting married—or making babies.

The year of the Water Dragon is a very auspicious year to tie the knot, and kids born this year are considered lucky. It would take a 12-year cycle before the next Dragon year, so couples have a few months to beat the deadline for having a dragon baby (Chinese New Year in 2013 falls on Feb. 10).

Allen, a Filipino, got into feng shui, or the ancient Chinese practice of “balancing energies,” because of a slew of bad luck—in her career, finances, personal life. Feng shui helped her gain luck. She eventually remarried and established World of Feng Shui, an amulet shop based in malls.

She is the go-to geomancer of businessmen like Washington Sycip and Regal Films’ Lily Monteverde; celebrities Kris Aquino and Boy Abunda; and Inquirer columnist and interior designer Tessa Prieto Valdes.

She has trained in Malaysia, Singapore, Thailand, Hong Kong and China on feng shui practices, and has a business degree from Ateneo Professional School.

Allen said 2012 is a “transformative year.” It will be more peaceful, with less violence and armed conflicts. Business is competitive and demanding, and it is a good year for real estate.

The Dragon Year has the “external romance flower star,” so there will be a lot of infidelity energy; those born in the year of the Dog must be extra careful. Marriages will be challenged by affairs and sex scandals.

Businesses with wood element will do best, such as plantations, agriculture, publishing and those involving flowers and plants. It is also a good year for earth industries like real estate and construction. Those with  water elements should be extra careful, like baking, shipping, transportation, fishing, alcohol and beverages.

There is a lack of creativity chi (energy) in career and education: “Promotion is possible but competition is fierce.” Students must stay extra focused.

Allen gave an overview for each animal sign: The Rat must “focus on mentally challenging activities than socializing.” The Ox may experience “a tougher year than 2011, but if things go well, it will be very well.” The Tiger will “experience a favorable year, but must choose auspicious months for important dates.”

It is a good year for the Rabbits; health, personal and professional relationships will be sound. Ironically, it is not a year for major changes for the Dragons and “obstacles and aggravations are likely.”

“Unique opportunities” will come for the Snake, although “things may not be as easy as last year.” Victory luck will accompany the Horse, and it will be a “fabulous year with fresh opportunities.”

The Sheep will have “plenty of success and achievements, but must control temper” and “relationships may suffer with the ‘quarrelsome star.’”  The Monkey, with an “impressive personal chi, will have wealth and success luck.” Roosters will have “a relatively smoother and trouble-free year.”

Dogs must be careful because of the presence of “harmful stars”; timing should be right for major activities. The Boars will have success luck, but should be wary of robbery and betrayal.

Abunda recently hosted the full-house Feng Shui Convention in Shangri-La Cineplex, Mandaluyong. He has been consulting with Allen for years, and attested to the power of feng shui which helped him gain show-biz success; he carries several amulets in his bag.

“The items make me feel good, but I make sure it is not in conflict with my faith. I put stuff around the house, but I am not consumed by it,” he said. “There is a certain lightness in carrying feng shui items.”

During the interview in Manila Hotel, Allen showed us her “pet,” a jewel-encrusted dragon ring the color of jade. It is one of her recommended Dragon year “activators,” along with the dragon bangle.

She suggests cures for the signs that need protection from bad luck, such as figurines, jewelry, plaques. Among them: the 5-Element Pagoda with Tree of Life to avoid misfortunes; Medicine Buddha Script Pendant to keep illnesses at bay; and the Anti-Burglary Plaque.

There are also “enhancers” for more luck: the Evil Eye Amulet to guard from jealous colleagues, Wish-Fulfilling Shawl, Flower of Romance Keychain, wealth wallets, auspicious watches, and even an anti-aging scarf for a youthful aura!

For the home, she suggested putting a water element, like the Eight-Shape Fountain in the Southwest direction for wealth luck; Double Dragon Fountain for career and money luck; and the Rhino and Elephant Fountain to control robbery and violence.

Other dragon items from her shop are the Bejeweled Blue Dragon figurine for power, wealth and success; Dragon with Crystal Globe for good fortune; and Rising Blue Dragon, to be placed in a water pond.

Allen reminded that feng shui is just a guide and is not solely responsible for a person’s future. Also, the items should be bought by the person who would use them, and not given as a gift as you wouldn’t know “from where the money used to buy the item was sourced.” It is also best to retire the amulets used in the previous years because they already served a purpose. These could be kept in a specific case, or buried.