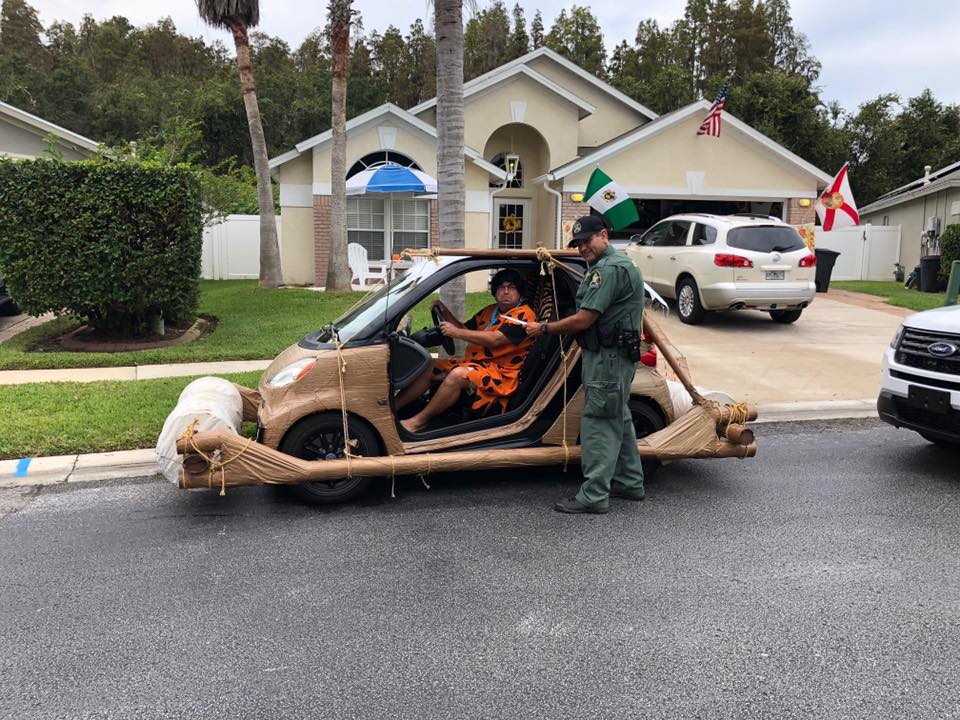 Florida police apprehended a man dressed as Fred Flintstone for overspeeding, using a vehicle he designed to look prehistoric.

Police showed on their Facebook page some photos of Swartz donning a costume of the 1960s cartoon character, talking to authorities while in his car.

It appears too that Swartz had a few more similarities with the character beyond the look, as he was caught in Meadow Bedrock Pointe Subdivision in Wesley Chapel. Bedrock happens to be the prehistoric town where Flintstone lives.

The post read that Swartz was issued a citation, but had to be detained for “becoming unruly.” He has since then been issued a notice to appear in court and was later released. Meanwhile, the deputy officer present seized the vehicle after Swartz was detained.

The popular post has garnered around 2,400 likes and reactions, and over 1,000 shares on the social media site, as of this writing. JB