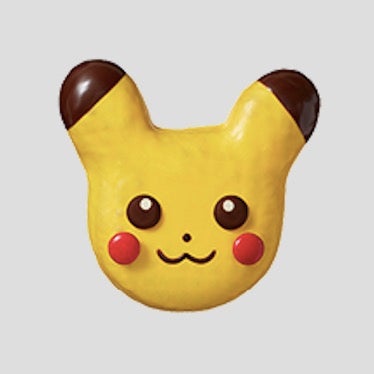 Donut company Mister Donut recently announced the special Pikachu doughnuts for a Nov. 16 nationwide release. The edible Pokémon was born of a collaboration between the doughnut maker and Nintendo to launch the game “Pokémon Let’s Go, Pikachu! and Pokémon Let’s Go, Eevee!” for the Switch, as reported by SoraNews24.

Prior to the scheduled release date, select shops already began selling Pikachu doughnuts as early as Nov. 9. It was then that some customers encountered deformed Pikachu doughnuts, which were anything but cute.

Twitter user “@ramuneno_mogu” was one of the unfortunate customers who received “a thing of horror” when he dropped by to pick up a Pikachu doughnut. Forget slightly off facial markings, the eyes of the Pokémon mascot weren’t even in the right place.

The doughnut that Twitter user “@saku_ovo_chine” got wasn’t as nightmare-inducing, but it didn’t really look like Pikachu either. If anything, it could have been mistaken for a yellow dog-like mascot.

However, not all the doughnuts were of poor quality as noted by a Nov. 12 tweet by Twitter user poco (@poco0v0).