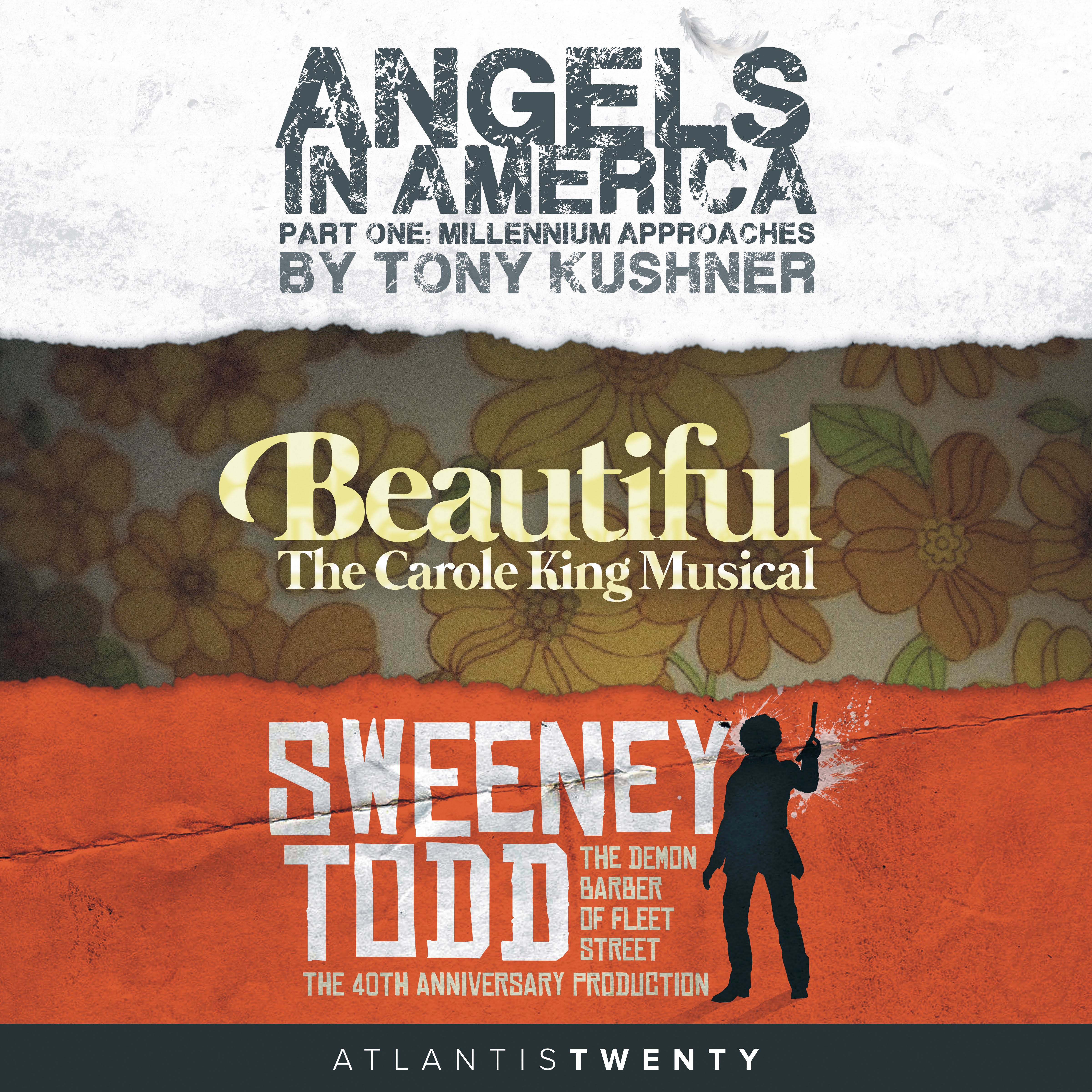 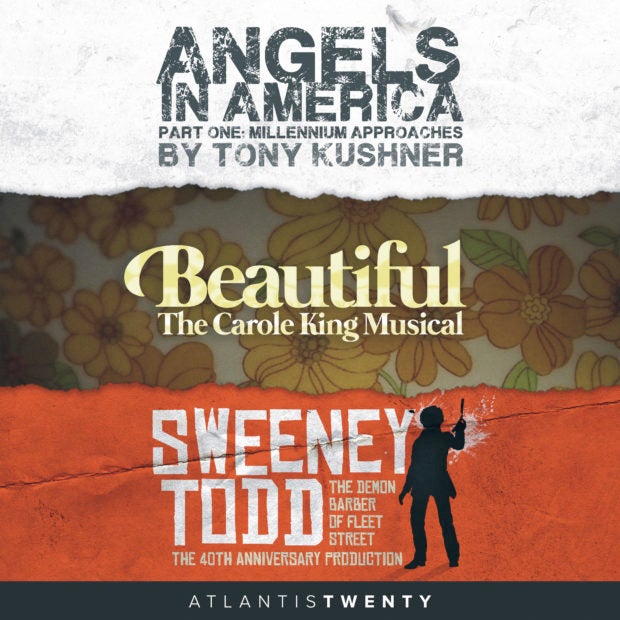 Atlantis Theatrical Entertainment Group has announced its 2019 Season of shows, which also marks its 20th anniversary. The banner year will include one dramatic play, two musicals, an expanded workshop series, a new theatrical division and the launch of a one-of-a-kind coffeetable book, entitled “Atlantis Twenty,” which encapsulates Atlantis’ 20 year journey in theatrical production.

In the first part of this epic, set in 1980s New York City, a gay man is abandoned by his lover when he contracts the AIDS virus, and a closeted Mormon lawyer’s marriage to his pill-popping wife stalls. Other characters include the infamous McCarthy-ite lawyer Roy Cohn, Ethel Rosenberg, a former drag queen who works as a nurse, and an angel.

Among the 20th century’s defining works of dramatic art, “Angels in America’ remains as transcendent, potent and timely in its concerns as when it premiered on Broadway over 25 years ago. It is now the most Tony Award nominated play in Broadway history and winner of 10 Tony Awards, including Best Play and Best Revival of a Play.

New York Times Chief Critic, Ben Brantley has said of “Angels in America,” “Angels brought theater back into the national conversation, in a way that hasn’t happened again until ‘Hamilton.’” Vanity Fair calls the play, “A masterpiece!” and The Los Angeles Times raves that “Angels” is “The most provocative and affecting drama of my lifetime.” It opens in March at the Carlos P. Romulo, RCBC Plaza, Makati.

In June, Atlantis will be staging the Broadway hit “Beautiful: The Carole King Musical.” “Beautiful” was nominated for 7 Tony Awards, including Best Musical.

With a book by Douglas McGrath, “Beautiful: The Carole King Musical” is the inspiring true story of one woman’s remarkable journey from teenage songwriter to the Rock & Roll Hall of Fame. From the string of pop classics she wrote for the biggest acts in music to her own life-changing, chart-busting success with “Tapestry,” “Beautiful” takes the audience on the ride of a lifetime. Featuring such unforgettable classics as “You’ve Got a Friend,”, “One Fine Day,” “So Far Away,” “Take Good Care of My Baby,” “Up on the Roof,” “You’ve Lost That Lovin’ Feeling,” “Will You Love Me Tomorrow” and “Natural Woman”, this Tony and Grammy Award-winning musical opens in June at the Meralco Theatre.

Its final musical for the year is the Stephen Sondheim/Hugh Wheeler’s musical masterpiece “Sweeney Todd.” It has become a bloody, worldwide success since being awarded eight Tony Awards, (including Best Musical), for its Broadway premiere, as well as the Oliver Award for Best New Musical. Stephen Sondheim’s and Hugh Wheeler’s thrilling theatrical treat has shocked, awed and delighted audiences across the world.

This radically different production of “Sweeney Todd” also celebrates the show’s 40th Anniversary, having opened on Broadway in 1979. It will run in October at the Theatre at Solaire.

Atlantis will also have a year-round musical theatre workshop series starting in January, and has created a new division entitled Atlantis Imaginarium Young Theatre (AIYT), its new arm for theatre for young audiences and family shows. AIYT will be spearheaded by Steven Conde and Sarah Facuri.

Atlantis will also be publishing “Atlantis Twenty,” which captures the journey of the company over 20 years, with photos from its various productions and articles by many luminaries of its shows. The book records the hard work and dedication put into producing theatre, from rehearsals to opening night. It is filled with never-before-seen photos, as well as backstage stories from different points of view. The book is targeted to be launched in May.

Atlantis’ Artistic Director Bobby Garcia says, “On behalf of everyone at Atlantis, we thank you for supporting us for 20 years. We have lined up a terrific 20th season that we are very excited about. We have a bit of something for everyone. We hope to see you at the theatre in 2019.”

A full cast for each production will be announced soon, as well as additional 20th anniversary events.
For information on show buying and group sales for all shows, contact Atlantis Theatrical Entertainment Group/ Ten Bridges at tel. no. 650-5144 or email at [email protected]