In ‘The Dressing Room,’ the haunting agony and ecstasy of Theater | Inquirer Lifestyle 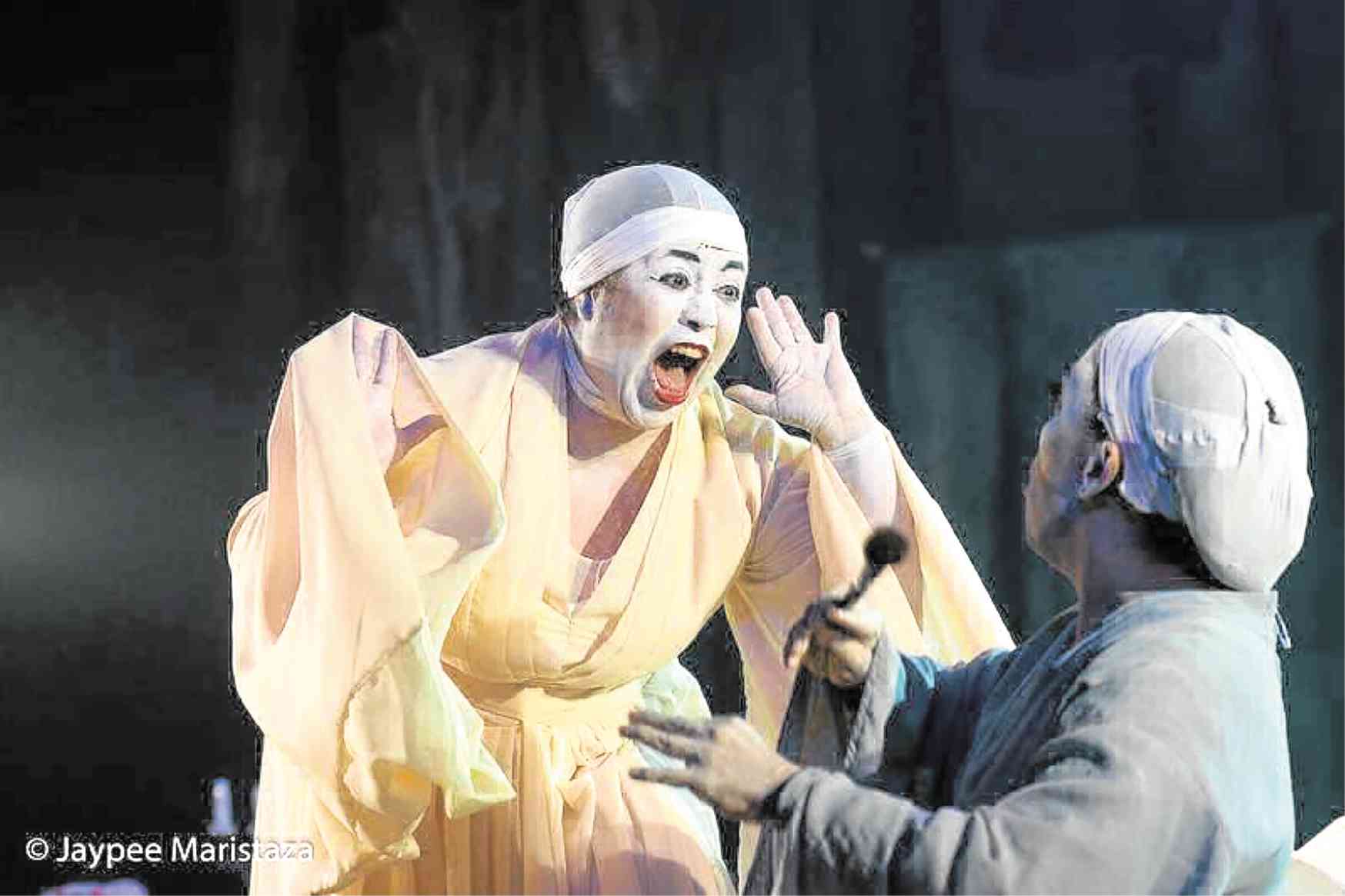 Faust Peneyra contrasts the ghosts in ethereal white with shockingly vivid costumes for the “real” characters in this restaging of “The Dressing Room.”

In ‘The Dressing Room,’ the haunting agony and ecstasy of Theater

Dulaang Unibersidad ng Pilipinas’ (DUP) “The Dressing Room: That Which Flows Away Ultimately Becomes Nostalgia” is yet another instance of how watching a restaging of an already-striking original production can deepen one’s enjoyment of a work.

Using Chiori Miyagawa’s adaptation of John Gillespie’s prior translation of the Japanese-language play by Shimizu Kunio, this production already perfected its mix of satirical humor and elegiac melancholy when it premiered two years ago.

The play is, on so many levels, about Theater. It is at once a sardonic and compassionate look at four actresses (identified as Actresses A to D, with two of them “ghosts”), each one a creature of her own talent, personal psyches and histories, and generational contexts, but all of them testaments to the commitment that must be poured into their life choice.

Incorporating actual deliveries of Chekhov, Shakespeare and Japanese theater, the play is unforgiving in its depiction of the pettiness, self-regard and cruelties that happen in the back rooms of glamorous stage productions.

But it transcends its characters’ personal dramas.

The narrative is structured around two dimensions—contemporary reality and ghostly phantoms of the past—suggesting so much the ironies and, perhaps, ultimate heartbreak of Theater, as reflected in the play’s subtitle.

There is impermanence, from performances to philosophies (revealed in the exchanges between the ghosts of pre- and postwar theater styles) to aspirations (the rankling pain of the role of “prompters”) to actual lives themselves.

There is the conjunction (and potential conflict) of cultures, implied in the play’s Japanese ambiance and tone vis-à-vis the Western focus on Shakespeare and Chekhov. And there is the overarching theme of a more “serious” world beyond Theater’s triumphs and foibles: the destruction of war, the violence that impacts the actresses’ lives (and even the dressing room), a world of hospitals and illnesses.

On top of all this, it is the ghostly dimension that paradoxically affirms the permanence of both the passion and frustrations of Theater.

The production wonderfully realizes all of that through director Alexander Cortez’s skillful interweaving of both dimensions and imaginative use of the ensemble in effecting scene and costume changes (though this writer is less sure as to the relevance of the arresting dance sequences framing the body of the production).

The heart of this production, of course, is its four superb actresses who, together, personify the agony and ecstasy of Theater.

Frances Makil-Ignacio and Ces Quesada are splendid as the ghosts, who may at first be mistaken as two peas in a pod, but through their squabbles, cattiness, deliveries and pauses, radiantly emerge as real personalities.

Satirically nuanced in her role’s lack of nuance, Missy Maramara provides delightful contrast as the loudly assertive setoff against the ghosts. And Hariette Damole (alternating with Maxine Ignacio) is heartbreaking as the young Actress D, very well holding her own versus the three veterans.

Together, these actresses are a master class in ensemble acting, making this celebration of the passion and dedication that goes into the theatrical calling linger in the mind long after its close. —CONTRIBUTED