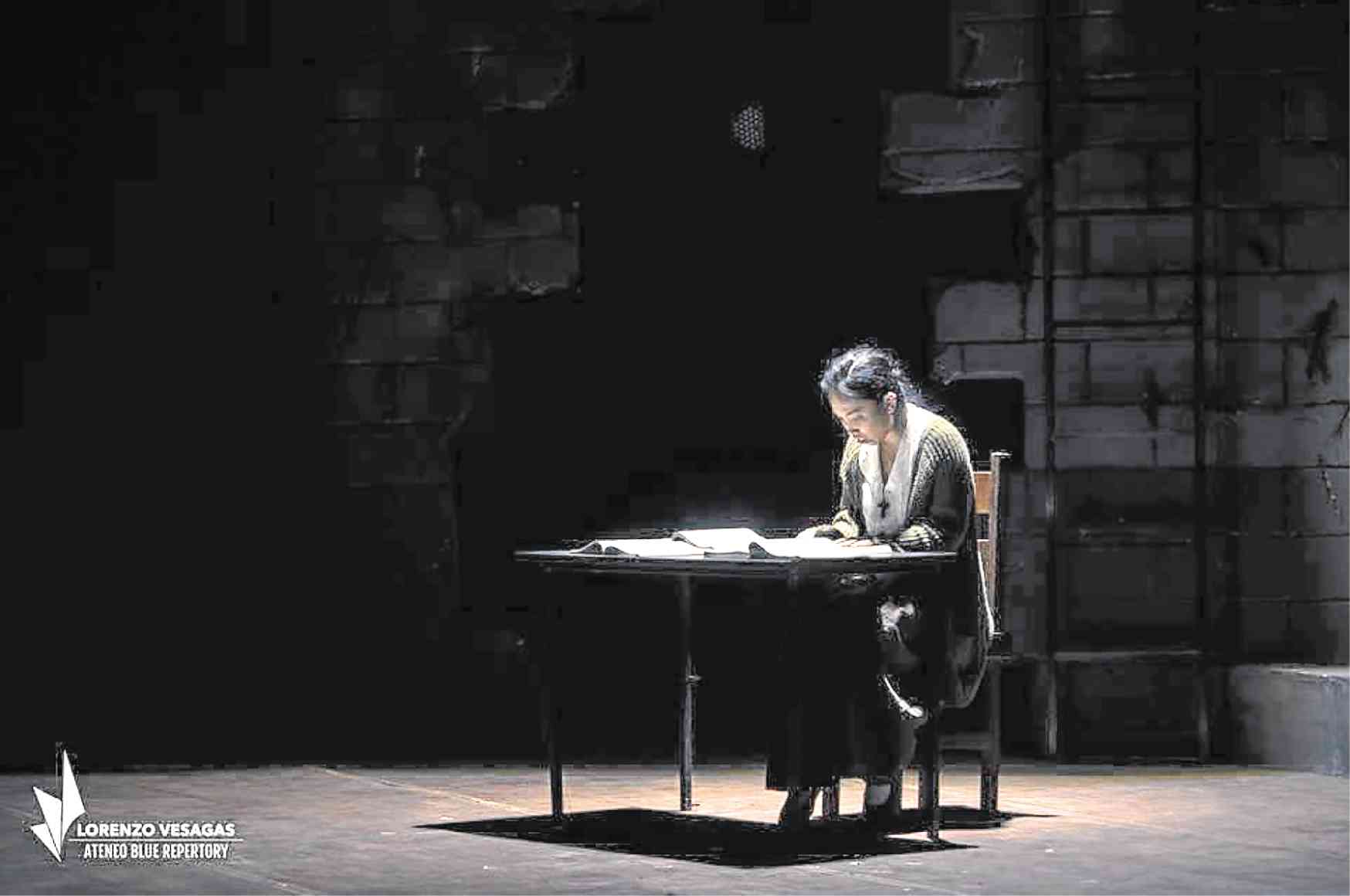 BlueRep’s production never overstates the title character’s powers, making it more eerie to see a chair gliding across the floor or a book slamming shut on its own.

As a vehicle for delivering a bloody spectacle, Ateneo Blue Repertory’s “Carrie” struggles to make a devastating impact. Though pleasantly odd in parts, it doesn’t commit to its story’s horrific nature, its conflicts too clean and performed, never having the bite it needs.

The story is deceptively simple, tying together with surprising sensitivity the themes of womanhood, motherhood, religious hypocrisy and growing up.

Unfortunately, though “Carrie” succeeds at expressing its big-picture ideas, with a pastiche score that’s disorienting but effective in maintaining an atmosphere of foreboding and regret, a few of its individual elements never justify their own existence.

The musical is also bookended by songs that express the frustrations and anxieties of youth, using the titular character as a cautionary tale through which the other teenagers in the story learn kindness. The sentiment is appreciated, but it is ultimately reductive—ignoring the intertwined issues of gender, class and faith that bring Carrie to her inevitable fate.

Still, BlueRep’s production never overstates the title character’s powers, making it more eerie to see a chair gliding across the floor or a book slamming shut on its own.

Director Jill Peña uses the Rizal Mini Theater’s width wisely—resisting the urge to stuff the space with movement and opting instead to let the barren walls and occasionally stark lighting communicate the decrepit state of Carrie’s world.

And though most of the cast play their American teen characters in overly broad strokes, they nevertheless function well as a unit, throbbing and converging to Lance Bahia’s choreography.

Audiences may not find themselves as shaken as the production wants them to be, but this “Carrie” is generally held together by some memorable moments and strong performances.

Astley gives Sue’s narration enough genuine emotion to elevate it beyond mere exposition. Festejo’s wide eyes and bowed head convey a wealth of emotion boiling within Carrie (while barely overcoming her excessive makeup). And Claravall runs away with the show, finding within Carrie’s monstrous mother an entire history of pain. —CONTRIBUTED