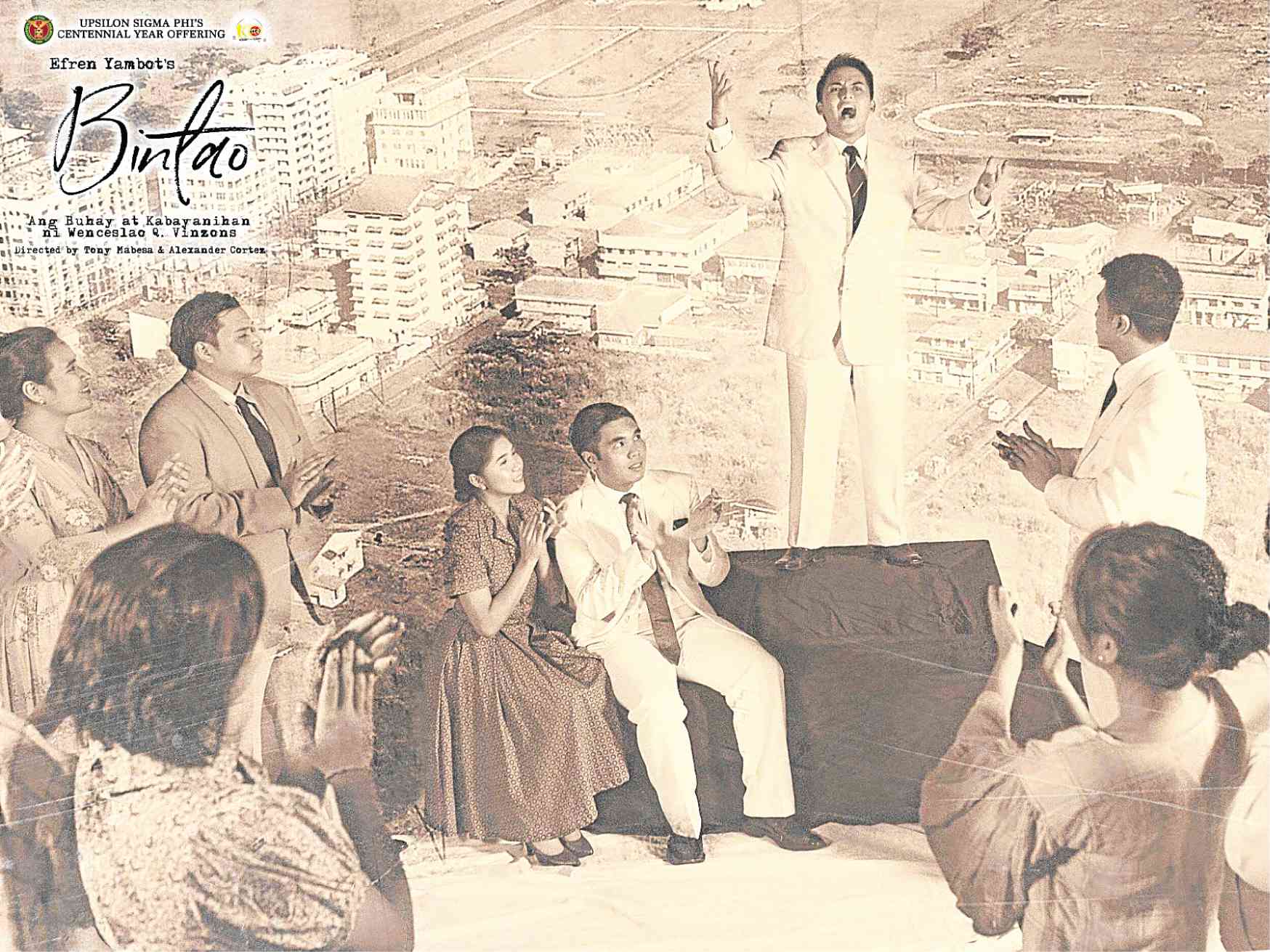 “Bintao” is one of the highlights of the fraternity’s centennial celebration, since arts and culture have played a major part in its illustrious history.

In celebration of its 100th founding anniversary, Upsilon Sigma Phi fraternity stages “Bintao: Ang Buhay at Kabayanihan ni Wenceslao Q. Vinzons” by Efren Yambot, under the direction of Tony Mabesa and Alexander Cortez, at the University of the Philippines Theater, Diliman, QC, on Nov. 23, 7 p.m., and Nov. 24, 3 p.m. and 7 p.m.

“Bintao” traces the life and times of Vinzons, from his beginnings as a UP student—president of the Student Council and editor in chief of the Philippine Collegian, to his rise in the political realm as governor and congressman of Camarines Norte. It ends with his martyrdom as leader of the Vinzons Guerillas in the war years.

The play tells the story of a Filipino hero whose ideals resonate to this day.

“Bintao” serves as one of the highlights of the fraternity’s centennial celebration, since arts and culture have played a major part in its illustrious history.

In the cast are members of the Upsilon Sigma Phi and Sigma Delta Phi Sorority, guest performers from Dulaang UP, Tanghalang Ateneo, and Dulaang Filipino of Benilde, and other theater groups.