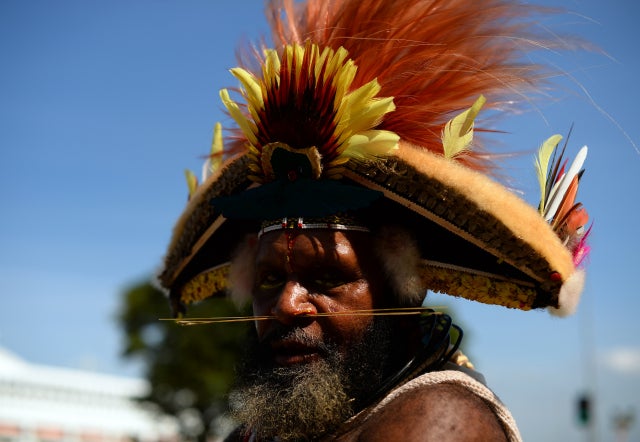 If you are traveling to Papua New Guinea, you don’t need to pack a phrasebook, you need to bring an entire library.

With 841 living tongues and a colorful creole lingua franca, this Pacific nation is the undisputed world champion of linguistic diversity.

From Pii in the mist-cloaked highlands to Toaripi on the shores of the gleaming Coral Sea, Papua New Guinea is a linguist’s paradise with one in 10 of the world’s languages found here.

The number of speakers of individual languages can range from a handful of people in the jungle — not much more than an extended family — to millions spread across provinces and terrains.

Experts point to the country’s relatively weak central government, deep valleys, almost impenetrable vegetation and roughly 600 islands to explain why a country of eight million people and smaller than Spain has such a bounty of languages, when 46 million Spaniards — for all practical purposes — make do with a dozen or so.

Many of these diverse tongues have developed undisturbed over tens of thousands of years, making Papua New Guinea something of a linguistic Galapagos.

To get by day-to-day, Papua New Guineans typically speak three to five languages, and understand many more dialects.

But ironically they can sometimes struggle to render a simple sentence in one language into their mother tongue —particularly when discussing numbers over 10 or when rural-based languages are deployed to describe life in the big city.

When asked to say “there are more than 800 languages in Papua New Guinea” in Vula’a — which has a couple of thousand speakers in the central province — Port Moresby office worker Sonia Pegi has to call her dad just to make sure she has it right.

The country’s most widely spoken language is pidgin English or Tok Pisin, although this being Papua New Guinea, Tok Pisin only claimed its lingua franca status after beating out a pretender in the form of semi-creole Austronesian language Hiri Motu.

“Tok Pisin is derived 80-85 percent from English,” said Jenny Homerang who is starting a pidgin language course at the Australian National University in Canberra. “But you also have bits of German and bits of Portuguese.”

In fact, Tok Pisin is something of a linguistic sponge, soaking up words from languages as distant as Taiwanese and Zulu, which dominates the southeastern corner of Africa.

Suspected sorcerers, who in Papua New Guinea can often be the victims of extreme violence, are referred to as “sangoma”, a word familiar to anyone living in Johannesburg or Durban.

Tok Pisin is also a deeply expressive language: you can ‘bagarap’ your car in an accident, or relieve yourself in the ‘sithaus’.

But sometimes things get lost in translation. ‘Ol’ means ‘they’, not ‘all’, which can confuse a first-time visitor.

Similarly, ‘lukim yu bihan’ is not an instruction to turn around, but a way of saying ‘goodbye.’ NVG