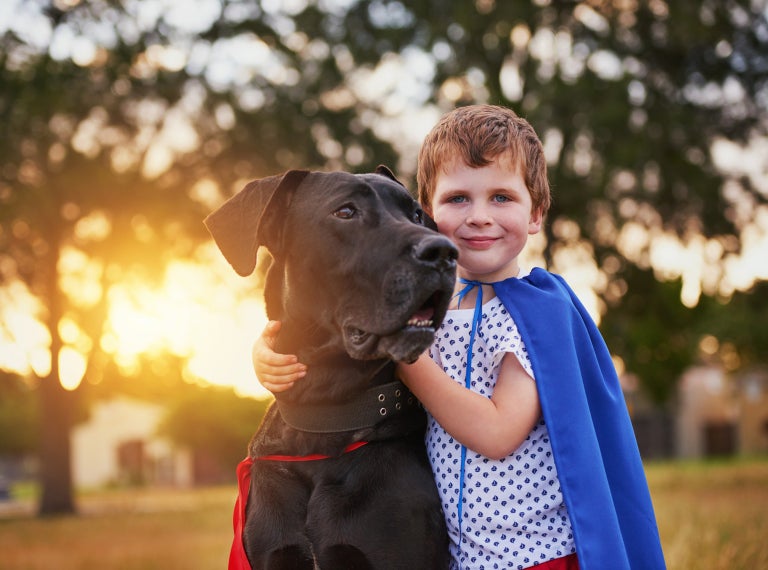 New Swedish research has found that growing up with a dog is linked to a lower risk of asthma in children, especially if the dog is female.

Carried out by researchers at the Karolinska Institutet and Uppsala University, the new large-scale study looked at national register data for all children born in Sweden from 2001 to 2004, a total of 23,585 infants, who had a dog in their home during their first year of life.

The researchers classified each dog by sex, breed, size and whether they were described as “hypoallergenic” and investigated the relationship between each characteristic and the risk of asthma, allergy diagnosis, or the prescription of asthma or allergy drugs at the age of six.

The team also took into account all known factors that could affect the risk of children developing asthma or allergies, such as whether the parents had asthma or any allergies and number of siblings.

The findings, published in the journal Scientific Reports, showed that the prevalence of asthma at age six was 5.4 percent, although certain dog characteristics appeared to lower this risk.

Children living with a male dog appeared to have a similar risk of asthma to children who did not have a dog.

However, exposure to these breeds was associated with a 27 percent higher risk of allergy, although no increased risk of asthma. In addition, the researchers also failed to find a relationship between “allergy friendly” breeds and a lower risk of asthma.

Although previous studies have already found a link between growing up with dogs and a lower risk of childhood asthma, it has not been known until now whether a dog’s characteristics may also modify this risk.

“The sex of the dog can affect the amount of allergens released, and we know that uncastrated male dogs express more of a particular allergen than castrated dogs and female dogs,” explains co-lead author Tove Fall. “Moreover, some breeds are described anecdotally as ‘hypoallergenic’ or ‘allergy friendly’ and are said to be more suitable for people with allergies, but there is no scientific evidence for this.”

“The likely explanation for this higher risk is that families with a history of allergy to furred pets more often choose these dogs, and also that ‘allergy friendly’ dogs do not in fact release less allergens,” added Catarina Almqvist Malmros, who co-led the study with Fall.

“The finding should be treated with caution as we can say nothing about any actual causality,” she added. “More studies are needed to monitor differences over time, measure the risk of allergies using biomarkers, and take account of the microflora.” JB

Parents in US concerned about too much sex, nudity in PG-13 films — survey