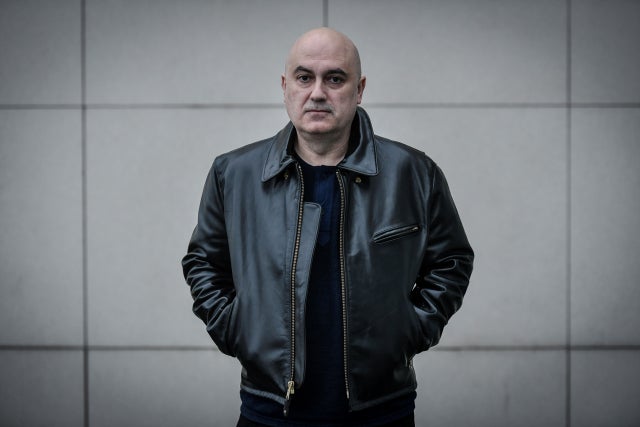 Spain’s Calixto Bieito built his reputation by shattering operatic norms, but his new production of “Simon Boccanegra” in Paris shows the restrained side of a director more known for performances featuring sex, blood and violence.

“I don’t have a formula that I use each time in every opera,” Bieito told AFP in an interview as his interpretation of the Verdi work premiered at the Opera Bastille this past week.

“I have different facets,” he said.

The 55-year-old Catalan native, once described as the “Quentin Tarantino of opera,” has for years staged some of the most outlandish and controversial reworkings of the classics.

His torrid “Carmen” by Georges Bizet, which has been staged in different cities over the past 20 years, has been branded both “vulgar” and “brilliant,” depending on the critic.

In 2002 he secured his place in opera history with a scene of politicians reading newspapers on the toilet in Verdi’s “Un Ballo in Maschera” (Masked Ball).

Hard-to-stomach torture and rape scenes featured in his “Trovatore” of 2003, and the following year audience members walked out on his “Abduction from the Seraglio” upon discovering that Mozart’s harem had been transformed into a bordello.

But with “Boccanegra”, which explores the intrigues and pitfalls of power surrounding the first doge of Genoa, Bieito invites psychological introspection with a more sober approach.

Haunted by his past — a death, a murder, a deceased lover and a daughter who has disappeared — Bieito’s Boccanegra is a tortured soul amid the fratricidal struggles that plagued the city in the 14th century.

The Bastille Opera stage is starkly minimalist with only the hulking framework of a ship, its neon lights punctuating the shroud of darkness.

The performances are restrained as well, even when Boccanegra, played by the French baritone Ludovic Tezier, is reunited with his daughter.

But the ghostly apparition of a topless Maria, Boccanegra’s former lover, and a large-screen video projection of rats scurrying over her naked body, has left some viewers cringing and prompted some boos after the final curtain.

“Simon Boccanegra is like a film noir. It’s a dark and very intimate work whose story is complex and sad,” the director said.

“It’s not a crowd-pleaser like ‘La Traviata’ or ‘Rigoletto,'” Verdi’s best-known works, he continued.

“Verdi wanted to show how the sufferings of our fathers are transferred to us genetically.”

Asked about the criticism of his latest work, he recalled that when his “Macbeth” was staged in Salzburg in 2011, “some people walked out because they couldn’t bear watching children being killed. It’s normal.”

Nonetheless, “I don’t provoke just for the sake of being provocative,” he said.

“In ‘Othello’ there is murder and ‘Lady Macbeth of Mtsensk’ by Dmitry Shostakovich is a violent, sexual work. And if ‘Salome’ wasn’t sensual it would no longer be ‘Salome.'”

Yet his reputation for shock and awe is hard to play down, to the point that he has often been asked in his native Spain to write a book on the “art of provocation,” an offer he refuses.

“I don’t want to have to explain myself all the time,” he says, while citing Goya’s paintings and Luis Bunuel films as major influences, as well has his strict Jesuit schooling.

“They often say a Jesuit education either turns you into a Jesuit or an anarchist. Me, I’m free,” he said.

His next creation for Paris will be Bach’s “Saint John Passion” at the Chatelet theatre.

“It will be completely spiritual,” Bieito said. CC

How the CCP will transform into Paris Opera House

Love and friendship in the opera world