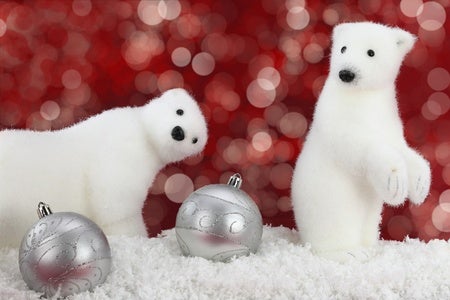 It is the time of year when shopping malls try to outdo each other when it comes to Christmas displays. The only department store in the Isle of Man, a territory of the United Kingdom, however may have gone a little overboard with its seasonal decorations.

Photos of Tynwald Mills’ polar bear displays circulated social media, earning laughs from amused netizens who found the mammals’ positioning lewd or pornographic. The display shows one adult polar bear crouched on all fours while the other stood behind the first bear.

“Went to Tynwald Mills today and was quite amused yet disturbed by their placement of their [Christmas] polar bears,” wrote one Twitter user, Ruth Hogg (@MrsManxTiger), on Sunday, Nov. 18.

Went to Tynwald Mills today and was quite amused yet disturbed by their placement of their Xmas polar bears 😳🙈🤣 #merryxmas #ohmy #naughtybears #feelingthelove #frombehind #bearbehind @Laughology pic.twitter.com/V5vvTgGmSB

In another set of photos uploaded by another netizen, Sam Turton (@TurtonSam), a “peeping Tom” can be seen placed away and somewhat behind the polar bears. What looked like a brown bear, who was wearing a scarf and winter boots, was in a side-bending position, appearing to be watching the polar bears.

@TheLastLeg #isitok A shopping outlet in the Isle of Man set up a lovely polar bear display for Christmas and it looked like this. pic.twitter.com/NtXxfggTm5

In response to the Christmas display fiasco, Tynwald Mills issued a cheeky apology via its Facebook page yesterday, Nov. 19.

“We’d like to thank our customers for getting a little too into Christmas this year with our Polar Bears in the atrium and can reassure you the display has changed somewhat since setup,” the page stated. “Apologies to anybody offended by our somewhat interactive display.”

One netizen took to the comments section of the post to chide the department store for removing the display, as it would have been an effective way to lure shoppers.

“Perhaps a little X-rated for some!” was Tynwald Mills’ amusing reply. “The polar bears have had a talking to, and our severe case of ‘Night at the Museum’ hopefully won’t repeat itself!”

Another commenter hoped that the department store did not move the crouched bear to face the standing bear, as it would have made the positions look “worse.”

Meanwhile, one Facebook user lauded the brains behind the marketing ploy.

“Best bit of marketing ever,” said one commenter, Annie Pierce. “Whoever did this deserves the Christmas bon(e)us and a big fat raise!” JB

Have a nonplastic Christmas