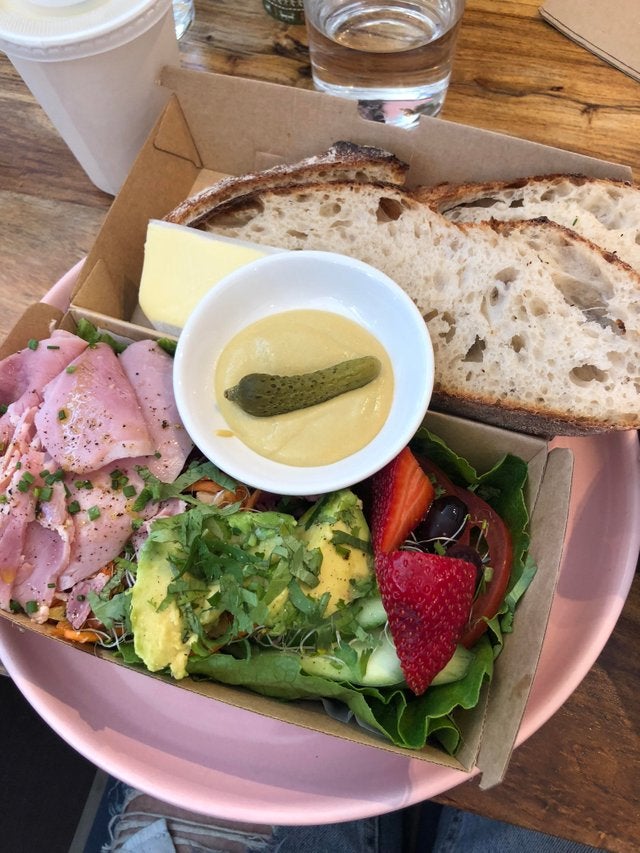 A simple ham sandwich was all one Australian diner wanted. Instead, what the customer got was a DIY sandwich in a box.

The debate around this deconstructed ham sandwich which cost $17 (around P890) began when Reddit user u/MiloXF shared a snapshot of what his cousin got at a restaurant in a Nov. 25 post–ingredients for a sandwich placed inside a box on top of a plate.

The top comment by u/LordWalderFrey1 immediately pointed out, “What the hell is the appeal of deconstructed food?”

From u/MiloXF’s shared photo, the sandwich box had two slices of bread on one side and on the other the sandwich fillings. These included slices of ham, some butter, and several salad items like tomatoes, olives, and lettuce.

Some reasoned that deconstructed food fad had to do with presenting customers with something non-traditional to fit a store’s certain aesthetic. Others mentioned it gave customers options on how they want their food prepared.

Reddit user u/dyso1 commented, “If I wanted to make a sandwich myself I would have stayed at home and done it.”

Meanwhile, others questioned the validity of including strawberries in a ham sandwich. User u/LuckyBdx4 may have represented what everyone else was thinking when he wrote, “Who the f*** has strawberries on a sandwich?” User u/sydneybluestreet added that strawberry was the stupidest thing in the photo.

User u/aussietornado also pointed out the inconvenience some customers go through because of a current fad. “Yeah, it s**** me to tears; hangry AF & gotta make your own sanga (sandwich) that you just paid too much for because deconstructed food is the ‘in thing,’” the user wrote.

Other users also noted the wastefulness of having to use a cardboard box to package the deconstructed sandwich, as opposed to simply putting it on a plate.

While the rest of the commenters shared their opinion on how annoying the deconstructed food trend is, some suggested the sandwich may have come from the store Bread & Circus in Alexandria.

For all the complaints and rants the commenters left on u/MiloXF’s post, the bottom line was these Australians want their sandwiches made and ready to eat when it arrives at their table. Especially if it costs $17.  /ra