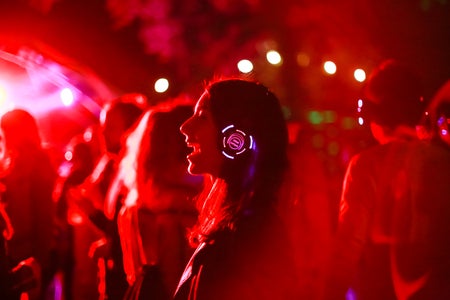 A city council in Scotland is about up to its ears dealing with complaints against silent parties due to the boisterous partygoers.

Silent parties, where people dance and sing while listening to wireless headphones, have been a hit in Edinburgh.

But according to councilor Joanna Mowatt, “silent discos are not silent.”

“There is a lot of whooping and screaming, especially when you have 40 women on a hen party,” Scottish newspaper The Herald quoted her on Monday, Nov. 26.

She claimed that constituents have complained to her as well about groups loitering on sidewalks and that the issue has been raised by a community council in the past nine months.

Silent parties even have tours in Edinburgh, though operators have also raised the issue of ad hoc groups making their own tours.

While a license is needed to do business in a public place, silent discos tend to take bookings online, thus skirting around the need for a license.

One Swiss city, Lausanne, banned outdoor silent discos in 2016 because partygoers were too loud as they sang along to the music.  Niña V. Guno /ra

‘Silent’ parties are all about the music