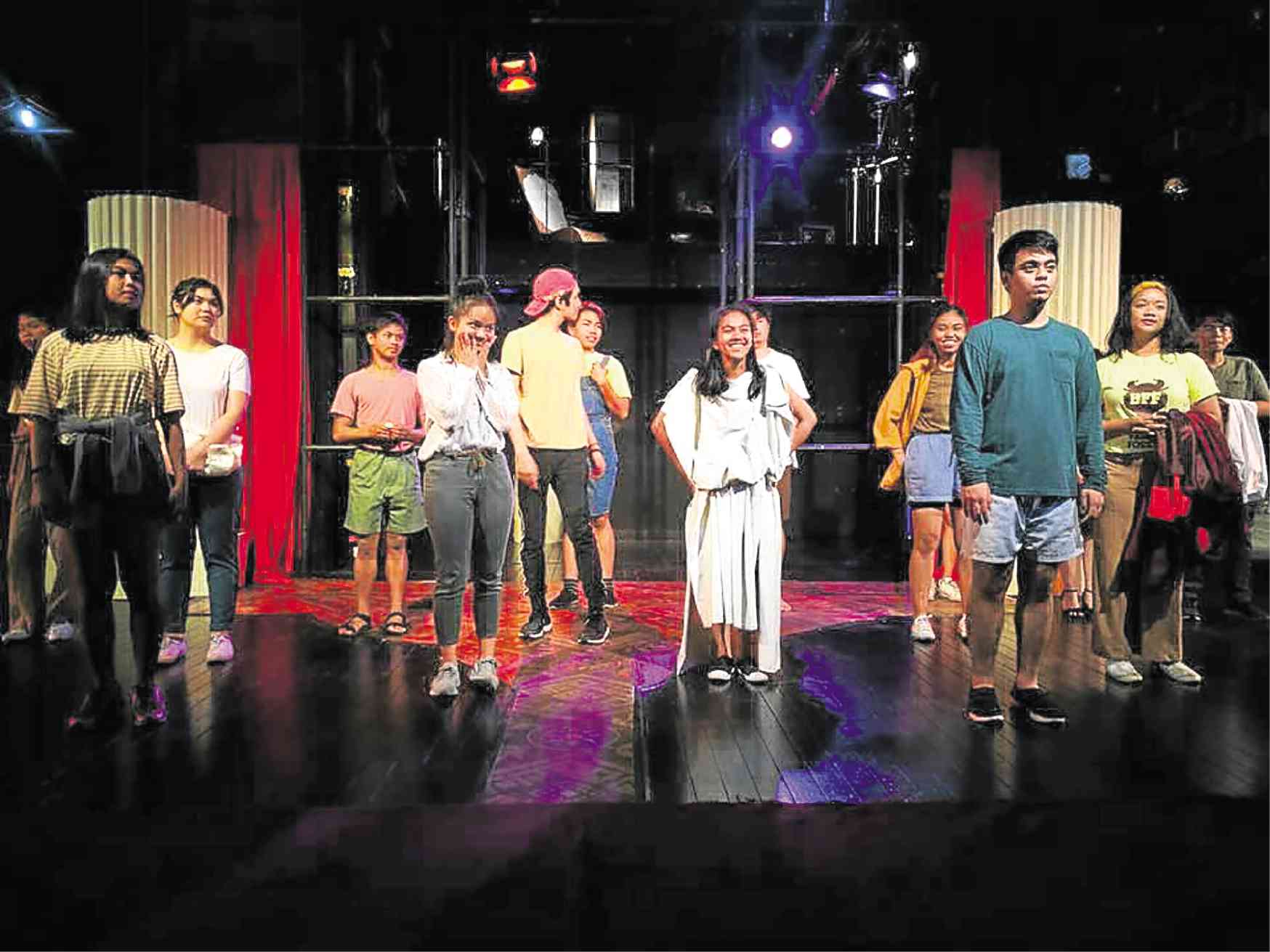 In Dulaang Filipino’s “Alyas July,” which had a four-day run this week at College of St. Benilde-School of Design and Arts Black Box, playwright Eljay Castro Deldoc turned the scheming politicos of Shakespeare’s “Julius Caesar” into scheming company members of a college theater troupe trying to get through a technical dress rehearsal of “Julius Caesar.”

Adapting Bienvenido Lumbera’s Filipino translation of the Bard, Deldoc wrote a play-within-a-play that sometimes called to mind the great backstage farces such as Michael Frayn’s “Noises Off.”

Caesar was now July, the stage name of a senior company member with (predictably) diva attributes, and the rest of the Shakespearean characters were “played” by these backroom staples—the spotlight-hungry understudy, the persecuted company manager, the inept newbie, etc.

What transpired, then, was a play that could have altogether done away with its source material. “Alyas July” was far more credible—and enjoyable—when it was dealing with the idiocies and tempers of its “real” characters than when it was trying—and not entirely succeeding—to give justice to both the Shakespearean and the Lumbera texts.

Unsurprising: Deldoc has proven himself a master comedian at the Virgin Labfest, with absurd, laugh-out-loud hits such as “Ang Goldfish ni Professor Dimaandal” and “Pilipinas Kong Mahal with All the Overcoat.”

Deldoc’s deft hand at comedy was most evident in “Alyas July’s” best sequence, which saw the character of the head stage manager (Uzziel Delamide) devolve into a hysterical breakdown in the face of the fictional production’s impending doom. The whole scene could (should?) have gone on and on, honestly, what with Delamide screaming and squalling and even scaling the scaffolding set to the audience’s irrepressible delight.

But “Alyas July,” directed by Riki Benedicto, just had to go back to its “serious” roots—a move that felt more reverential than essential—exposing the flaws of this adaptation.

It wasn’t just a question of the cast of college students struggling with the hardcore Shakespeare (a painful rendition of the oft-quoted “Friends, Romans, countrymen…” speech figured in this production); it was also a question of why Deldoc felt the need to jumble the original literary text with the newly written pedestrian dialogue.

The mix wasn’t smooth, to say the least; one could always spot the tonal shifts in the script, and instead of being enlightening—of somehow shedding a novel understanding of this classic—they were simply distracting.

Like the warring characters in “Julius Caesar,” perhaps what this play foremost needed was to choose sides. This author, for one, is beyond excited to see Deldoc take the backstage farce all the way. —CONTRIBUTED