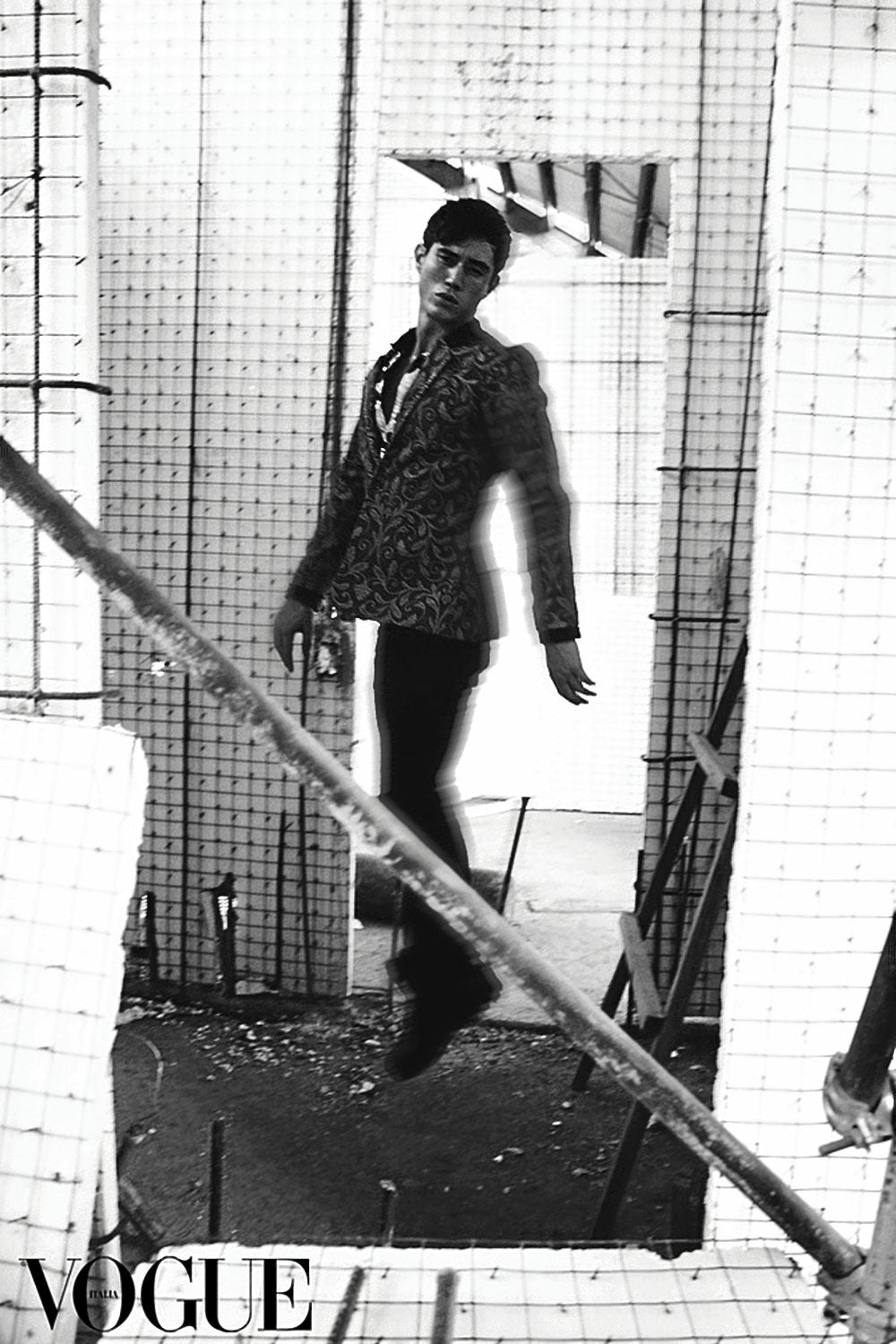 You may wonder how this aspiring young photographer got on Vogue Italia’s radar. Thanks to the power of social networking, Adrian Gonzales, a recent film graduate of the University of the Philippines, learned about Vogue.IT’s program for aspiring fashion photographers.

Photographers from around the globe  submitted their fashion photos, which were evaluated by Vogue Italia’s photo editor Alessia Graviano.

“I took the risk,” says 23-year-old Gonzales. He submitted six photos for review, three of which were featured on Vogue Italia’s website last May 2011 in its photovogue section. Gonzales was in shock, since Vogue hardly posts works from aspiring photographers.

In preparation for Vogue Italia’s Fashion Night Out last September 2011, the publication called for international photographers to submit their photos, interpreting the essence of time for its “Watch Mi” exhibit.  Vogue chose 100 photographers to exhibit their photos at the Palazzo Morando.  Young Gonzales made the prestigious list.

His photo depicted a male model’s back with his hands clasped. “To me, it looked like the hands of a watch,” he says. “I even woke up my mom when I got the news,” he says of the first thing he did when he found out he was part of the exhibit.

Adrian Gonzales has been in love with art since he was a kid. In college, though, instead of taking art, he took electronics and communications engineering, thinking he might learn to love the course. After three years of study, he found himself shifting to become a film major.

“At some point, the things I did in grade school with art and going to college with no art—they were all bridged by photography,” he says.

He started photography with a digital camera, shooting his friends. It started with barkada shoots, then turned into fun shoots with  fashion magazine concepts.

He was attracted to romantic-themed shoots, inspired by Japanese filmmaker and animator Makoto Shinkai’s works. “His works are pristine,” says Gonzales.

“I really love themes with a touch of magic, but not going down the fantasy path,” he says.

He loves avant-garde fashion shoots, but stresses that they should be grounded in reality.

He mentions Steven Meisel’s photos as inspiration. “Most of his works have fashion advocacy attached to it,” he says.

Being a film graduate, Gonzales applies film techniques to his photography. For instance, he has learned techniques in lighting, including what is artistically good versus what is commercially viable.

In spite of the good start to his photography career, Gonzales is still challenging himself to do better and be better.

“As a person and an artist, certain merits don’t necessarily  make you the best. It’s a nice and very rewarding experience to be chosen, but it doesn’t stop there,” he says.

He is currently juggling his time with photography and being editor in chief of Zone Magazine (Zonemagazine.tumblr.com), a bi-monthly online magazine, founded by himself and Jerick Sanchez. Zone features both young and experienced artists and designers, and provides them an avenue for showcasing their artistry.

Is there anyone in the local scene he would like to work with? He would love to photograph Jasmine Maierhofer and Fabio Ide. He also wants to learn from and work as assistant to Marc Nicdao.