‘The older I get, the more important my roots are’—Cecile Licad | Inquirer Lifestyle ❮ ❯ 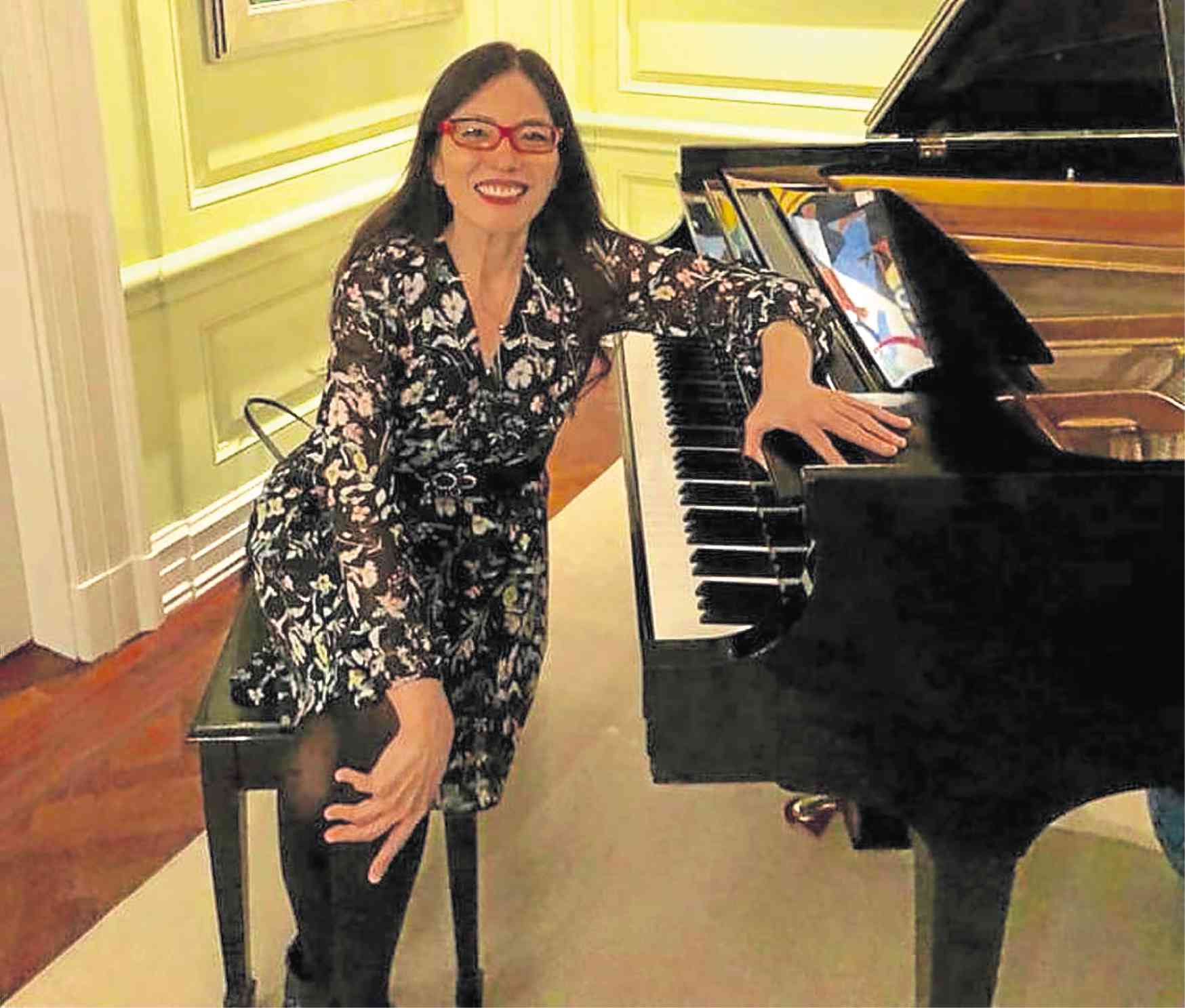 ‘The older I get, the more important my roots are’—Cecile Licad

Instead of her usual jampacked major concert at Cultural Center of the Philippines and similar capacious venues, Cecile Licad is performing in a southern mansion, a church, a cinema, a convention center, a modest-sized auditorium and a carabao center.

There is reason for this. The 57-year-old pianist referred to the people in Iloilo, Baguio, Capiz, and the Science City of Muñoz as “people who don’t get the chance to hear great piano music played in a high level. Plus, they are also my countrymen. I cannot play just for those in the big cities. The older I get, the more important my roots are. I am a Filipino artist. If I can touch the soul of the people in the provinces with great music, I believe this is not only my duty but something that can give me joy.”

Licad was recently honored at Carnegie Hall in New York for being among The Outstanding Filipinos in America.

Asked how it felt to have one more statuette or prize medal on her shelf, she replied: “I am very proud to have been given the heritage award at Carnegie. I was actually stunned with the response I received. After all, I am not a pop artist, but when I see that art is honored, my heart swells.”

She continued: “I have given my whole life to the tremendous, difficult art of piano playing and have found out about how great music lasts for the ages. I don’t mean commercial junk music. I have found in my lifetime that art still matters. I have no interest in how many medals I have on my shelf. To be honest, I do not have a shelf with medals or statues, but I have many remembrances of people who have been touched by what I try to do. These people are from all classes and ranks. That’s what counts. I am deeply grateful.”

On Facebook, she wrote that it takes a certain courage to perform Chopin’s masterpieces for the public.

Of the music she will play in her Visayas and Northern Luzon concerts, she said: “Chopin’s music has a depth that never ends. When I was young, I had only a small idea of his greatness, but through the years, I have grown more into his higher levels of spiritual being. The problem always is to be able to play it technically on the level it deserves. Only in the highest virtuosity does it proclaim itself in all its glory and profundity.”

Recently, she also released a well-received CD, the third in a series called “American Landscapes.”

She hoped there would be a demand for copies of it in places she will perform. “I hope that my new recordings will be available to those who would like to have them. I worked long and hard on these special pieces of music which show a tremendous variety. My American nocturne album should intrigue music lovers who are insomniacs or not. I am very proud of it. It was hard labor. In a way, these are newfound treasures of piano literature.”

She had some realizations about American piano music when she did the series. She said, “The United States has produced some major composers. My work with MacDowell, Griffes, Orenstein and others was a revelation to me of their artistic importance. I am pleased that certain critics have said that I have probed deeply into these works.”

Her next recordings will be all the works for piano and orchestra by George Gershwin. They will be conducted by Gerard Salonga who, she said, “has a real understanding of the Gershwin idiom. I am excited. It’s going to be lots of work, but I am sure a lot of fun as well.”

For this homecoming, Licad looks forward to savoring food and speaking Filipino. “Whenever I am away from my country for any length of time, I begin missing certain things: smells, sounds and, of course, hearing spoken language. Filipinos, I think, have a sense of fun and their own unique humor.”

She likes simple cooking or anything with sabaw, spicy or sour with patis. “Siling labuyo I adore, plus I do like kilawing dilis and bituka cooked Chinese style. I also like the fruits I can’t get so easily like duhat, lanzones, santol and manggang hilaw with bagoong.”

To the promising musicians in the country, she as ate (older sister) offers this final piece of advice: “Perseverance is important. But young pianists must immerse themselves in the very great culture and traditions of the piano. As the late Jorge Bolet, a great pianist and once president of the Curtis Institute of Music, said, it’s not enough to just listen to the great recordings by Horowitz, Rachmaninoff, Cortot and others. One must study them, for in their playing lies the secret of greatness which is far above mere excellence. I don’t mean imitation, but to study their specific individuality. This has nothing to do with playing fast or loud or even with feeling. This is the only way to find the artist in yourself. For a true artist, this is very important stuff.” —CONTRIBUTED