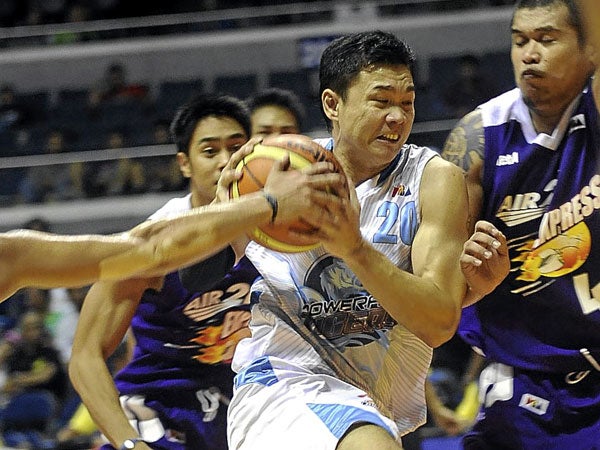 He can run, jump and shoot, but everybody agrees that Gary David is indeed Mr. Anonymous of the professional league.

But don’t blame it on the guy, whose knack for scoring and athleticism has set impressive standards in the Philippine Basketball Association. Rather, the 6’2” David, the Pinoy version of  NBA Most Valuable Player and Chicago Bulls star Derrick Rose, has the sore fortune of playing with teams whose members have fighting hearts but inferior talents when compared to the league’s big guns.

An explosive player who did not come from traditional UAAP and NCAA powerhouses, the Lyceum star was considered a steal during the 2004 PBA Draft. He was picked 10th overall in the first round by Coca-Cola Tigers, but was quickly shifted to Air21 after one season.

David admits that he longs for a PBA title, but says he isn’t in the mood to play the blame game for his failure to gain a massive following, unlike others whose inferior talent is offset by teams guaranteed to fill up seats in the cavernous Big Dome.

“Of course, I want to wear a championship ring. But I can’t do that unless we make the finals,” says David, who hails from Barangay (village) Sto. Cristo in Dinalupihan, Bataan. “My teammates and I want to win; it’s just that the other teams are better.”

After seven years of banging bodies and burning hoops, David starred in the Air21 squad, which lost seven games to Barangay Ginebra in the 2008 Fiesta Conference finals. Since then, David’s search for the ring has become so elusive that there is a growing clamor from his fans for him to switch jerseys.

But loyalty seems to be the guy’s second name. “My philosophy is to give my best in every game to the team where I have a contract,” he says. “My manager Danny Espiritu takes care of me very well and I’ll follow his wisdom.” David, who idolizes LeBron James and Dwyane Wade of the Miami Heat, says his contract with the Powerade Tigers expires next year.

Rumors of David being traded to San Miguel Beer had been circulating this season. While the trade did not prosper, it was obvious that other teams are salivating to get the high-flyer, who actually torched Ginebra for 36 points and San Miguel Beer for 35 points during his final two games with the Tigers in the Commissioner’s Cup.

Says Espiritu:  “Naturally, Powerade will maximize the value of somebody with Gary’s caliber.  To be fair, his current team isn’t going to stand in his way should there be trade offers.”

David has led the league in scoring during the past two conferences but sadly, the Tigers under Bo Perasol weren’t up to task and failed to reach the playoffs. As a result, David was overshadowed by San Miguel Beer’s Jay Washington in the battle for Best Player of the Conference award in the Philippine Cup.

The fans’ short memories also shortchanged him during the recent All-Star  Boracay.  The Tigers had gone on vacation early, and as a result, David did not figure prominently in the voting for the North and South line-ups. Typically, the two-time All Star didn’t sulk.

“Life is like that,” he shrugs. “A lot of people are saying that I deserved to be in the All Star, but it didn’t happen. I look at it as a challenge to become a more rounded player,” he adds. 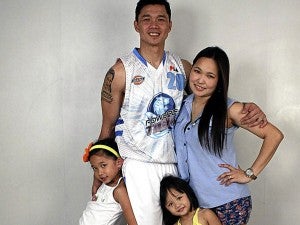 Plain bad luck has spoiled similar opportunities for David.  He was playing with Montaña Pawnshop when he became MVP during the 2003 Philippine Basketball League season. The award had people looking to him as the next superstar of Philippine basketball. But it was not to be. David’s world nearly collapsed when, in 2006, he injured his elbow. A year later, he tore his anterior cruciate ligament in the right knee.

Recalls his wife Jen Rose Santos: “I was pregnant with our second child and I felt so worried. But Gary was determined to come back strong.”

Thanks to tireless rehab sessions at the gym, David won the Comeback Player Award aside from making it to the PBA All-Defensive first team.

Will Lady Luck finally favor this excellent team player, doting father and superb cook on the side?

Despite the spate of missed opportunities, David remains optimistic. “My time will come,” he says confidently.