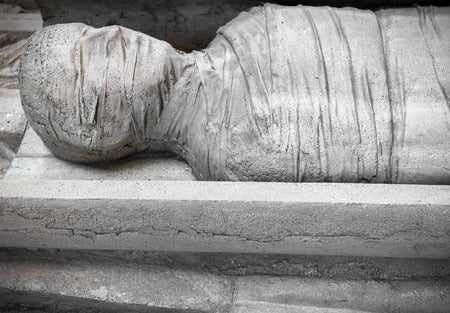 A court in Amsterdam on Wednesday, Dec. 12 dismissed a case brought by Chinese villagers who sought the return of a stolen 1,000-year-old mummified monk they said had been obtained by a Dutch collector.

The small eastern Chinese village of Yangchun has accused Oscar van Overeem of having bought the Buddha statue containing the remains of a monk in Hong Kong in 1996.

The human-sized Buddha in a lotus position, called the “Zhanggong Patriarch,” disappeared from a temple in Yangchun in late 1995 after being worshipped there for centuries. Missing for two decades, villagers in 2015 recognized the precious artifact as part of a display at the “Mummy World Exhibition” at Budapest’s Natural History Museum.

The statue was subsequently withdrawn. A scan of the statue revealed a skeleton inside — said to be that of the monk who lived nearly a millennium ago during China’s Song dynasty.

But Dutch judges said Wednesday that the Chinese village committee, which had brought the case, “cannot be considered a legal entity and is therefore declared inadmissible.”

“This means the tribunal will not deal with the case in substance,” it said in a statement.

Van Overeem, an architect, repeatedly insisted during the hearings that he no longer had the statue, which he said he exchanged in a swap with an anonymous Chinese collector in 2015. Previous retrievals of Chinese artifacts have been done through diplomatic channels.

Beijing in recent years has vehemently protested the sale of artifacts that it said were stolen, particularly in the 19th century when European powers began encroaching on Chinese territory. KM