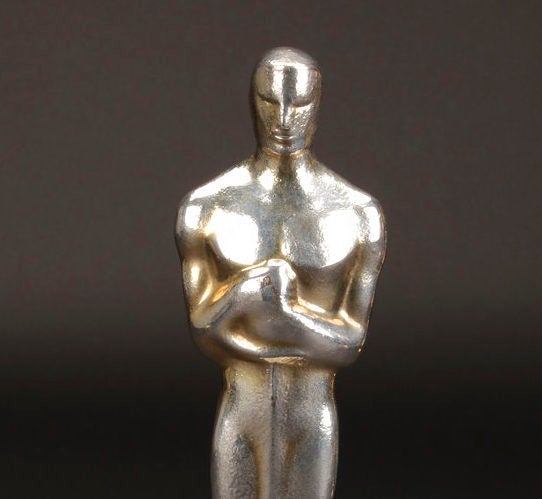 FILE - This undated file image provided by Profiles in History shows Irving Thalberg's Academy Award for best picture for "Mutiny on the Bounty." The best picture statuette for 1935's "Mutiny on the Bounty" fetched $240,000., in a rare auction of Oscars that ended Friday, Dec. 14, 2018, in Los Angeles. (Lou Bustamante/Profiles in History via AP, File)

Both were outpaced by an archive of papers on the origin and development of “The Wizard of Oz” that brought in $1.2 million (around P63.6 million).

Auction house Profiles in History announced the results after four days of bidding on Hollywood memorabilia that brought in more than $8 million (around P424.4 million) in total.

The “Mutiny on the Bounty” Oscar price came close to auction-house projections, but the “Gentleman’s Agreement” statuette brought in more than twice what was expected, for reasons that are not clear. The buyers of both Oscars and “The Wizard of Oz” document chose to remain anonymous.

Auctions of Oscar statuettes are very uncommon because winners from 1951 onward have had to agree that they or their heirs must offer it back to the Academy of Motion Picture Arts and Sciences for $1 before selling it elsewhere. The academy has said it firmly believes Oscars should be won, not bought.

Neither of the Oscars sold this week approached the record of $1.5 million (around P79.7 million) paid by Michael Jackson to acquire David O. Selznick’s “Gone With the Wind” Oscar in 1999. MKH