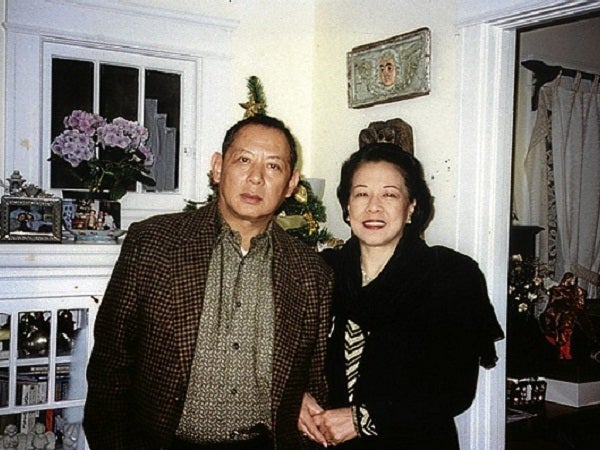 Bea and I are surprised that, after all this time, people still ask if we are related—just as surprised, it would seem, as the asker when told, no, we’re not related at all. Perhaps we ourselves inspire the wonder: we do feel and act like family toward each other more than actual blood kin.

Our special kinship began even before we were born. Our grandparents—Rafael and Enchay Roces and Dr. Leoncio and Nena Lopez-Rizal—were best-friend couples, and that closeness has been kept across two generations, from them to our parents to us. Like true family, we are in each other’s family commemorations and other similar affairs. If there have been no intermarriages, it’s precisely because such would have felt positively incestuous.

Bea, like me, was a first-born and an only daughter, of Antonio Bantug, gone now for several years, and Sony Lopez-Rizal, yet very much alive at 98. We grew up together, with two blood cousins of mine, Ninit and Sylvia, themselves first-born and only daughters and linked to Bea with the same historical closeness.

The four of us went to different high schools, but that made for no significant separation. After high school, our grandparents conspired with our parents to send us off on a two-year pre-college study in Europe in order, they said, to expand our horizons and thereby gain some wisdom—para tener mas mundo y juicio.

Presumably, they dreaded that if we stayed in our little world, with our little knowledge, we’d be susceptible to the epidemic of elopements afflicting our peers at the time.

To say I had known Bea well even at that early point would have been already an understatement. Yet, we were brought even closer in our married lives. Our friendship, as well as our children’s, remained unchanged despite the breakup of my first marriage and my eventual second one.

Indeed, Bea has changed little, if at all, in her looks—still slim and partial to tailored dresses, wearing the same easy-to-maintain short bob that shows off her flawless complexion, and, in her ways, still soft-spoken, painfully shy, unable to go anywhere unaccompanied, always thoughtful, proper  and above all, fair.

If she had any flaw at all, it would be an unassertiveness for which she alone, if ever, presumably suffered.

But I see her today as a hero, the sort that takes what life throws her way and does her best with it; indeed, she takes what comes as life’s duty, to be discharged with all her strength and conviction, and in that sense to be turned into a life’s blessing.

Truly surpassing expectations, surprising even an old friend like me, she has assumed multiple mother roles: she has reversed roles with her mom; stands in as mother to her youngest aunt, long widowed and childless now with the death of her adopted son, Tito, Bea’s own youngest brother; mother too, not merely big sister, to her own brothers; proxy mother to a granddaughter living away from her parents in the States; not to mention, perpetual natural mom to her own children.

And, as if this were not enough, she has yet to deal with the particular sort of ward not a few wives dread to take—the retired husband with too much domestic time in his hands. Bea has Ric Tan, a retired CEO, a banker, but theirs is a story—actually a fetching and wholesomely funny one—that deserves to be told exclusively.

It was in 2004 that Bea took the decisive step to take responsibility for her mother by taking her in; she was 91.

“My mom’s not sick, even at her age. She takes no medication, only vitamins,” she says, and adds rather proudly, “I myself take medication—for hypertension.”

“She’s easy to feed, eats little. Of course, she doesn’t recognize anyone, not even me, but she’s pleasant—no trouble at all.”

Bea does have assistants—a nurse, a maid and a caregiver—but still the responsibility alone could not but change one’s life.

She used to visit her mom twice a week in their old family home; now she’s grateful for the arrangement—her own arrangement—that allows her to check in on her as often as she wants, grateful with each confirmatory moment that she still has her.

She has the same attitude about her aunt Naty, still ambulatory and lucid but, at 95, no hopeful prospect either: “I’d much rather she be with me, not just to keep mom company, but also so that I don’t have to worry about her.”

Bea’s sprawling home in Sun Valley, Parañaque, has also become the hub for her three surviving brothers and their families.

In her original, natural mother role Bea has been heroic enough. Her five children, all married now, four of them boys, have counted on her in bachelorhood and in marriage, in sickness and in health.

The eldest, Eva, an only daughter, lives with her American husband and their children in the States. Bea and Ric visit them often enough even though they come home for the holidays. Bea is particularly attached to her first granddaughter, 21-year-old Erica, who calls her “Mama.”

When Erica learned that her grandmother had a pacemaker planted in her in December 2010, she came the following April, all packed to stay with her for at least her college years. By taking in her American-bred granddaughter, Bea may just have accepted her toughest mother role yet.

But, again, characteristically, Bea allows little worry: “Erica is a sweet girl, good about following rules. She keeps in touch when she’s in school or out on a date—double date. Thank God for cell phones!”

All the same, she’s alert to cultural conflicts Erica may find herself in. The family car (with Bea in it!) takes Erica everywhere. Erica thinks it’s an unnecessary imposition—she can drive and in fact did in the States—but Bea won’t have it any other way, not while she’s on a mission to correct what she regards as undesirable American ways.

“I want her to develop good manners, like showing respect for her elders in the nice old Filipino way, like looking at me when I’m talking to her, for instance.”

Ric couldn’t himself be happier, observes Bea, with the way she has embraced her responsibility.

Bea now adjusts her schedule so that she’s ready to go out with him on the shortest notice. They’ve made it together for 50 years, after all. Well, Bea is light and easy, an excellent traveling companion. For the passion, excitement and adventurism in their lives, she leaves Ric—in his younger years a diver, marathon biker, bull-race runner at Pamplona, in Spain—to make the plans and arrangements.

For instance, for their golden anniversary in August, the family, grandchildren included, went on a European cruise.

Giddy and in awe of her husband, like a young bride, Bea says, blushing, “Ric already has our plane tickets to Maui for July, and later in the fall, when our apartment gets untenanted, we take our yearly trip to Paris.”

These are rewards—Bea’s own medals of valor—for her unusual heroism, and no one knows better how deserving she is than Ric.