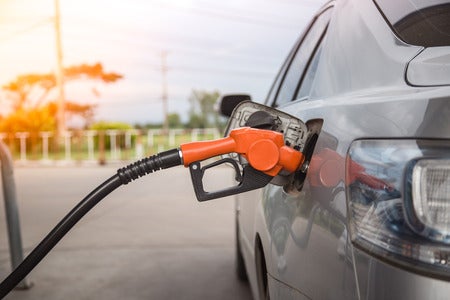 One vehicle in Nova Scotia, Canada appeared to have been stolen, though later discovered to have only been taken by accident, and was eventually returned — with a full gas tank.

The Royal Canadian Mounted Police (RCMP) initially received a 911 call from a woman about a stolen vehicle on Dec. 9, after 6:30 p.m, as reported by CBC.ca on Dec. 10. The vehicle, a white Hyundai Santa Fe was parked next to another vehicle identical to it.

The motorist (identity withheld) said that when she came out of the building, her vehicle was gone.

Apparently, the unnamed owner of the other car had mistaken her car for his. Without checking the plate of the car, the identical car owner rode the car of the motorist and drove off.

RCMP Cpl. Dal Hutchinson said the authorities believe both vehicles were not left running at the time of the incident; rather, the mix-up happened because some push-button vehicles can be started even without the keyless fob in the vehicles, the report stated.

“Both vehicles were identical in make and model, however one was a 2016, the other was a 2017,” Hutchinson said in the report.

The vehicles were later returned to their rightful owners. The motorist also reimbursed the identical car owner for the full gas tank. Kate Matriano/JB