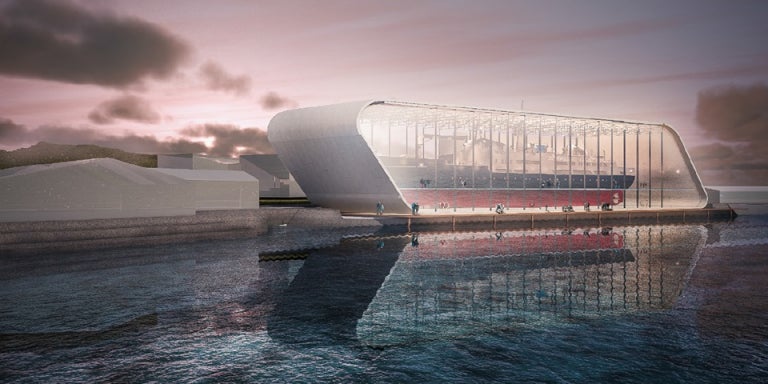 ‘World’s largest artifact’ to be housed in Norwegian museum

A new building is being constructed to house the landlocked ship MS Finnmarken, which will be the centerpiece of the new Hurtigruten Museum in Stokmarknes, northern Norway.

The 1956 ship arrived at the museum in 1999 and is open to visitors all year during business hours. With its stately interiors and a rich history, the ship is described as the world’s biggest museum artifact.

Nordic construction company Peab announced it has been tasked with building the protective structure that will house the ship. LINK arkitektur is behind the design, and has conceptualized a 3,600-square meter building composed mostly of glass and steel.

“We will restore and build on the existing buildings when we house the ship so that the entire Hurtigruten Museum will be new and modern,” said Peab regional manager Gro Skaar Knutsen.

Construction will begin in April, with occupation slated for a year later, in April 2020. JB